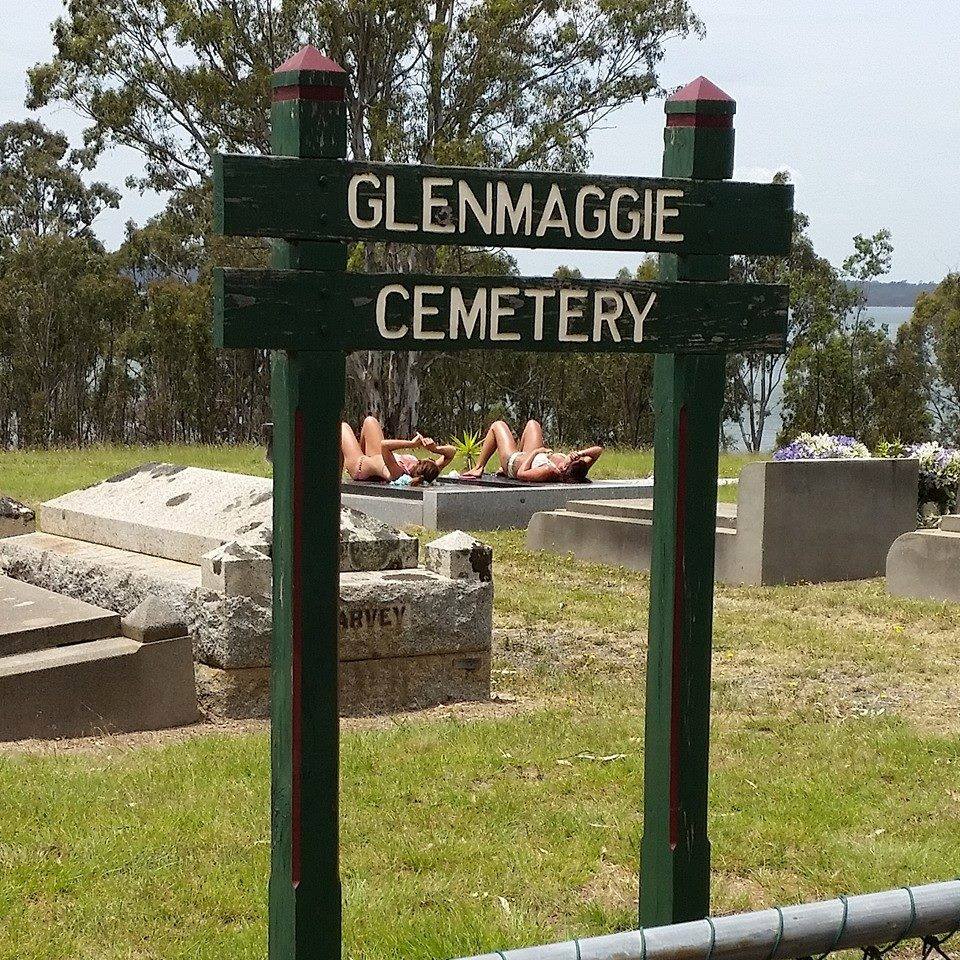 A PHOTO of two bikini-clad sunbakers on graves at Glenmaggie which came to light late last week has sparked outrage.

The photo has gone viral, picked up on websites across Australia as well as overseas sites, including in the United Kingdom, United States and Africa.

People on social media have branded the actions of the women as “disrespectful” and “shameful”.

Relatives of those buried at the cemetery are also upset at the sunbaking incident.

On the Gippsland Times Facebook page one woman wrote: “Yes, there are more important things, but my dad and grandparents are buried there, so to me it’s not nothing”.

Others wrote: “My family are buried there and I am not impressed.”

“Pretty disrespectful? Really.. My relatives are buried there and had these two girls been lying on their graves I don’t think anyone in my family would have been impressed.”

“My grandma and grandpa’s graves are the ones with the flowers … the girls aren’t lying on theirs and I still get angry! Just disgusting!”

One wrote: “What is wrong with people? How can anyone who has been raised with any decency at all think that this is OK? I would be horrified if this was the grave of one of my loved ones. The lost art of respect towards others needs to be reintroduced to people like this. No excuses (for) this behaviour. Disgusting.”

Glenmaggie Cemetery Trust member Peter Coleman, who has relatives buried at the cemetery, has branded the sunbakers’ actions as “ridiculous” and called for an apology.

However, he was thankful there was no damage.