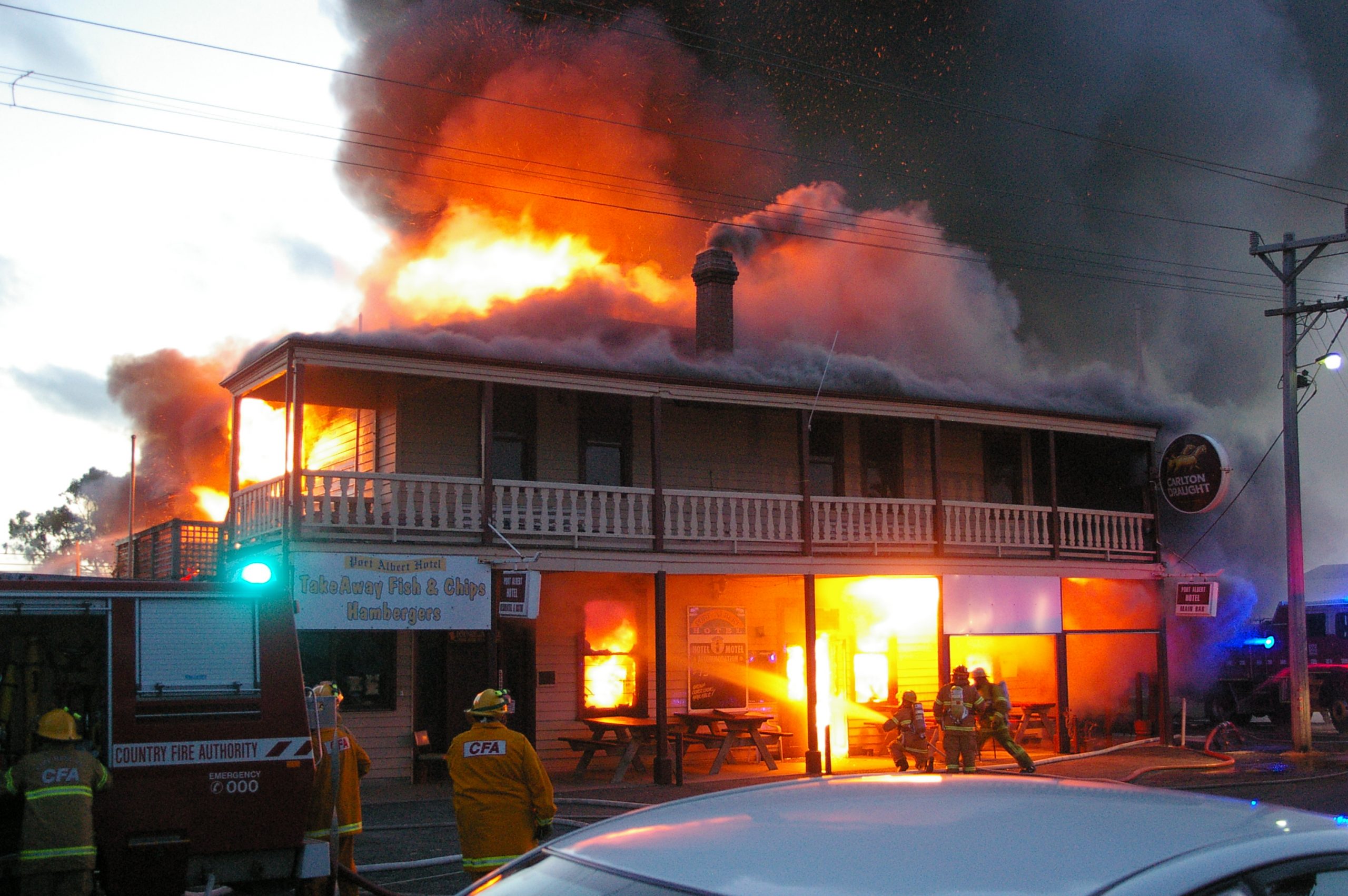 POLICE have arrested a 68-year-old Leongatha man in relation to a fire which destroyed the heritage-listed Port Albert Hotel on February 17 last year.

Police executed a search warrant at an address in Callaway Crescent, Leongatha on Tuesday morning.

The man has been interviewed and released pending summons.

The hotel had been Victoria’s oldest and longest continuous licensed hotel.

The hotel was completely gutted in the fire and had to be demolished, with only the motel accommodation units at the rear of the old building saved.

A vacant block of land is all that remains today.