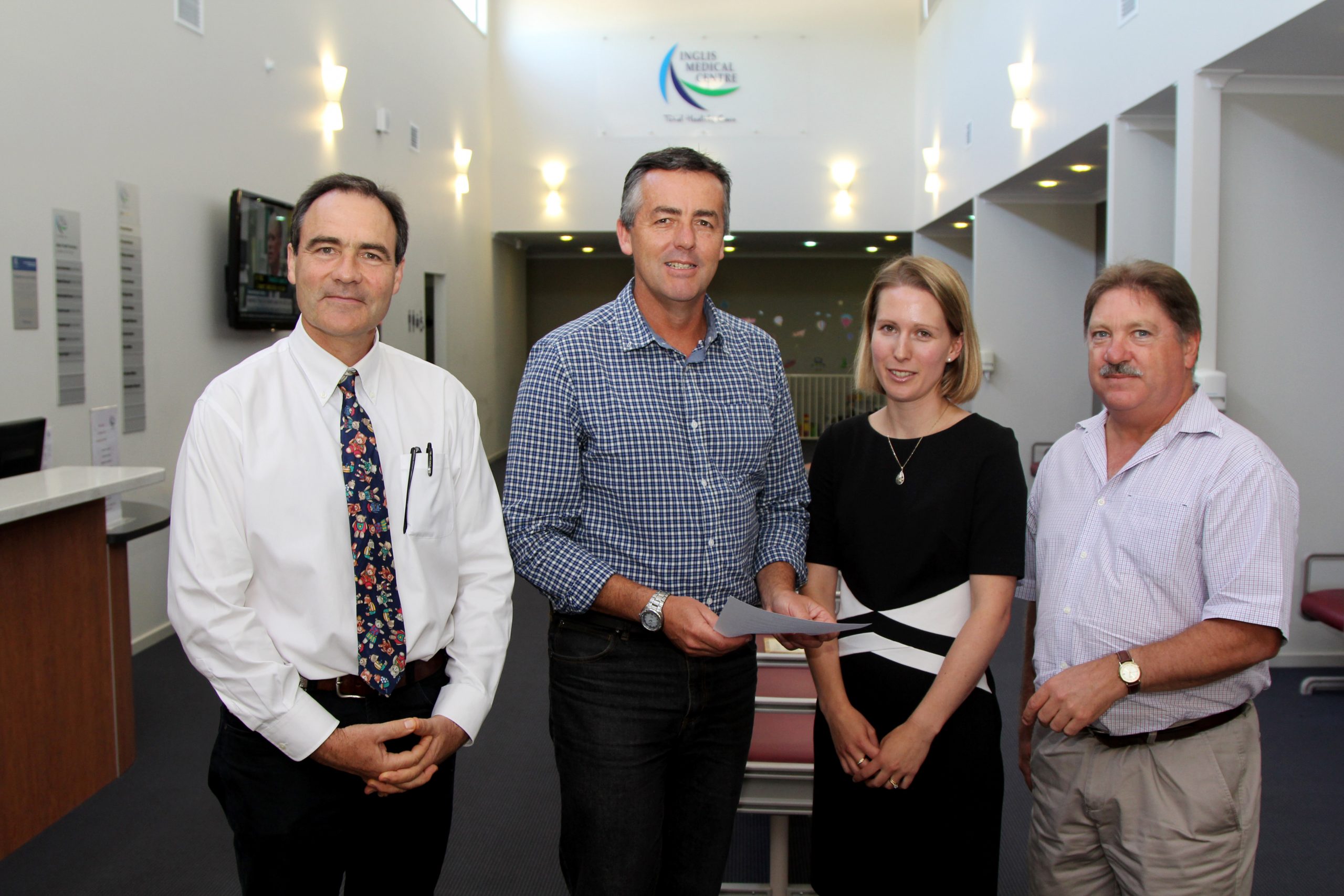 THE federal government’s controversial changes to rebates for general practitioners did not go ahead on Monday.

In response to concerns raised about the new Medicare measure, reported in Friday’s Gippsland Times, Health Minister Sussan Ley said the changes to level A and B GP consultation items were to be “taken off the table” and not implemented.

Level A consultations, which are currently untimed, were to be regarded as less than 10 minutes and attract a rebate of $16.95, becoming $11.95 from July 1.

The move was welcomed by Gippsland MHR Darren Chester.

He said he had lobbied Health Minister Ley on behalf of local GPs since proposed changes to rebates for consultations less than 10 minutes were announced in December.

“Over summer I’ve already met with 15 local GPs and I’ll continue to meet with doctors and health professionals, asking their advice on ways to keep Medicare sustainable for future generations,” Mr Chester said.

“I’m looking for practical, common sense ideas from people on the ground.

“If we all acknowledge there is a problem with Medicare spending being unsustainable in the longer term, then we need to work together to find solutions that ensure bulk-billing remains available to those who need it most.”

Mr Chester said he would write to Gippsland GPs seeking their advice on ways to find savings in health expenditure.

“At the moment, taxpayers are spending $20 billion each year on Medicare, but we raise only $10 billion from the Medicare levy.

“With spending set to climb to $34 billion in the next 10 years, we’ve got to come up with ways to make sure Medicare doesn’t collapse under its own weight.”

“Local GPs provide an essential health service, but they are also small businesses providing employment and trying to make a profit,” he said.

“I want to work with them to make sure they remain prosperous and our Medicare system remains strong into the future.”

The Australian Medical Association argued the rebate cut would have

meant doctors were forced to charge the patient, rather than bulk bill, to ensure their practices remain economically viable.

The reduction in rebate was expected to impact most heavily in rural areas where there are few bulk billing practices and doctors face higher overheads.

Doctors currently receive $37.05 for a level B consultation of between six and 20 minutes, with critics suggesting this leads to some practices scheduling short appointments.

“As the new Health Minister, I am announcing that I will be undertaking wide ranging consultation on the ground with doctors and the community across the country in order to come up with clear options to deliver appropriate Medicare reforms,” Ms Ley said.

The minister said her consultation would be guided by the principles of protecting Medicare for the long term, ensuring bulk billing remained for vulnerable and concessional patients, maintaining high quality care and treatment for all Australians, and having a modest co-payment for those who have the capacity to pay.

“I have spoken to key medical groups this morning to inform them of the government’s decision and my commitment to continuing to consult with them and their members,” she said on Friday.

“The government is committed to encouraging doctors to spend more

time with patients where appropriate, whilst ensuring that taxpayers’ dollars are effectively targeted.

“As the Australian Medical Association and the Labor Party have acknowledged, it is important to shift away from ‘six minute medicine’ so that appropriate, comprehensive care is better rewarded over patient throughput.

“Longer consultation times are associated with better health outcomes for patients. Doing nothing is not an option.

“Under the old attendance Medicare Benefits Schedule item structure, financial incentives favour shorter consultations, driving some doctors to provide “sixminute medicine” rather than more comprehensive care. For example, the MBS rebate is currently the same for a six minute GP consultation as for a 19 minute consultation.

“Medicare expenditure should more accurately reflect the time a GP spends with a patient.”

According to the minister, in the past decade, spending on Medicare has more than doubled from $8 billion in 2004 to $20 billion today, yet the government raised only $10 billion from the Medicare levy. Spending is projected to climb to $34 billion in the next decade to 2024.

“Medicare will not survive in the long term without changes to make it sustainable,” she said.

“The government is committed to making Medicare sustainable for the long term, improving the quality of care for patients and continuing repair of the budget.

“The government’s plan to build a stronger Medicare will ensure that Australians can continue to affordably access world class health care.”

“The AMA has tirelessly lobbied the government to amend their proposed Medicare changes,” he said.

“We will continue to work closely with Minister Ley as she has not withdrawn the July 1 changes — a 13.5 per cent rebate reduction for the standard level B GP consult or the four-year indexation freeze — these policies must also be scrapped. It will be impossible to run a GP practice in 2018 on below-par 2014 rates.

“It is telling that Minister Ley explicitly stated that she will ‘engage, consult and talk to the sector’. This is fundamental and has been absent in all of the government’s co-payment and Medicare proposals thus far.”