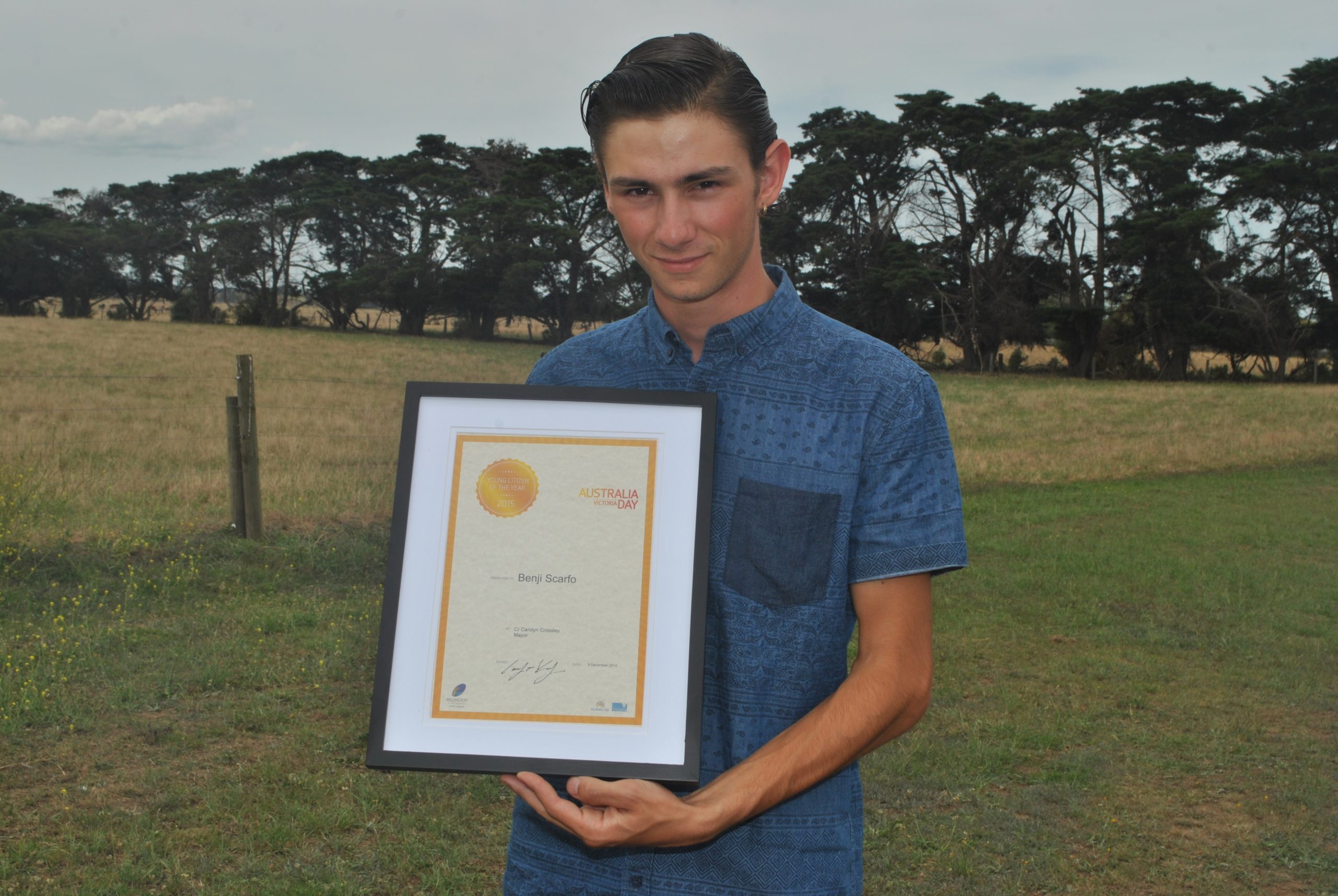 SEEING the community come together for a cause is a great thrill for Fulham’s Benjamin Scarfo.

It is this thrill which has motivated his ongoing charity work, and subsequently awarded Wellington Shire Council’s young citizen of the year.

Nominated for his work in supporting the Leukaemia Foundation’s World’s Greatest Shave and Light the Night, Benjamin has also volunteered with the St Vinnie’s food van, feeding the needy.

“It was a big surprise,” Benjamin said of his young citizen of the year award.

“I’d done World’s Greatest Shave for two years in a row and when Light the Night came up, I asked if anyone was interested and if I could help run it.

“That’s where it all started and it has turned out to be pretty big.

“Light the Night grew every year with different organisers.”

Benjamin has been actively involved in the community for a number of years, serving on the Sale Agricultural Society committee where he has been previously awarded junior rural ambassador.

“This is my fifth year with the society committee,” he said.

“I started off going (to the Sale Show) every year and my brother and sister were both involved in the Agricultural Society.

“They both won the junior rural ambassador and for myself, it was creating more of a link to the show,” he said.

Despite entering year 12 at Catholic College Sale, Benjamin is showing no signs of slowing down with his charity work. When phoning Benjamin to arrange an interview, he was busy already brainstorming ideas for World’s Greatest Shave events to be held this year.

“I have been asked if I would be the local ambassador and have already started to do some publicity,” he said.

“We’ve been discussing what we could potentially do.

“”I enjoy getting the community together, making people more community minded,” he said.