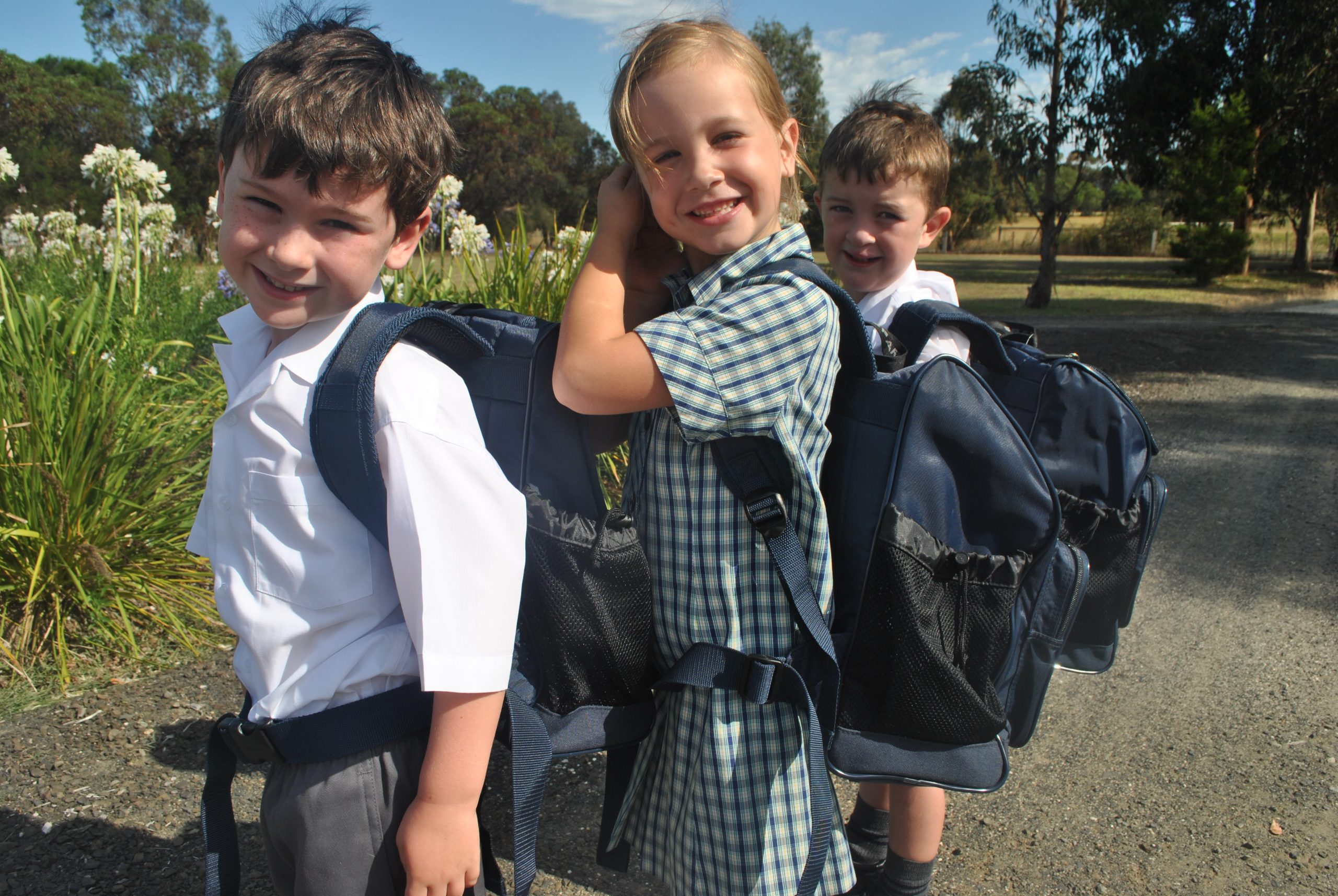 SHOES are being cleaned and uniforms ironed in preparation for the first day of school this week.

“Me and you have the same socks!” exclaimed an excited soon-to-be prep when he saw his cousin dressed in the same school uniform.

Sam and Bailey were most excited when they realised their school uniforms weren’t the only shared items they had.

“I’ve got an art smock too!” Bailey gasped.

Siena was a little disappointed she didn’t have an art smock yet, but her mum reassured her she would get one soon.

Sam said he was most looking forward to playing sports, while Bailey said he couldn’t wait to explore the playground.

“Everyone will be together on the same playground,” Bailey said.

They eagerly packed their school backpacks on Friday to prepare for their big week ahead and practiced packing their lunch boxes.

“I’m going to have a ham, cheese and tomato sandwich,” Sam said.

“(In my lunch box) I’ll put in banana, grapes, cherry tomatoes, and apple because they are brain foods,” Sam said.

“He couldn’t sleep the night before orientation because he was so excited,” she said.

“He got up at 5.30am to make breakfast before orientation.”

Wendy said the three children were sharing tips about what to take to school and the boys insisted on having the same type of water bottle.

Police are also reminding motorists to be aware that school will be back this week, urging them to pay particular attention while driving near schools and urging them to obey school zone speed limits.