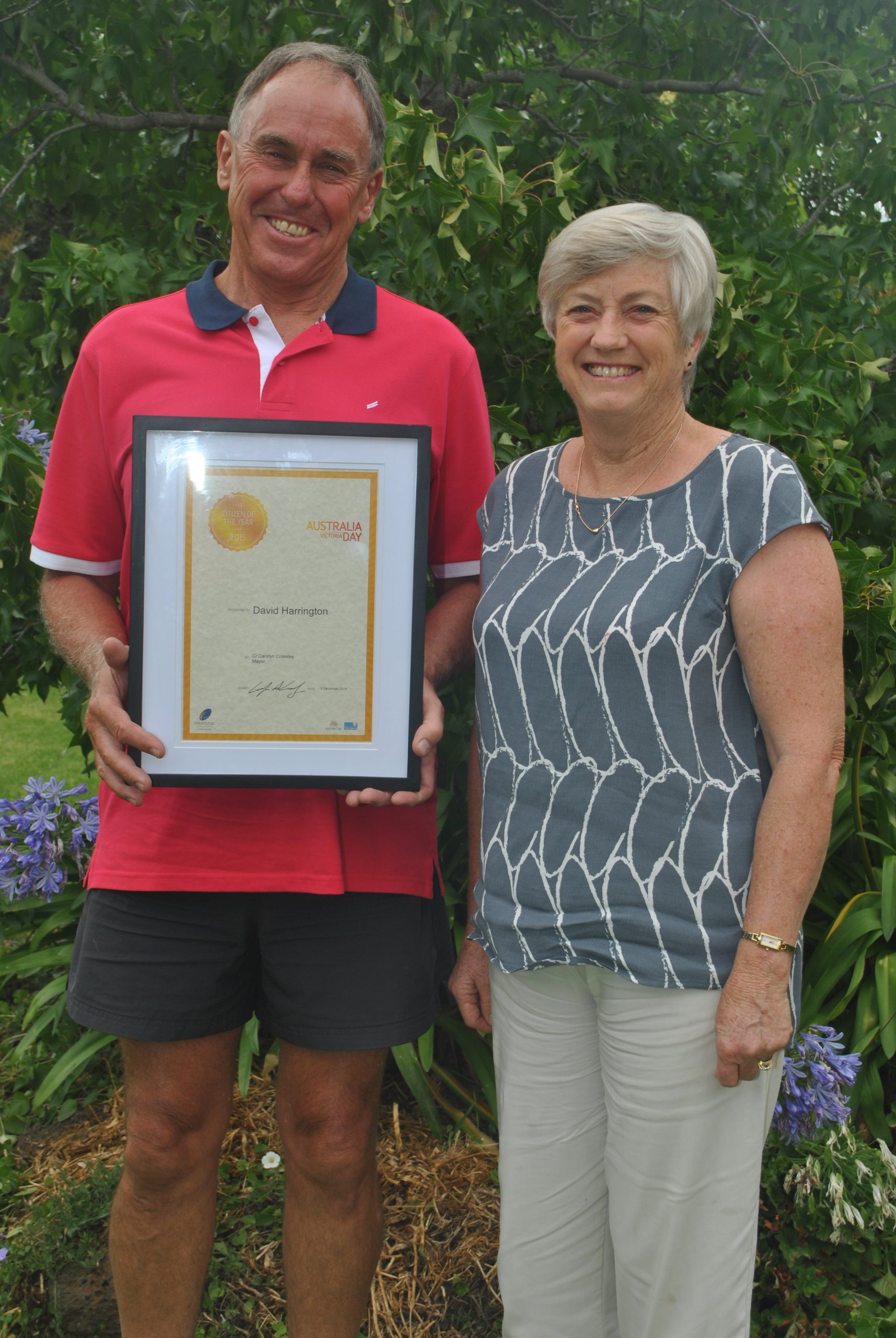 MODESTY appears to be one of David Harrington’s most admirable qualities, after his charitable nature and dedication to the Sale community.

The latter led to his most recent title of Wellington Shire’s Citizen of the Year for 2015.

David and his wife Heather moved to Sale in January 1976, two weeks after they married.

David has an extensive list of volunteer and community work, his most notable organising Wellington Shire’s (Sale’s) first Cancer Council Relay For Life more than a decade ago.

David said in 2000, he was reading the newspaper when he saw a notice for an information night for the Relay For Life.

“I do a lot of running and I thought it was a running thing,” he said.

“I was the only one who went to the information night.

“There must have been a coordinator there and we had a bit of a chat.

“A few days later I had a letter or email from Cancer Council about my interest and I thought I would find out a bit more about it.”

A committee was formed and the first Relay For Life in Sale was held in November 2001, raising about $65,000.

The biennial event in Sale has raised more than $1 million for cancer research since its inception, with $196,000 raised at the most recent event in 2013.

“Being a part of the committee was very exciting and satisfying to help the community by raising the money,” he said.

“But you can’t do these things without other people.

“The committee and the community are the ones raising the money.”

His other commendable accomplishments include the introduction of the Sale Music Festival, the pop up piano, volunteering for the Red Cross and Lions Club Clean Up Australia Day, among other things.

David was awarded the Rotary Club Paul Harris Fellowship in 2007 for his substantial contribution to humanitarian and educational programs.

Unable to attend the Australia Day ceremony in December, David said he would have liked to congratulate Benji Scarfo on winning Wellington Shire Council’s Young Citizen of the Year.

“I was principal when the Scarfos attended Wurruk Primary School,” David said.

“I was so proud to hear that Benji had won. He’s just a great kid.”

When asked how he felt about receiving this year’s title of citizen of the year, David said he felt “honoured”.

“I was looking at the list of other nominees and I thought some of these people, if not all of them, were more deserving (of the award),” he said.

“It’s a huge satisfaction but I think in many ways I got more back than what I put in.

“It’s a great community and that’s why it’s such an honour.

“We feel pretty privileged to be a part of this community.