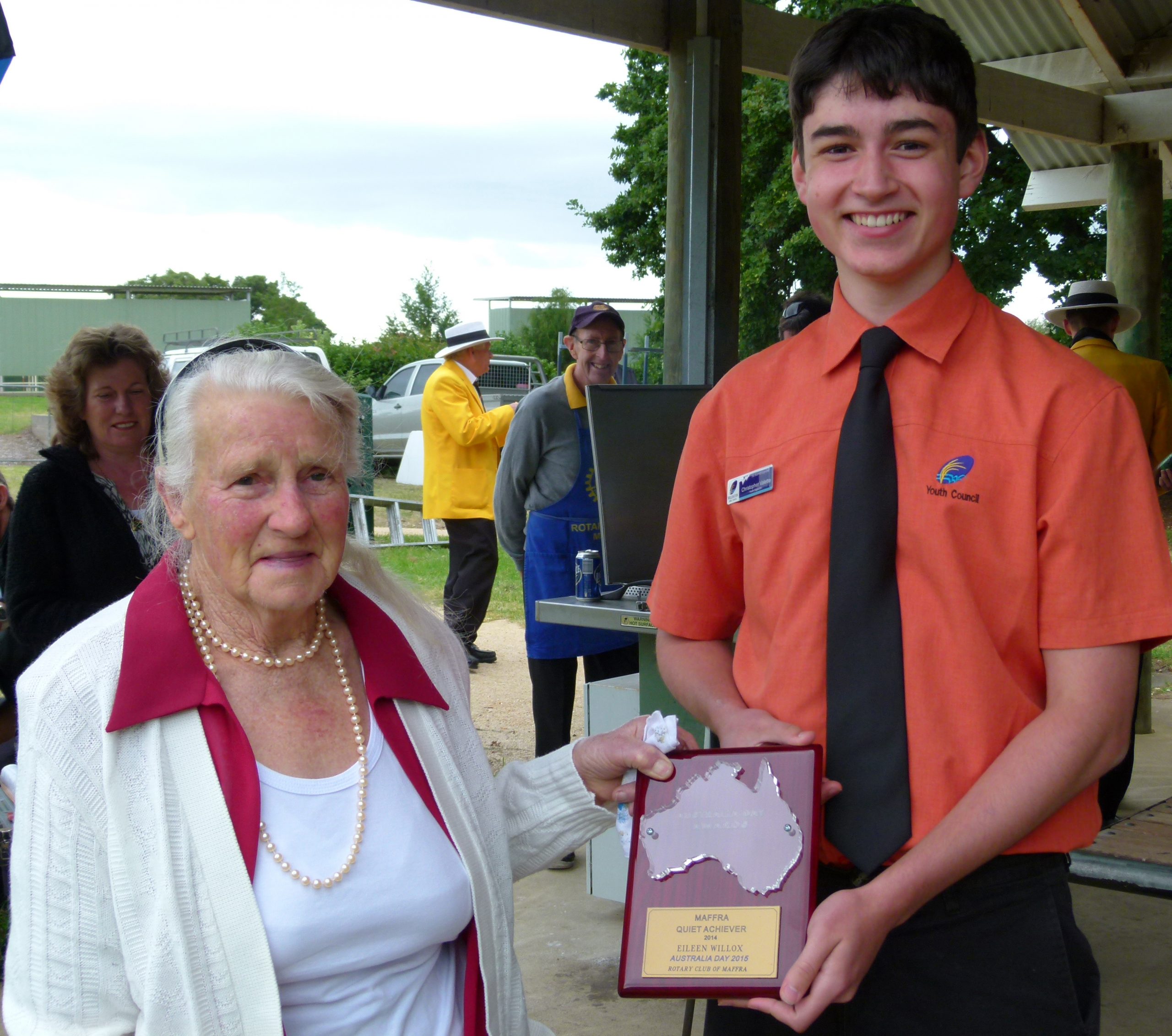 People from across Wellington Shire were recognised for their community efforts at local Australian Day events on Monday.

Rosedale’s Citizen of the Year has been awarded to the Reverend Lyndon Phillips for her countless hours spent helping people in the community.

Kaysha Mallinson was awarded Rosedale’s Young Citizen of the Year for her involvement in and dedication to the community and the encouragement award went to Xavier Tilley.

The Group Event of the Year was awarded to the Crooke family for their Holey Plain event and the Group of the Year went to the Rosedale RSL women’s auxiliary.

Trevor Donohue was awarded this year’s Heyfield Australia Day Citizen of the Year for his many years of service to a range of organisations in Heyfield.

The Heyfield News achiever’s award went to Jenny Snow for being an active and willing volunteer in various groups in Heyfield.

Maffra’s Quiet Achiever award was given to Eileen Willox of Boisdale, who has been caring for local injured and sick wildlife for more than 30 years.

Young Quiet Achiever Ryan Wheeler has been involved with Maffra Fire Brigade since he was at secondary school and has been recognised for his determination and dedication.

The Quiet Achiever Group was awarded to the Maffra and District Agricultural Society Committee.