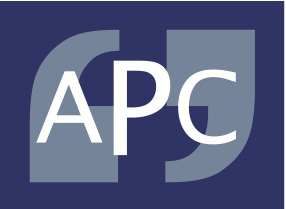 The Press Council has considered whether its Standards of Practice were breached by an article in The Gippsland Times on 15 April 2014 headed “Labor labelled as health ‘hypocrites'”.

The article said that according to Victorian Health Minister David Davis, health funding in Central Gippsland had increased under the current Liberal government, contrary to the Opposition’s concerns that severe cuts would be made to funding for Victorian hospitals.

The article drew substantially from a press release by Mr Davis on 3 April, “Coalition boosts funding to Central Gippsland Health Service”, including a quote in that release from an earlier press release by the Opposition Leader, Daniel Andrews.

The Council asked the publication to comment on whether reasonable steps had been taken to ensure accuracy, fairness and balance in the article. In particular, it asked for comment on the fact that almost all of the article was taken verbatim from the Minister’s press release.

Almost all passages taken from the Minister’s release were attributed to him. This was not done, however, in relation to the words “Labor MPs voted against the interests of Victorians and voted in favour of Julia Gillard’s $107 million cut to Victorian hospitals in 2012-13”. The Council asked the publication to comment on why these words had not also been attributed.

The publication confirmed the article had been constructed from the Minister’s press release, which it said was not an unusual practice for small regional newspapers. It conceded that, although the publication had very few staff, the failure to attribute one of the statements to Mr Davis should have been noticed and corrected before publication.

The publication also said the article accurately quoted from the Minister’s press release and included balancing comment from Mr Andrews’s release. It said it had intended to include other material from the Opposition’s release in an earlier article but had not done so because of space constraints.

The Press Council considers that newspapers are entitled to draw heavily on a press release provided that in doing so they comply with the Council’s Standards in relation to such matters as accuracy, fairness and balance. It emphasises that any material taken from a press release should be presented in such a way that facts or opinion being asserted by the issuer of the release are clearly distinguishable from those being asserted by the publication itself.

The Council considers therefore that the article’s heavy reliance on a press release was not in itself a breach of the Council’s Standards of Practice. But the failure to present some material as a statement of opinion from the Minister’s release did constitute a breach. The Council welcomes the publication’s acknowledgement of error and of the need to avoid repetition. It commends this approach for adoption by other publications.