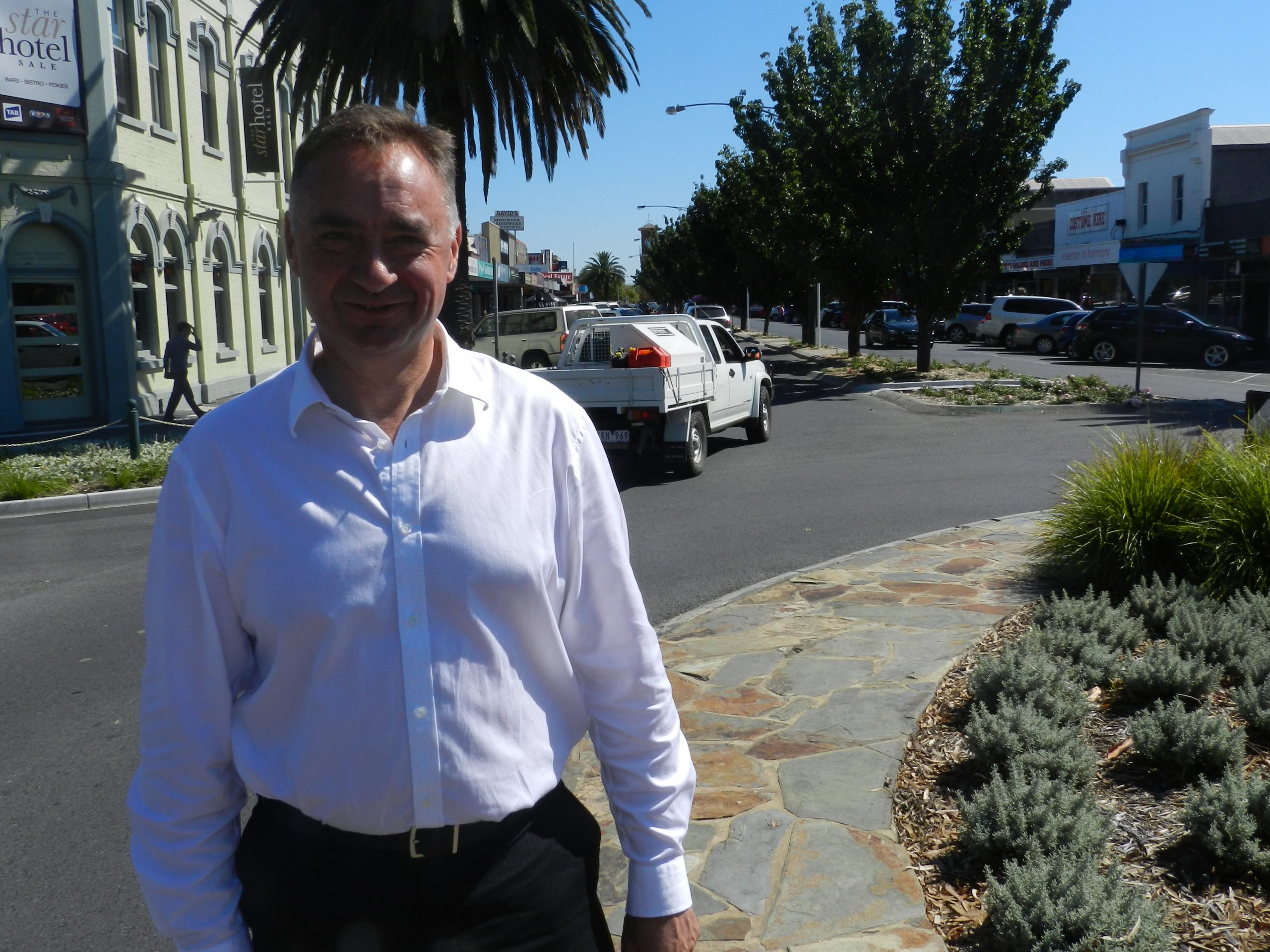 SCOTT Rossetti is taking leave as a Wellington Shire councillor to contest the Gippsland South by-election because he believes he can provide a clear voice to advocate for the region in state parliament.

Mr Rossetti was last week endorsed as the Liberal Party candidate for the March 14 by-election.

While the Coalition agreement between the Liberals and Nationals generally prohibits either party contesting a seat held by member of the other party, they are allowed to field a candidate when a member is retiring.

The by-election was triggered when the Nationals’ Peter Ryan retired after more than 22 years as Gippsland South MLA.

The Liberals have not held Gippsland South since 1982.

With the Liberals able to contest the by-election, Mr Rossetti said the people of Gippsland South had an opportunity to decide who would take their voice to state parliament.

“At the moment we’ve got a real choice: who is going to be the one to most effectively do that, to listen to what the communities want, to advocate for that and get the results,” he told the Gippsland Times.

“I’m putting forward that business experience, that involvement in the community and local government experience as my credentials there.”

Born and raised in Sale, the father of three said he had grown up in a family committed to serving the community. His father Geoff was mayor three times of the former City of Sale.

Mr Rossetti has sat on the boards of the local school and bowls club, TAFE, economic development groups and Rotary.

“It was natural to be involved in the community,” he said.

Mr Rossetti is managing director of Gippsland Funeral Services, which has offices in Sale, Yarram and Foster.

“Having run businesses since age 14, that business experience has just solidified all the way through,” he said.

“The essentials are still the same but it’s just a lot more complex.”

Three times mayor of Wellington Shire, Mr Rossetti said he recognised the importance of getting out into the community.

As mayor, he responded to every invitation and attended functions whenever possible.

“That way you get amongst the people in our communities and understand what’s happening in all of the pockets,” he said.

“I propose doing the same thing in Gippsland South.”

Visits to Melbourne for meetings have highlighted to Mr Rossetti how much the region needed a strong voice.

“I was disappointed many times when I went to Melbourne as mayor to go to different presentations on what was going on in the state, and a lot of the bureaucrats in particular don’t kind of get that we’re here.

“They’ll talk about rural and regional Victoria and in one breath it will be ‘Bendigo, Ballarat and Geelong’.

“Our population centres don’t match those areas, so they can kind of forget we’re here.

Among local issues requiring attention, Mr Rossetti said he would advocate for the new the Sale Specialist School.

“The Coalition had committed before the last election $15 million for the next stage; we haven’t heard that out of the Labor government,” he said.

“We need to be banging on the table for that.

“The condition of roads also needed to be addressed, Mr Rossetti said.

“I know there’s more that can be done on the roads around Sale, but is gets worse as you go further west (in the electorate).

“The local roads, while they’re typically local councils’ responsibility, the shires rely on funding from the state government, and federal government from time to time, to do a lot of that work.

“When the roads and bridges funding and other funding streams don’t go through from state government, it makes a huge impact on what the local government can do on their roads.”

Mr Rossetti said the moratorium on onshore gas exploration and extraction should continue until the risks were proven.

“My personal view is we need to be particularly careful about risking our agriculture for the attainment of that energy source,” he said.

“To me, it’s much more about understanding what the risks are.

“We already drill through the aquifers for oil and gas (offshore), there are risks that have been covered off.

“I want to see what the risks are onshore and how they’re covered off before I’d be supporting that.”

Mr Rossetti said the East-West Link through Melbourne, set to be scrapped by the Labor government, would provide better access to the Port of Melbourne for Gippsland produce.

“It’s about getting the trucks to the port or across town,” he said.

“If it takes longer for our trucks to get through, businesses become less viable; it’s pretty straightforward.

“When there’s a breakdown on the Bolte Bridge, all hell breaks loose.”