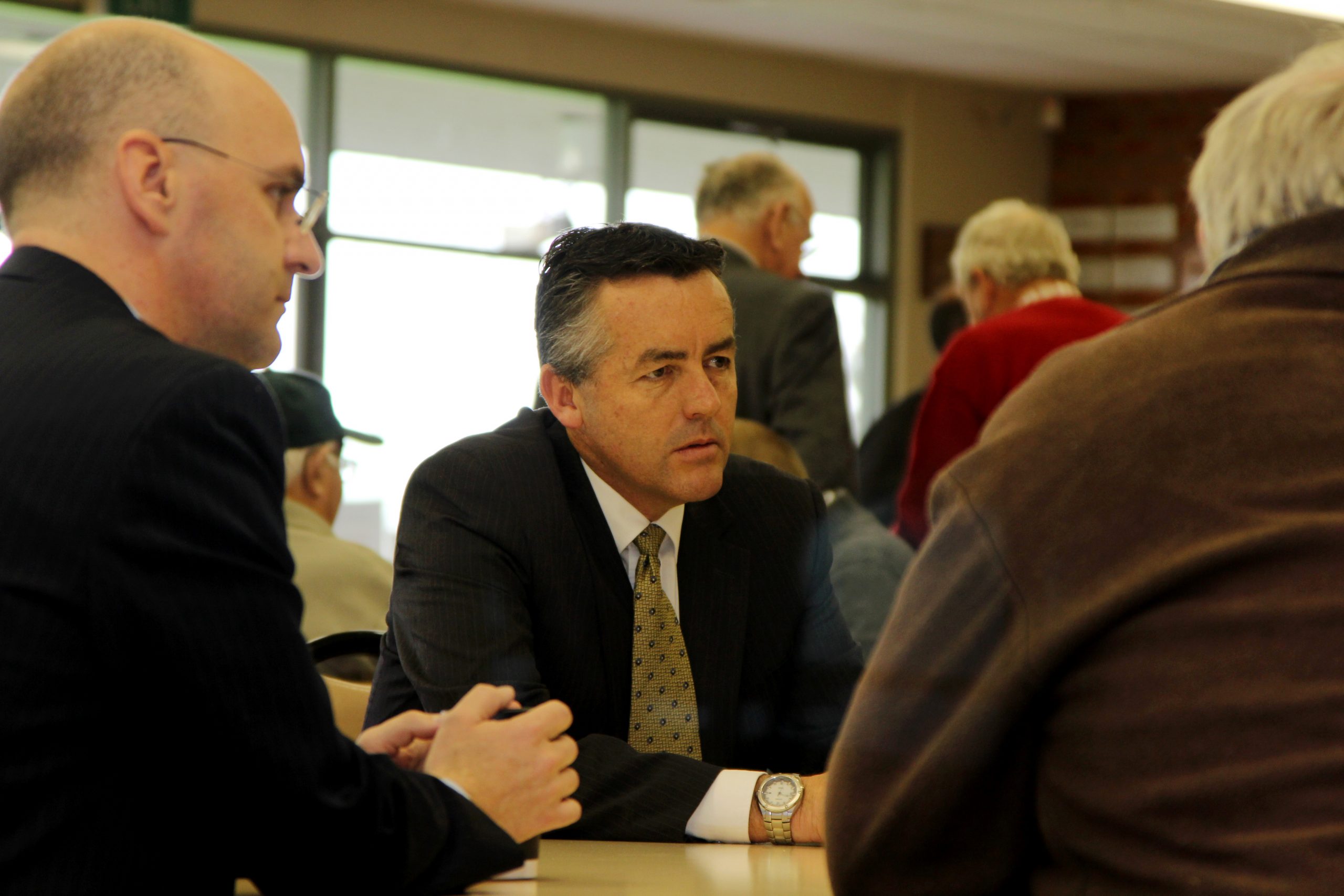 WATER Minister Lisa Neville has been invited to visit Gippsland to see first-hand the merits of modernising the Macalister Irrigation District.

The invitation from National candidate for Gippsland South Danny O’Brien came after Agriculture Minister Jaala Pulford stated funding for the next stage of the project was “not a priority” for the state government.

Mr O’Brien was hopeful that would change if both ministers visited the MID.

“I’ve written to Lisa Neville and asked her to visit Gippsland so we can arrange a meeting where local farmers can explain the very strong merits of the MID project for our region,” he said.

The MID upgrade was earmarked as a project ready for capital investment within the next 12 months in the federal government’s Agricultural Competitiveness Green Paper, released in November.

Before the last election, the Liberal-National Coalition pledged to provide $10 million for phase 1B of the project, which involves modernising the Southern Tinamba delivery system with pipelines and automated channels.

The first stage of the project, currently underway, is due to be completed in 2017.

Last week the federal government announced a $60 million investment into five irrigation schemes in Tasmania based on a Tasmanian government co-contribution and Mr O’Brien said it was time for the Victorian government to step up and engage with the Commonwealth so Gippsland irrigators did not miss out.

“Agriculture, especially dairy, underpins a number of Gippsland communities and the MID modernisation

has a strong business case,” he said.

“Given the precedent of the Tasmanian funding, there’s a very good chance of leveraging the Commonwealth funds we need to complete the next phase so long as the state government reinstates the $10 million the former Coalition government previously had on the table.

“I’ve been working with member for Gippsland Darren Chester on federal funding and have spoken directly with Federal Agriculture Minister Barnaby Joyce to press home to him the merits of the project.

“More efficient infrastructure will help boost productivity, which in turn will mean stronger farm businesses, jobs and investment for Gippsland.

“Minister Pulford is new in the role and hails from western Victoria so I think she and Lisa Neville just need to come and see the MID and they will understand what a good business case there is.

“The MID delivers annual economic activity of $500 million to our region and the next phase will increase that by a further $45 million.

“I urge both the Water Minister and Minister for Agriculture to meet with us in Gippsland to hear first hand about the many benefits this project will deliver.”

Gippsland MHR Darren Chester said the state government would be making “a major mistake” if it didn’t support efforts to upgrade the MID.

“This project is critical for the advancement of dairy and vegetable production in Victoria, and it deserves to be made a top priority by both state and federal governments,” he said.

Minister Neville said the Labor government was currently busy delivering on all of its election commitments.

“We will look at Southern Rural Water’s plans and the next stage of this worthy project, but we won’t be making commitments that may or may not be in this budget,” she said.