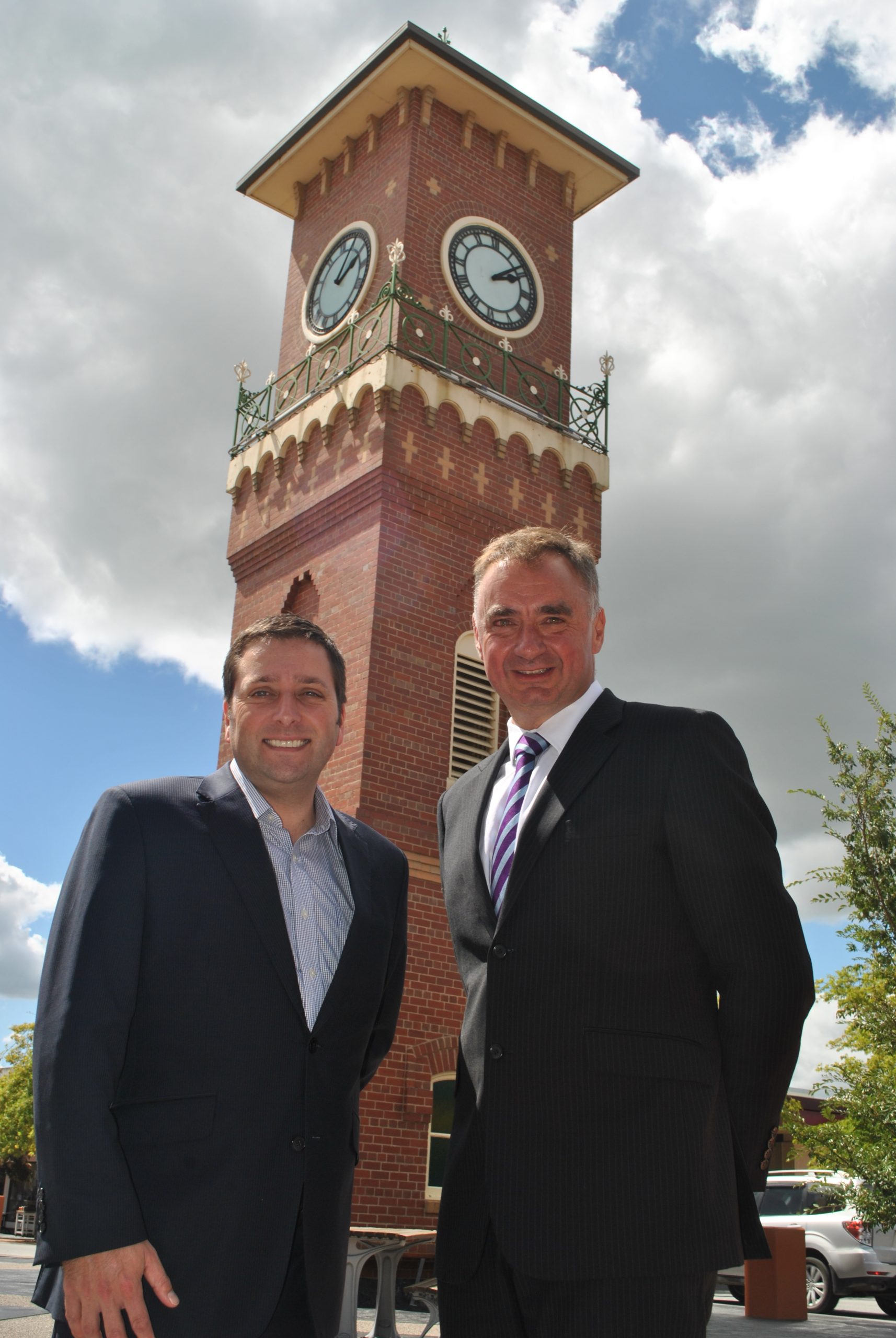 “He’s local, got a local business (and) well-known in Sale.

“Gippsland South is a pretty big seat so it’s a seat that obviously covers, as the name suggests, south Gippsland all the way up to the Wellington Shire in Sale, so there’s a lot of different communities of interest.

“When there is a retirement, obviously either out of a Liberal or National MP, we do field a candidate and that’s a good candidate there in Scott.”

Mr Guy said having both a Nationals and Liberal candidate in the running for the seat would result in a mature and sensible contest.

“Both of them will be excellent additions to the Coalition team.

“Peter Walsh (Nationals leader) and I have a very, very good relationship, so we’re pretty confident that we’ll have a sensible and mature contest between two very good candidates.

“Both of them, whomever wins, whether it’s Danny (O’Brien), who I know personally, or Scott (Rossetti), whom I’ve known for a number of years, will make a very good addition to the parliamentary team.”

Mr Rossetti said it was important for people of the Gippsland South electorate to be given a choice about who they wanted to represent them.

“The Coalition agreement allows for the fact that when the seat is vacated, that both parties can run and I think it’s really important to give people a choice,” Mr Rossetti said.

“Certainly what I bring is real experience in business, in local government, in community.

“Ultimately a democracy allows for a community to make that choice.”

Mr Rossetti said he would use his years of experience in the local community to deliver outcomes for the people of Gippsland South.

He said he supported the coal seam gas mining moratorium that was put in place.

“On council, I supported strongly the moratorium that was put in place to be able to wait, research, understand the risks,” he said.

“I’m keen to see the current government continue that, which they’ve done, because we need to understand what those risks are before any of the non-conventional gas mining takes place.

“The issue about whether a farmer gets the right to veto or not, I think is something that’s much further down the track because ultimately we need to understand first of all, are we comfortable for that type of mining to take place and then what’s it going to look like, what are the rules around it.

“The main point is we need to make sure it’s safe,” Mr Rossetti said.

“If it’s not safe, it doesn’t matter if one farmer’s got a veto because they’re going to doing mining next door.

“The first issue is, is it safe, then we can worry about how it happens, if it’s going to happen.

“But if it’s not safe, it shouldn’t happen.”