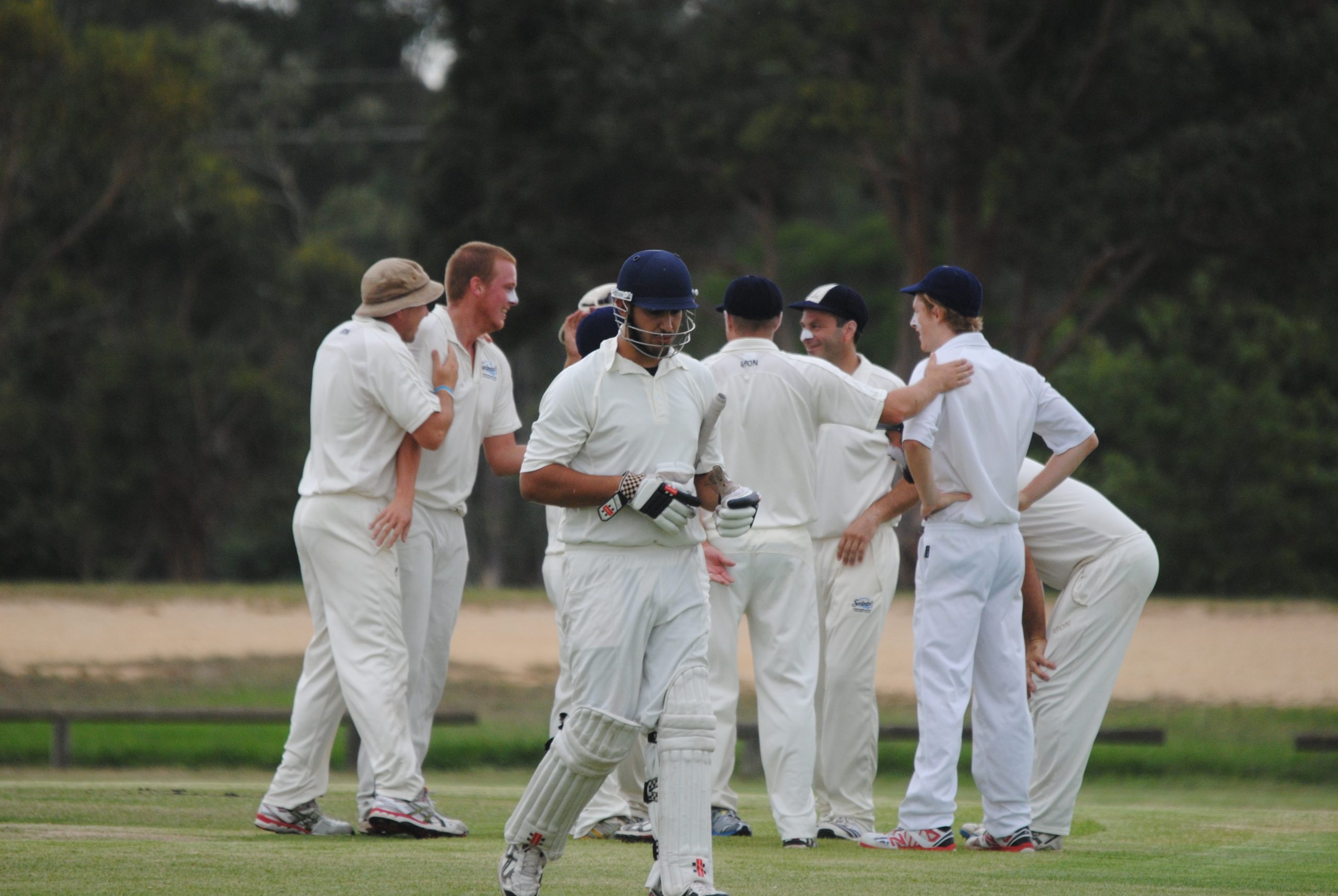 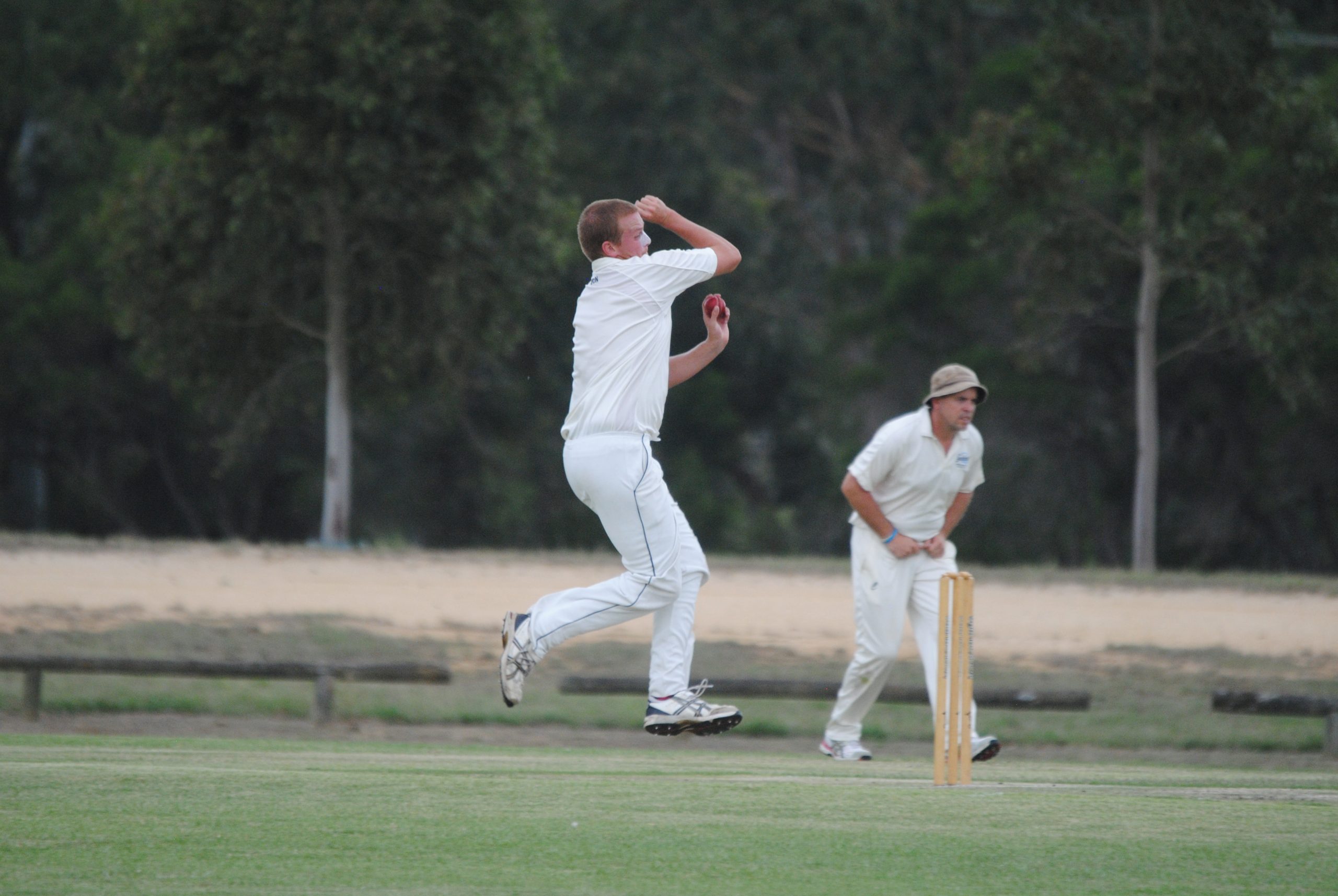 TWENTY-ONE wickets fell at Maffra as Boisdale-Briagolong claimed first innings points and a took a step towards the Sale-Maffra cricket finals.

With Stratford in danger of losing its points because of administrative issues, the match at Morison St has become a winner take all affair.

The Saints appeared set for a comfortable win after bowling the Eagles out for 59, only to also find themselves in trouble with the bat, only passing their opponents’ total with two wickets to spare.

Maffra was on the back foot early, having lost Dean Rowley with the first ball of the match. The man who replaced him in the middle, Josh Rurawhe, was back in the pavilion later in the first over bowled by Liam Hurst.

Wickets continued to tumble with captain Brett Lanigan, 19, and Anthony Higgins, 11, the only Maffra players to score in double figures before the side was bowled out for 59 in the 44th over.

James Gaul ripped through the Eagles order, finishing with 6-13.

Eager to make sure of a finals berth, the Eagles struck quick wickets early in the Saints innings, cutting them to 3-12.

When Andrew Gieschen was dismissed for 18, the Saints were 6-36.

The wickets continued to fall before a Toby Leeds boundary helped the Saints past the Maffra score. They were all out soon after for 72 in the 25th over with Leeds unbeaten on 18.

With 10 overs remaining, Maffra finished the day on 1-36 with Lanigan to resume next weekend on 12 and nightwatchman Magnuson four.

BUNDALAGUAH ripped through ladder leader Sale before a century from Ben Saxon put the Bulls in a good position by stumps.

Stratford’s possible loss of points could hand Bundalaguah points from earlier in the season, making this match a top of the table clash.

Sent in to bat, Sale was 5-6 with Karl High and Aaron Lynch causing the damage. A golden duck to Sale captain Ian Wrigglesworth, coming off a century, made matters worse for the visitors, who were eventually all out for 50.

With 12, Ben Jones was Sale’s top-scorer.

Needing only four bowlers, High claimed 3-19 and Lynch 3-17, with two wickets each from Dylan Rowley and Trevor Wrigglesworth.

Coming in after opener James Read was dismissed for a duck, Saxon provided the backbone of the Bundalaguah innings, scoring 104, his first century for the club. He shared in a 74-run third wicket partnership with Nathan Massey, who scored 24.

After from the third wicket stand, Sale, to its credit, took regular wickets to keep the Bulls honest. Ben Howes, Matt Raidal and Jack Wrigglesworth claimed two wickets each.

With Bundalaguah 7-162, stumps were called four overs early due to bad light.

ROSEDALE-Kilmany needs another 126 runs with nine wickets in hand to claim victory against Collegians.

Collegians was bowled out for 142 with Jayden Allison scoring 49 and Mitch Thacker 32. They came together at 3-11 to form a 58-run fourth wicket partnership.

Anthony Scott claimed 3-34 for the Warriors.

Rosedale-Kilmany batted the remaining 12 overs to reach 1-17 at stumps with Leigh Freshwater and captain Brad Scott to resume on day two. Thomas Love was the batsman dismissed for five.

STRATFORD is in a good position to defeat Sale City, 124 runs behind at stumps.

With the Redbacks still having hopes of making the final, Simon Williams claimed 5-28 to help dismiss the Lizards for 144. Jarryd Floyd scored 29 and Reece Traeger 23.

Chris Aurisch (12) and Sam Anstee (four) batted through the remaining six overs with their wickets intact, reaching 0-20 at stumps.