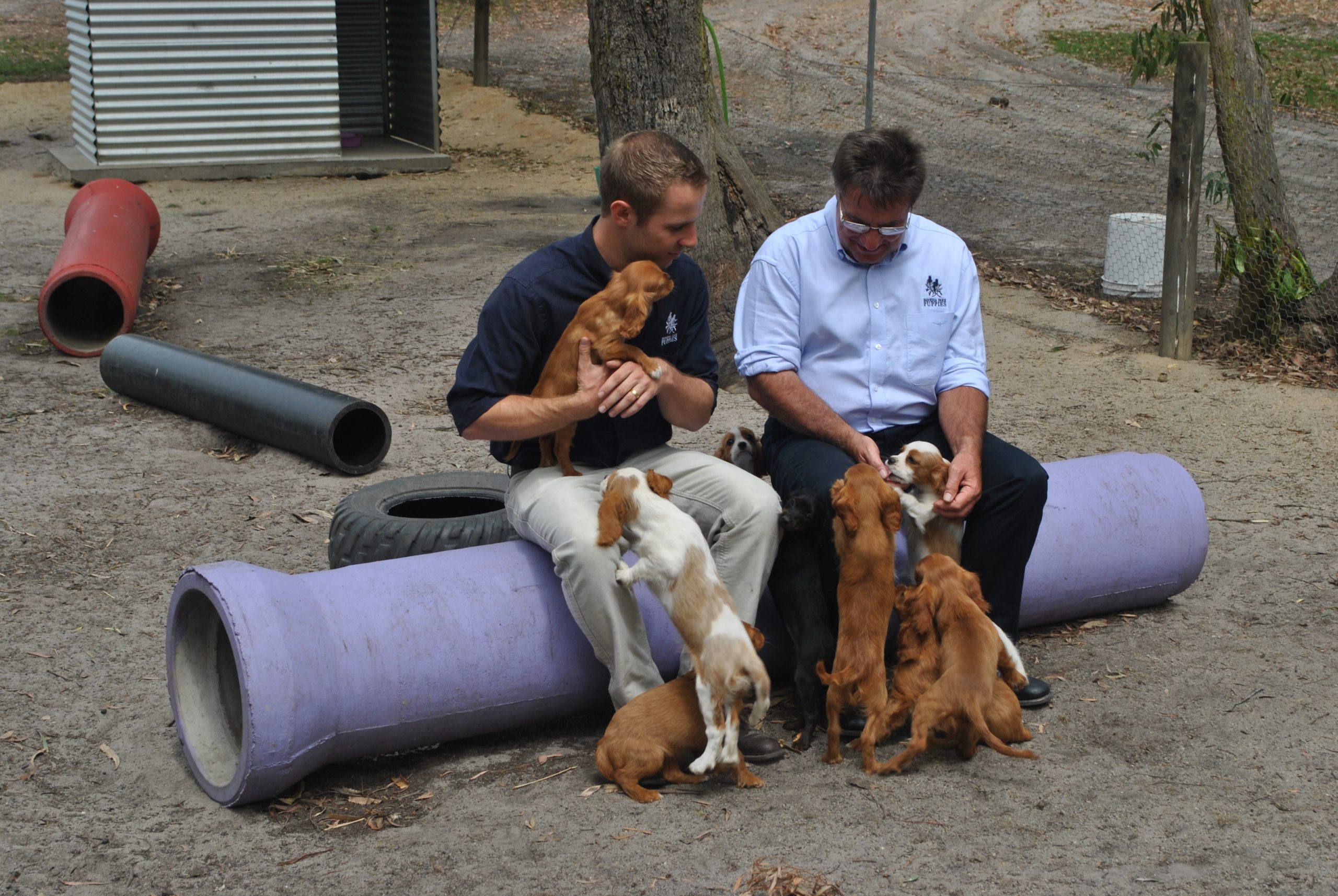 A STATE government proposal to introduce stringent controls over the sale of puppies will cost local jobs and won’t rectify the issue of rogue puppy farms, according to animal welfare groups and ethical dog breeders.

Strict regulations limiting pet shops and dog breeders to a maximum of 10 breeding females on any property at one time were among the promises made by Labor in the lead up to last November’s election, in an attempt to stop the ever-increasing number of puppy factories around the state.

However, key stakeholders have criticised the government for a lack of consultation and research.

“My biggest concern for this whole proposal is that it will make this industry something that is impossible to legislate over,” Mr Hams said.

“There are approximately 60 (dog breeding) businesses across Victoria, some large and some small.

“When the legislation comes into play and this all goes down to backyard breeding of 10 animals, it’s going to decimate the practice.”

Despite the dark shadow that has been cast over the industry in recent years, Mr Hams insists protecting ethical businesses such as his which only breeds dogs which are trained and specifically suited to family homes is the best way of ensuring animals are cared for and that buyers are not duped by rogue breeders.

“We offer everyone who buys one of our puppies a full tour of all our facilities so they can see where the puppy grew up and where its parents live and they can be assured that there’s none of what you see on television going on here.

“We currently have around 200 breeding dogs on our property alone, so that means that 20 sub-par facilities will step up to try and fill the void, because the demand for puppies isn’t going to reduce.”

In addition to the possibly disastrous consequences for the wellbeing of animals, Mr Hams said the new regulations would also ruin his business.

“We employee 15 local people, so being restricted to 10 breeding females isn’t enough to make a living from.

“Essentially that ends our business and means anyone who wants to breed dogs now will be doing it as a hobby.”

Mr Hams’ fears over the inability to regulate backyard dog breeders are shared by the national body representing the pet industry, the Pet Industry Association of Australia (PIAA).

The association’s acting chief executive, Bob Croucher, said that while stamping out rogue puppy farms was a priority, it was important not to over legislate against ethical pet businesses.

“(But) banning responsible pet shops will only drive the trade back to yards that are hard to regulate.”

According to the association’s statistics, about 85 per cent of Australia’s 450,000 annual dog sales are made via the internet, through individual breeders or by word of mouth.

Mr Croucher said the limited number of pet shop sales subsequently increased the likelihood of individuals buying from unlawful puppy farms, an issue that would have been realised had the government conducted more research before announcing the proposed regulations.

“The association has grave concerns that there has been no research (and) no consultation with the industry,” Mr Croucher said.

“The policy’s implementation will have major effects on not just animal welfare, but also legitimate and ethical businesses that have been operating and employing staff for many years.”

Attempts to contact the Minister for Agriculture and Regional Development, Jaala Pulford about the issue were unsuccessful.