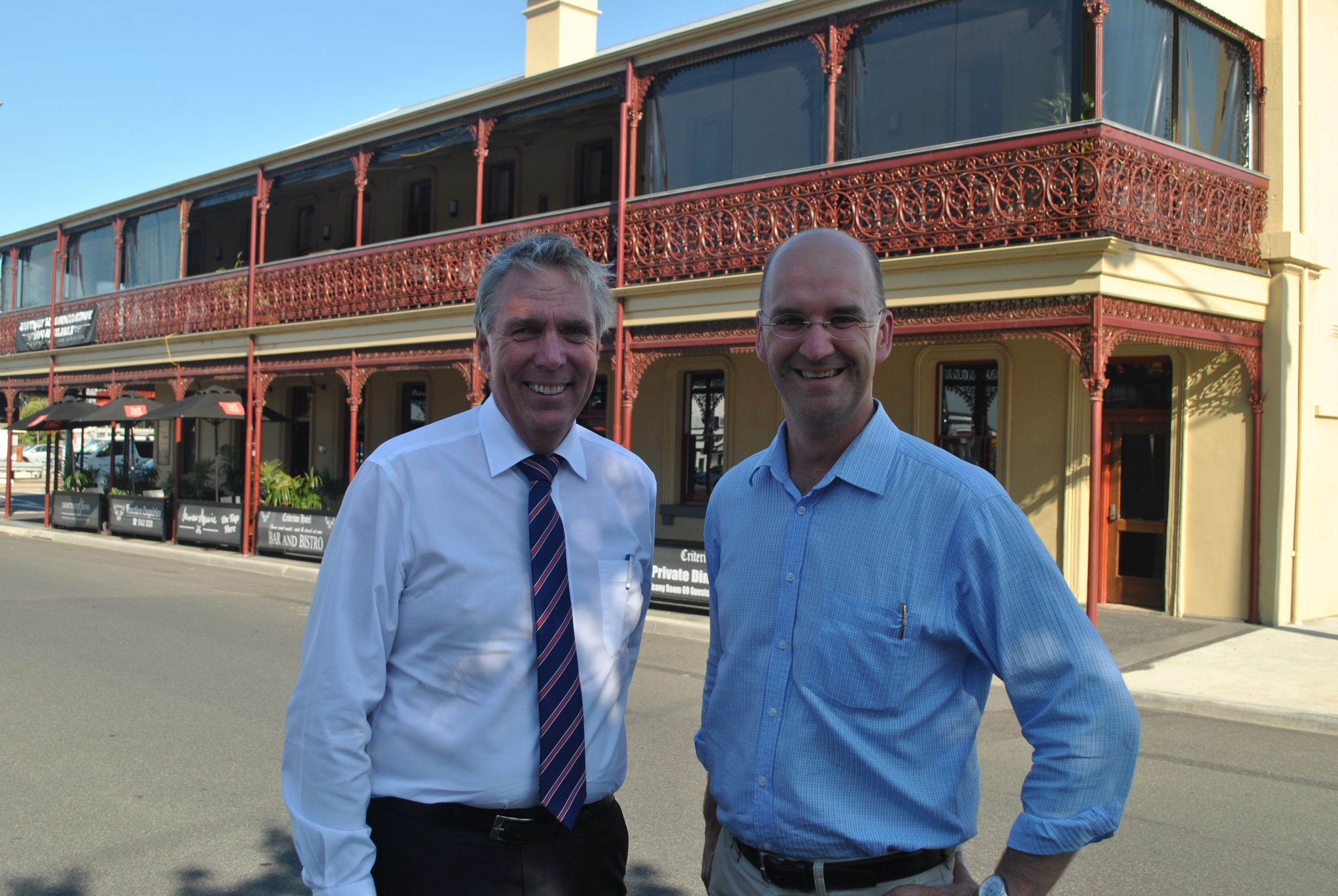 DANNY O’Brien will be a “local champion” for Gippsland South, according to state Nationals leader Peter Walsh.

With the race to win the by-election expected to come down to the Nationals and Liberals, the former is continuing to highlight the differences between the parties, particularly its focus on rural areas and results in Gippsland South under previous MP Peter Ryan.

At the last election, Mr Ryan retained Gippsland South with 57.3 per cent of the primary vote. After the distribution of preferences, Mr Ryan received 65.7 per cent with a swing of 6.9 to Labor, which is not contesting the by-election.

Creating a battle for the traditional conservative seat, the retirement of the sitting Nationals MP has allowed Coalition partner the Liberals to enter a candidate, Scott Rossetti, in the by-election.

“He’s a local, so he knows the area well. He’s got an extended family down here which helps his networks to know it even better and to have kept touch with it while he was away,” Mr Walsh told the Gippsland Times.

“Overseas trade experience with (then deputy prime minister and trade minister) Mark Vaile, National Irrigators Council, and the time in Indonesia is a great grounding for the role here.

“If you want a local champion, here’s your man,” Mr Walsh said, pointing to Mr O’Brien.

Mr Walsh said the experience as a trade advisor in the Australian Embassy in Jakarta provided Mr O’Brien with an insight into overseas opportunities for local produce.

“To my mind, Indonesia is second only to China for the opportunities into the future,” Mr Walsh said.

The local farming sector, Mr Walsh said, could also be boosted by improvements to the Macalister Irrigation District.

Before the last state election, the Nationals pledged $10 million for the next stage of modernisation works. The party has pressured the Labor government to provide the funding.

As Water Minister, Mr Walsh helped deliver $16 million in state funding for the first stage of works. He said it was vital the state government continued the funding, which was likely to be at least matched by the federal government.

“It’s up to the new state government to step up to the plate, to put some money on the table so we can attract federal money,” he said.

“I think with MID the economic arguments will stack up.

“It doesn’t matter who the government is, they need to create jobs and economic activity.

“(Labor) promised 100,000 new jobs; I don’t know where they’re going to get them, but agriculture and food they have said is one of their six priority areas.”

While there were benefits for the dairy industry, Mr O’Brien said the project would help horticulture grow, bringing in more intense activity and more employment.

“The worst thing is for the irrigators and Southern Rural Water would be if that comes to a halt for a year and we’ve got to go out and tender everything again,” he said.

“I’ve always thought country people get a raw deal on a whole range of things and often get forgotten by our city cousins,” he said.

“That’s exactly why I joined the Nats 13 years ago and why I’m putting my hand up for this job.”

Mr O’Brien said previous Gippsland South MLA Peter Ryan provided a good example of how the Nationals could work with whoever was in government.

“The (upgrade of the) South Gippy Highway between Sale and Longford had initial planning done by the Kennett government, funded by the Bracks and Brumby Labor governments, and finalised by us in government,” he said.

“The new Leongatha hospital was funded by Labor after Pete’s strong work to get it done.

“We’ve been able to deliver big projects irrespective of the colour of the government.

“When it’s a Labor government, I think we work better with them because we’re more reasonable than others.”

Seen knocking on doors and speaking to residents during the campaign, Mr O’Brien said he would continue to do that if elected, just as he had done upon entering the upper house of parliament early last year.

Mr Walsh said all Nationals MPs were encouraged to connect with their communities.

“The best way to know what’s going on, and to be a champion for whatever the issue is, is to be actually out there talking to people,” he said.

“If Danny’s going to be voice for these communities in parliament, he needs to be part of the communities.”

To which Mr O’Brien added: “To be a good voice, you need a good ear to start with.”