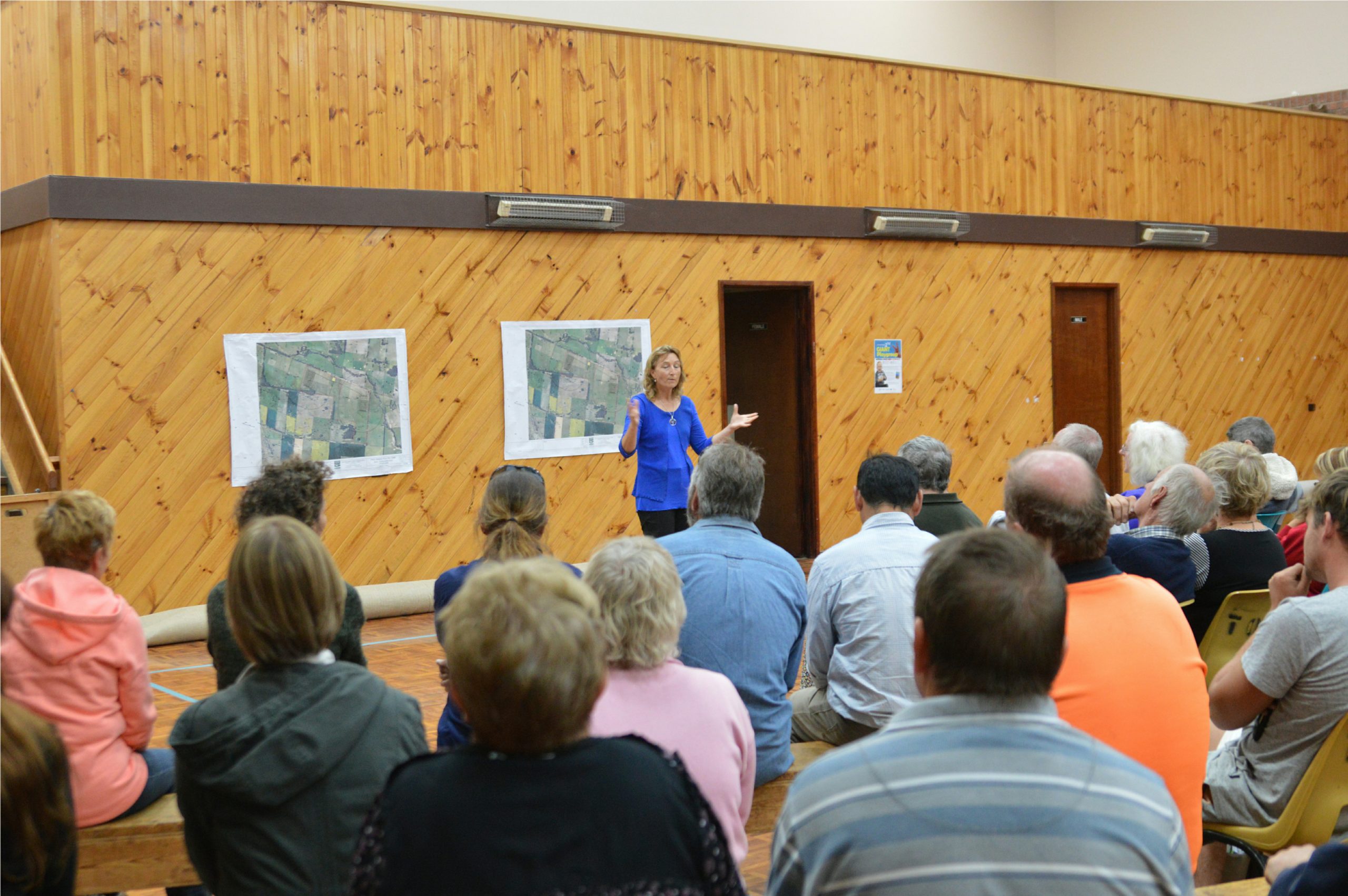 DEADLINE for submissions into a controversial application for a free range broiler farm near Toongabbie has been pushed back a month.

Submissions for the proposed farm, which could house 800,000 birds on more than 91 hectares on Toongabbie-Sale Rd, will now be accepted by Wellington Shire Council until Friday, April 24.

Council had previously advised stakeholders and residents submissions would be received until such time as a decision is made on the matter. Anyone making a submission to the planning permit application was to be contacted for further consultation before council made a decision.

The application has come from Johnson Poultry Farms, based in Melbourne.

The proposed farm would have 18 3000 square metre broiler sheds and a manager’s residence.

The decision to push back the deadline for submissions was made because of strong community interest in the issue.

A meeting attended by more than 100 district residents was held in Toongabbie on Friday night.

Discussions centred on the planning permit and its negative impact on the community should the project be approved.

Disapproval was also voiced about the short time frame given to read the documentation and submit objections.

Most residents were concerned about the noise from the farm and increased truck traffic.

A residents’ action group was formed and a Facebook site has been set up, with many comments already posted.

Some residents in favour of the proposal were present, citing increased employment for local residents during the construction phase.

Members of the action group claimed any construction staff used would be those already employed by any prospective contractor.

Ongoing employment for locals was also cited as a positive, if the operation were to get underway, however the planning permit specifies there would only be extra vehicle use on the roads for a manager and a staff member.

Most residents were concerned about their loss of peace and quiet, having bought land in a quiet rural community and choosing to travel to a larger town for employment.

Many cited that they had bought in the area with the intention to retire in a clean and pleasant environment, such as Toongabbie, Cowwarr and the surrounding area.

The planning permit shows buffer zones between the proposed farm and nearby properties.

The company proposing the farm was not available to meet with residents.

The planning permit details a considerable increase in road traffic between the proposed farms and the roads leading to Traralgon and beyond.

Much of the traffic will be semi-trailers and B-doubles.

The planning permit also indicates there will be no noise or pollution or smell associated with the proposed operation.

A notice of motion is due to be presented to a meeting of Latrobe City Council on Monday night to ask its Wellington counterpart to defer a decision to allow of adequate time to make a submission, something Wellington Shire Council has already done by extending its deadline to April 24.

Latrobe City Council officers consider the proposed broiler farm would have an effect on the Toongabbie community, most of which lies in Latrobe City.

Planning application documents remain available to view at council’s customer service centres in Sale and Yarram and online at www.wellington.vic.gov.au/toongabbiechickens

All enquiries should be directed to council’s land use planning office on 1300 366 244.