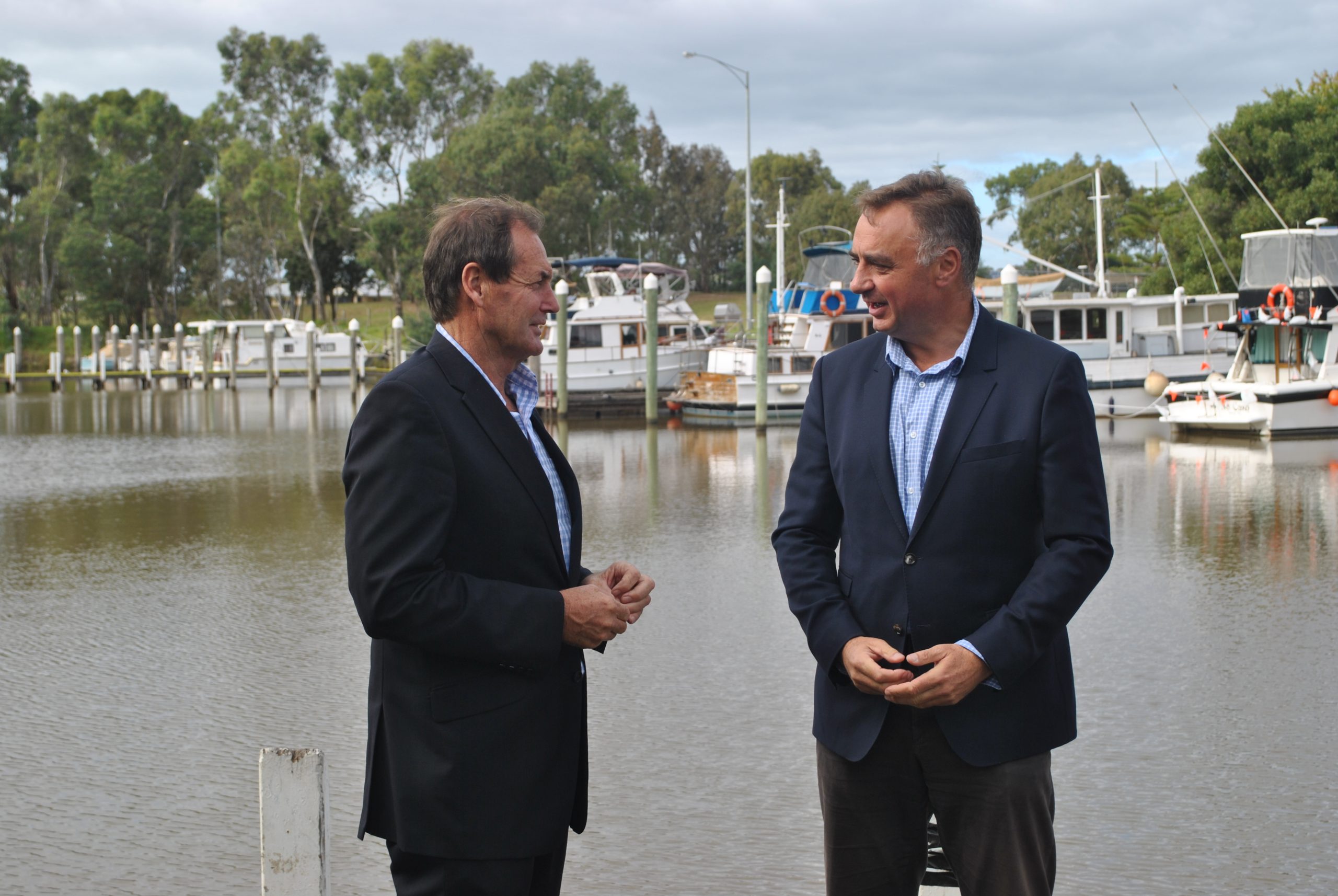 THE security of future funding for road and transport projects in the Wellington Shire is under threat according to the state opposition.

In the region recently to discuss local issues, Shadow Parliamentary Secretary for Rural and Regional Transport, Simon Ramsay, said the transport plans of the Andrews government would leave regional Victoria with a backlog of required road works.

According to Mr Ramsay, by scrapping the $1 million provided directly to rural councils each year through the Country Roads and Bridges program, the government has left local municipalities uncertain about how to fund rural road maintenance.

“There’s a number of funding programs, but the important one for councils like Wellington and South Gippsland is the roads and bridges program,” Mr Ramsay said.

“It’s $1 million directly to councils to use as they see fit, in relation to dealing with the backlog of (road) maintenance.”

As part of ‘Project 10,000’ – its major pre-election pledge regarding roads and transport – the Labor government announced that a minimum of $1 billion would be invested into repairing country roads over the next eight years.

A spokesperson for Roads Minister Luke Donnellan refuted Mr Ramsay’s comments, saying that money previously handed directly to councils “regardless of need” under the Country Roads and Bridges program, would be better distributed through the new Andrews government initiatives.

“We’re delivering these priority projects based on need, rather than throwing money at regional councils,” the spokesperson said.

However, Wellington Shire councillor Scott Rossetti and former Liberal by-election candidate said the direct funding was vital to councils and that the redistributed money would prioritise major arterial projects co-ordinated by VicRoads.

“Local councils in rural areas, ours included, rely on about 40 per cent of funding in their budget to come from other areas of government via things like the Country Roads and Bridges program,” Mr Rossetti said.

“It really means that with local works, the backlog will increase rather than decrease. We need to be continuing to fight for those funding streams to be made available.”

Mr Ramsay also addressed the issue of public transport in the region, in particular the troubles surrounding delayed V/Line services as a result of sharing tracks with metropolitan services.

“What I’m hearing today is (about) the unreliability of the V/Line service into Melbourne, and part of the problem there is around the Pakenham-Cranbourne bottleneck,” he said.

“That’s a $2 billion project which we will expect this government to commit to, because once we fix that . . . you can then get direct access to Melbourne.

“People want a timely, safe delivery conveyance into Melbourne by V/Line. They’re not getting it.”

With many years of experience in dealing with transport issues across the region, Mr Rossetti said that at a local level inter-town travel was a priority for many people.

“We’ve seen that Port Albert to Sale and Seaspray to Sale buses have been a great success,” Mr Rossetti said.

“So town to town transport is something that seems attractive to people to use. It’s a definite need and certainly I’d like to see more of that.”

The Country Roads and Bridges program will lapse on June 30.