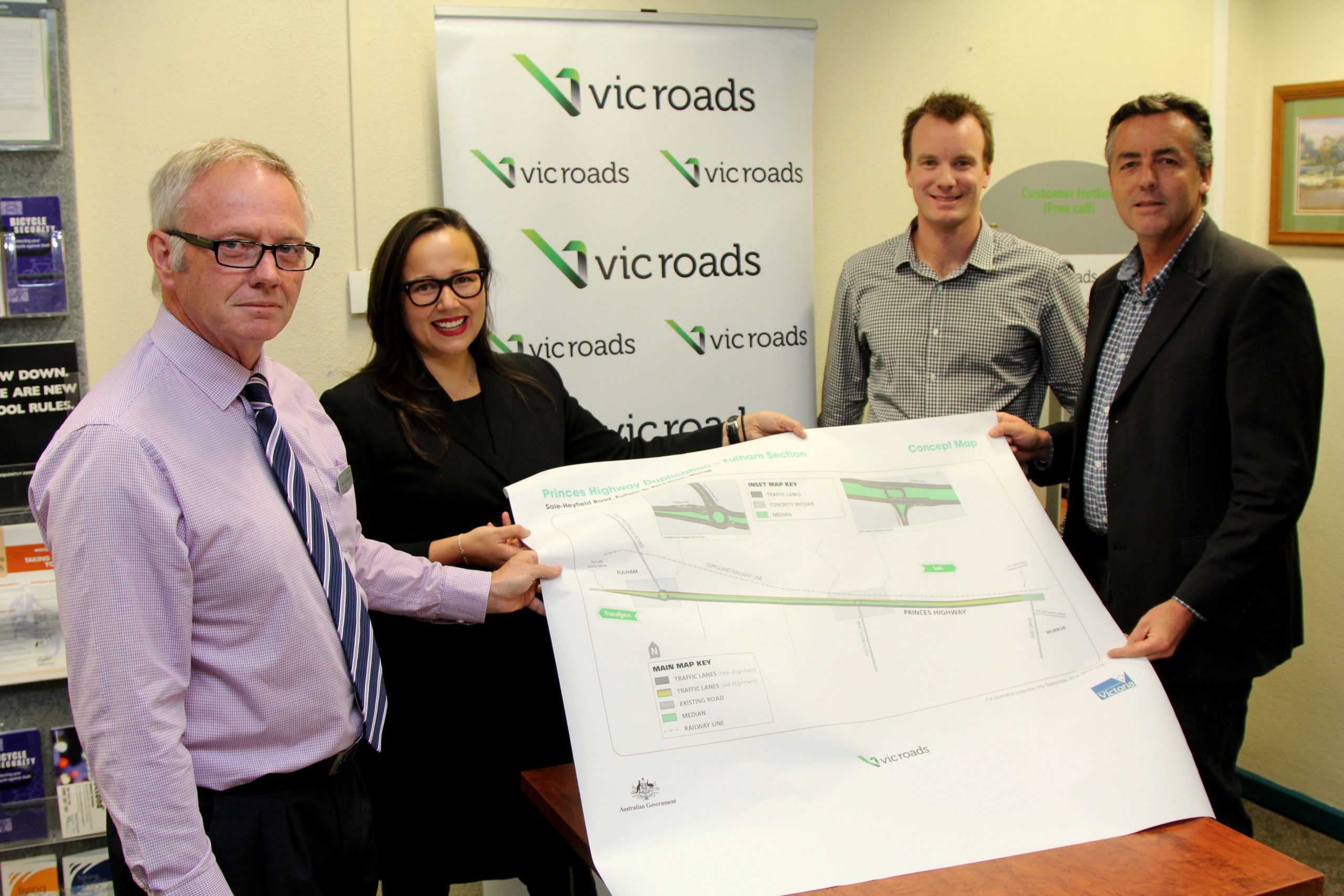 DUPLICATION of the Princes Highway between Sale and Traralgon is a step closer with the beginning of works between Sale-Heyfield Rd, Fulham, and Reid Drive in Wurruk.

The official announcement of completion of the road works from east of Denison Rd to east of Nambrok Rd, Rosedale and the beginning of the next section of the project was to have been made onsite at Fulham on Tuesday but was transferred to the VicRoads Traralgon office because of rain.

Gippsland MHR Darren Chester and Eastern Victoria MLC Harriet Shing were at the Traralgon office to mark both milestones.

“This project will also be a major boost to key industries of the region such as the dairy, timber and paper industries,” Mr Truss said.

Mr Chester said work on the Fulham section would involve construction of new west bound traffic lanes to provide two lanes in each direction, with a 15 metre central median strip.

“A roundabout will also be constructed at Sale-Heyfield Road and upgrades undertaken at Polocrosse Lane to improve safety and provide additional vehicle protection,” he said.

“This 2.9 kilometre duplication features two lanes in each direction divided by a 15 metre wide median,” he said.

“The Nambrok Rd intersection has also been upgraded with separate left and right turn lanes, while additional safety measures such as guardrails and wire rope safety barriers have been installed.”

With the completion of the Nambrok section, Ms Shing said drivers would begin to see the duplication project coming together.

“Motorists are asked to continue to be patient as works begin on the Fulham section, as this is quite a busy area,” she said.

“The Princes Highway east is the primary route from Gippsland to Melbourne, and is a key transport link for dairy, timber, paper, coal and gas production.

“The upgraded highway will improve road safety, reduce travel times and costs, and will assist road freight efficiency for goods and produce transported to and from Gippsland and eastern Victoria.”

The federal government has committed $210 million and the state government $50 million to the overall duplication project.