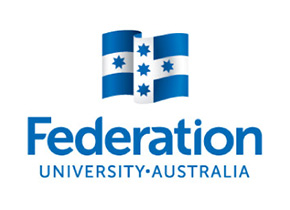 THE future location of Federation Training’s Fulham campus remains unclear, following the announcement that a planned merger between the training organisation and Federation University will not go ahead.

A merger of the two institutions had been widely touted since early last year when Advance TAFE and Gipps TAFE amalgamated to become Federation Training.

Following these initial steps the TAFE organisation was then widely expected to join forces with Federation University, however a decision by the two institutions this week confirmed a backflip on the merger, with the pair instead announcing a “strategic alliance” would instead be implemented.

Federation Training’s executive director, education programs, quality and compliance,  Karen Bird, said the future of the merger was currently in the hands of Education Minister, James Merlino, but that the organisation remained committed to delivering education to the Sale area.

Ms Bird cited a number of issues around the merger as being behind the decision to instead preference a strategic alliance.

“We believe that we can better serve the education needs of Gippsland without an expensive and complex merger,” she said.

“Over the last 12 months Federation Training and Federation University have worked together on a joint plan to improve education pathways for the Gippsland community. We have achieved much and it is expected we will continue to work closely together through a strategic alliance to help Gippsland students develop the skills they need for the jobs they want, and work with local industry to deliver the courses needed to support economic growth.”

Federation University — which has been in control of the former Monash University Gippsland campus at Churchill since 2014 — also released a statement, attempting to allay concerns about the decision.

“”This was a joint decision by both institutions, which felt that a strategic alliance was more appropriate than a merger in terms of their current strategic directions,” Professor Andy Smith, Deputy Vice-Chancellor (Academic), said in a statement.

“We do not expect that this decision will impact on FedUni programs, finances or staff.”

The announcement has thrown a cloud over the future of the Fulham campus and comes just a week after local MLA Danny O’Brien proposed the site be taken over by the Country Fire Authority’s West Sale training centre, allowing for the education precinct to be moved into Sale.

Ms Bird said Federation Training recognised the difficulties that the location of the Fulham campus presented and described Mr O’Brien’s proposal as something that “could be a great move for both us and the CFA.”

“Federation Training remains committed to providing strong educational opportunities in Sale and is open to any arrangement which would benefit us to be able to provide a better service of education delivery, whilst enabling the full use of the Fulham site to any other public service government agency,” she said.

“We identify that Fulham, being 10 minutes out of town, isn’t the easiest place for people to get to and so we see any move into Sale as a positive.”

The proposal comes following the closure of the CFA’s Fiskville site in March, with an enlarged West Sale training base appearing a workable alternative for the fire authority. Federation Training does have a flexible learning centre and G-tec campus located closer to the Sale CBD, however a move of its major campus into Sale and a handover of the Fulham site to the CFA would require authorisation by Wellington Shire, which owns the land.