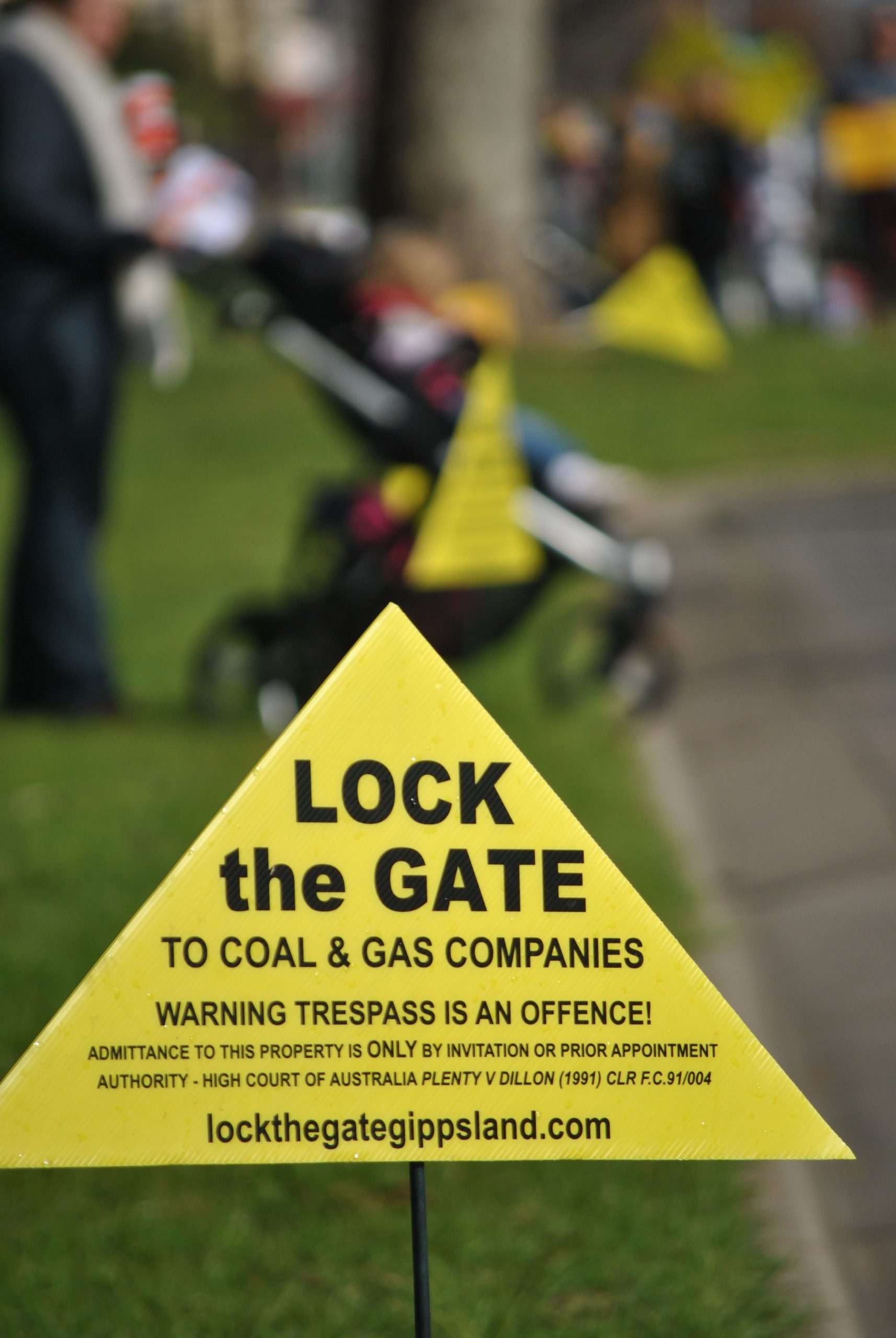 A large number of submissions made to the Environment and Planning Committee expressed concerns about what risks a Victorian unconventional gas industry could pose to environmental resources and public health.

The committee received more than 1700 written submissions, possibly the highest number of submissions ever received by a Victorian Parliamentary committee.

The report stated “the concerns centre on potential risks to Victoria’s prime agricultural land and to the water resources that support agriculture.”

“The importance of agriculture, in particular the dairy industry in the case of Gippsland, to the Victorian economy is frequently emphasised,” the report stated.

“Additionally, the importance of the tourism industry to many regional areas with prospects for unconventional gas production has also been raised with the committee.”

During the Gippsland Parliamentary Inquiry held in Sale from June 30 to July 1, the committee, chaired by David Davis, heard from a variety of representatives including farmers, environment and community groups, local councils, those from the gas industry and members of the public.

“The prospect of leaving a long held family farm and life’s work is heart wrenching and has led to extremes of depression and feelings of hopelessness,” the submission stated.

Dr Jo McCubbin stated in her evidence: “When you think about it, the reason that people are disturbed about potentially living in a gas field is concern for their health.”

“They might say they are worried that the water will be contaminated.

“Why? Because they are worried that they or their stock will get poisoned by it.”

Wellington Shire Council development general manager John Websdale spoke at the inquiry, stating council would continue to support the moratorium on unconventional gas mining until it could be sure about its safety and community benefits.

Many submissions in support of a Victorian unconventional gas industry were made by gas industry representatives or people who had worked in the oil and gas industry.

In its submission, Lakes Oil stated it had spent more than $80 million exploring the potential for onshore gas resources in the Gippsland and Otway Basins.

“Victoria has been blessed with very significant natural resources, which in the past have been exploited to make Victoria the manufacturing heartland of Australia,” the submission stated.

“We believe that by exploiting these deeper, cleaner onshore gas resources we will help rejuvenate industry across the state.”

The peak body representing Australia’s oil and gas industry, Australian Petroleum Production and Exploration Association, stated “there is no sound basis for continuing to delay an industry that can provide substantial economic and community benefits to the state.”

It stated the Queensland coal seam gas industry showed how these risks could be successfully managed.

The Environment and Planning Committee will examine information from unconventional gas industries in other states including Queensland and New South Wales.

The committee will table its final report by December 1.

The interim report can be viewed online.