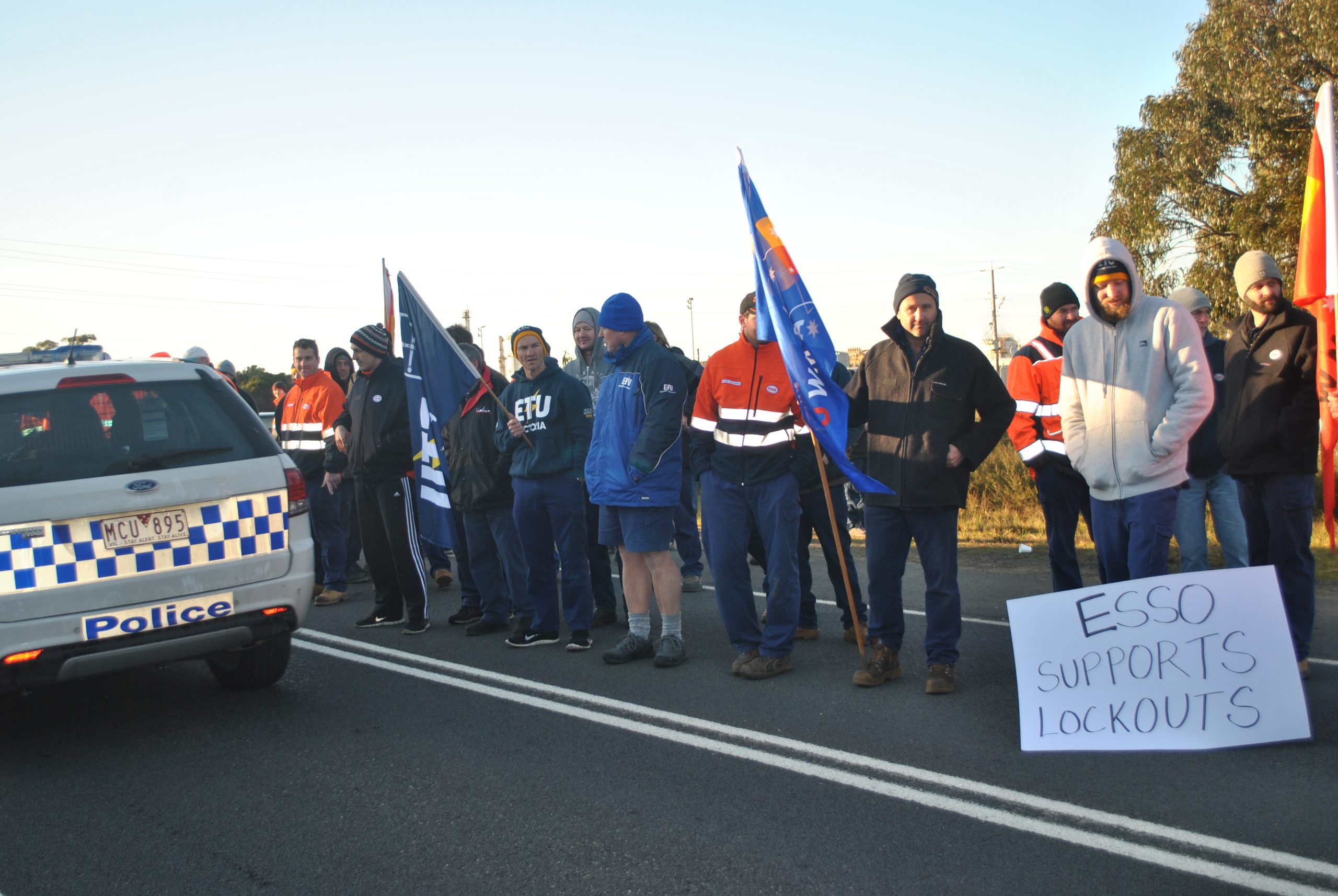 THE protracted and at times intense industrial relations negotiations between Esso and the unions representing Esso’s workers has taken a small step forward, with both parties agreeing to suspend all industrial action until next year.

After simply refusing to see eye-to-eye with the unions for months, Esso this week suspended all industrial action until January 14, 2016.

In a show of good faith during what has been a protracted Enterprise Bargaining Agreement negotiation, the ETU, AMWU and AWU withdrew their protected industrial action earlier in September.

Despite initially refusing to come to the party, Esso took a rare positive step in the negotiation process this week by agreeing to follow in the unions’ footsteps.

ETU organiser Peter Mooney said Esso’s decision would hopefully improve what had been an at times hostile negotiation period.

“It hopefully puts people back on an even footing so that we can have a more amicable discussion around outcomes both parties are looking for in relation to renewing the agreement,” he said.

“We would be hoping that both parties now have put their guns away and stop shooting at each other. Hopefully now we can enter into a solid period of negotiation and at the end of that long term negotiation there is an agreement in place to tell the employees of Esso and we can all move on for a better life for a while after that anyway.”

It means Esso will lift the daily two-hour lockouts of its Longford maintenance workforce, which it introduced in July in an attempt to up the ante in the negotiation process.

In a statement, Esso said that their decision this week indicated they were looking to move closer towards ending these negotiations.

“We are encouraged by this positive development in the long running enterprise bargaining dispute, and look forward to making real progress in negotiations for a mutually beneficial agreement,” the statement read.

AWU state secretary Ben Davis said that after months of dealing with industrial action and federal court appeals, the focus could now return to securing an EBA agreement for the workforce.

“I think it’s a good opportunity to calm things down a bit and try and actually negotiate on the issues rather than focussing on industrial action,” he said.

“It’s not a major step (forward), but hopefully it does calm things down a bit and hopefully Esso will take the opportunity to come to us with a reasonable proposition.”

Negotiations are set to recommence in the coming weeks with Mr Mooney agreeing that he felt confident a resolution to the dispute would now become the major focus of discussions.

“I think all three unions and members are happy at the moment . . . (and) in the best interests of trying to move forward, the unions felt the only way that we could get people back to the table and our discussion was to get people back on a level playing field for those discussions.”

Having been poles apart for much of their discussions, many are hoping this small step by Esso will prove a positive sign of things to come.