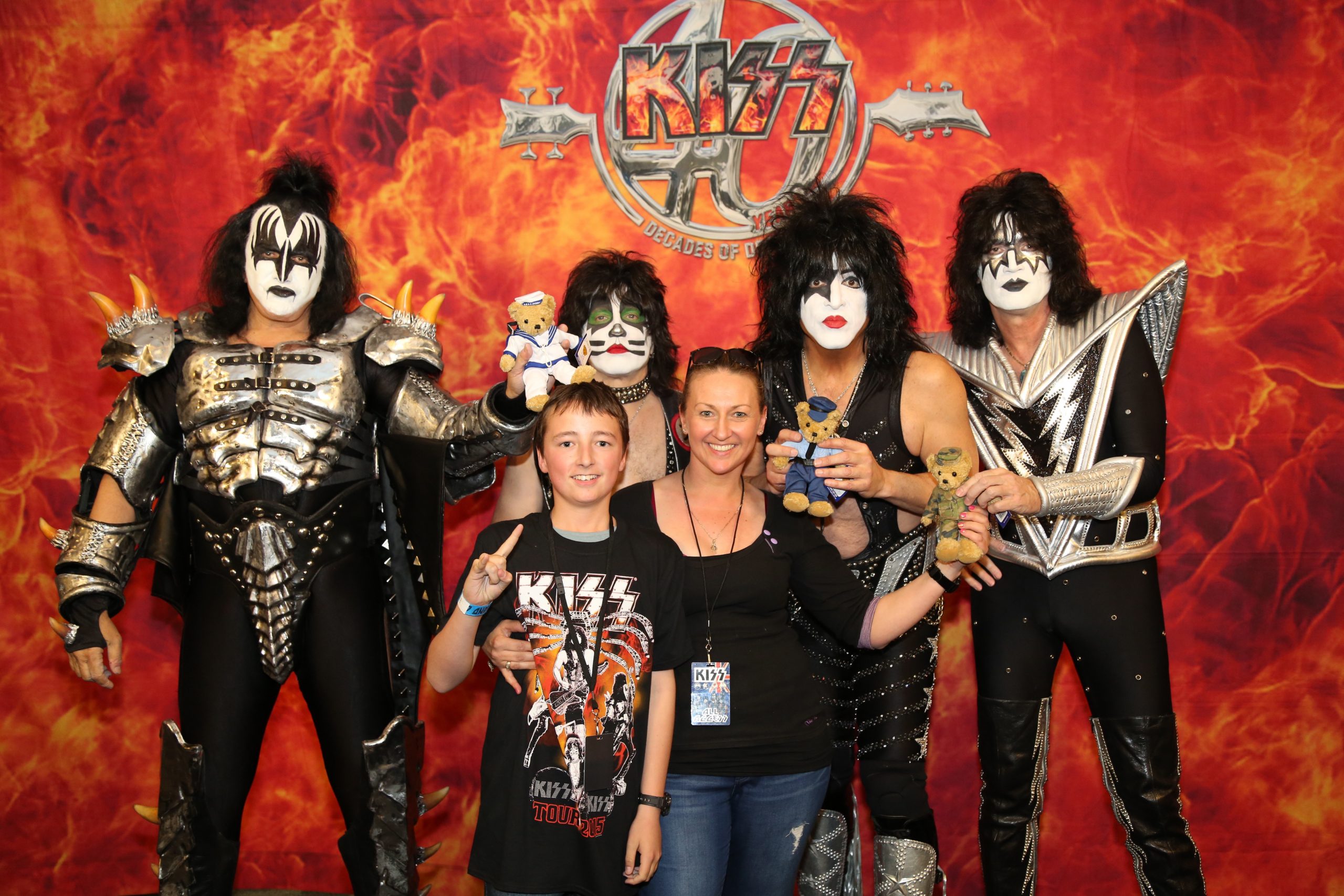 LEGACY rock band KISS formed an alliance to enable war widows to work as ‘KISS roadies for a day’ during the band’s Australian tour, with Sale’s Shelley Kovco working at the Rod Laver Arena show on October 8.

For more than a decade KISS has worked with several programs in the United States assisting returned servicemen and women and were keen to continue this work while in Australia, courtesy of Legacy Australia.

In the United States, KISS supports the Wounded Warrior Project, which is a non-profit organisation assisting men and women who have service connected injuries, and the Hiring Our Heroes program, a US initiative to help veterans, transitioning service members and military spouses find employment.

When made aware of the work Legacy does in Australia for war widows and their families, the band felt passionately about recognising their strength and courage.

At each of the band’s seven Australian concerts, Legacy Australia selected a woman for this once-in-a-lifetime experience working with the KISS team, including Shelley Kovco who lost her husband Jake in Iraq in 2006.

She was left with two young children, Tyrie and Alana.

Legacy helped her with school fees, uniforms, books and much-needed emotional support for the whole family.

“I’m still buzzing from the experience,” Shelly told the Gippsland Times after the roadie experience.

“The day began at 11am and I thought we would be just sat in a corner and watch, but we helped pack the gift bags for the VIP package guests and helped prep and check in the meet and greet guests.”

Shelley was accompanied by her cousin Kate Taylor for the roadie experience.

“We did that again for the VIP fans who attended a special afternoon acoustic session, and help manage the VIP band photo opportunities,” she said.

“I was surprised the band members do all their own makeup.

“I thought they’re rich, surely they’ll have make-up artists, but they do it all themselves in a couple of hours.

“It was a day full of laughs and afterwards I managed to get Tyrie and my cousins back stage for photos with the band.”

Shelley admitted she was shocked when approached by Legacy to take part in the experience.

“I’m just so grateful to Legacy for the opportunity and all their support,” she said.

“It was absolutely amazing.”