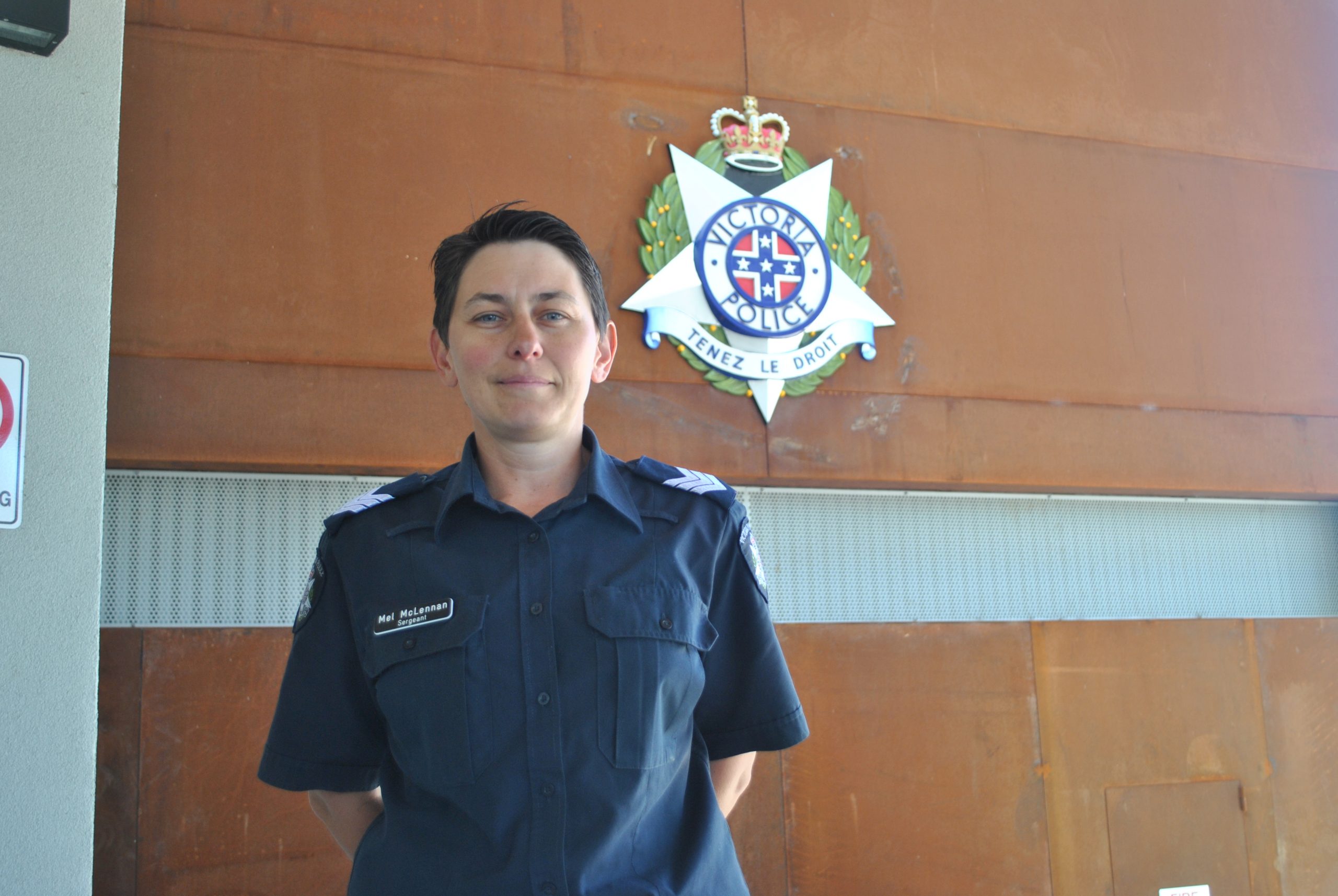 HOME is where people should feel safest, but for many victims of family violence, it can be the most dangerous place.

On average, one woman is killed every week as a result of domestic violence, usually by her male partner in her own home.

However Sgt McLennan made clear that men could be victims too.

“We do have male victims,” she said.

“Family violence perpetrators can be women as well as men.

“But statistically and historically, women are usually the victim.”

In Wellington Shire, almost 2500 cases of domestic violence were reported in the past year.

That equates to about 48 reports each week.

Across the state there were 71,000 incidents of family violence reported about 1365 a week.

A 2013 World Health Organisation report said intimate partner violence was the most common type of violence against women, affecting 30 per cent of women worldwide.

“Anything that makes another person’s safety feel jeopardised can be considered to be family violence,” Sgt McLennan said.

“We strongly encourage anyone that feels they are the victim of family violence to come to us or ring us.”

A dedicated Family Violence Unit was introduced at the Sale police station in August last year as part of a state-wide rollout.

Since November 2011, Victoria Police has tripled the number of family violence teams across the state, with 32 now implemented.

“Victoria Police’s response to family violence has certainly altered over the last few years,” she said.

“We’ve identified that it’s a huge issue that impacts upon the community, so we are trying to better our response and that should also be encouraging people to come forward.”

Sgt McLennan took over the role of unit commander in August this year and will hold the position for 12 months.

She said working with victims of family violence could be confronting, but said it was worth it to help protect victims.

“You’re dealing with victims and you’re achieving things on their behalf, so yes I think it is (rewarding),” she said.

The unit comprises two dedicated Family Violence Unit officers and workers from the Department of Health and Human Services.

“Where children are involved in those families, we work closely with the Department of Health and Human Services Changing Family Futures team.”

Sgt McLennan encouraged victims of family violence to speak up, but said she understood taking that step was never easy.

It is never as simple as just walking out the door.

There are many factors which prevent victims from leaving.

“For a victim of family violence that has been living it for years and years and years, that’s normal, but once they get the strength and courage and they’re empowered to report, then you’ll find that just seems to be a weight off their shoulders,” Sgt McLennan said.

“I have seen it where a woman has been subjected to family violence over her entire married life, which is 33 years, thereabouts.

“It took one more incident to give her the courage to say ‘I’ve had enough’ and report.

“And we uncovered a history that had gone on since her early teens when she first met her husband.”

Police can issue family violence safety notices on the spot which can remove perpetrators from addresses.

Perpetrators who breach the safety notice and return to the address can face additional criminal charges because of the breach.

“The safety notice only covers them for a period up to 125 hours, about five days, which then has to go to court and an order is made or not made,” she explained.

“If they are too fearful to remain at the address, for fear the perpetrator may return or whatever the case may be, we can certainly provide them with support services that put them in emergency accommodation.

“The protection of the victim and children is paramount, so we’ll take all steps necessary to ensure that they are safe and have the appropriate protection in place.

“If that means that we have to ring after hours services to assist in getting them to a safe house or a safe location crisis accommodation then that’s what we’ll do for their protection.”

She said the victims’ safety was their number one priority.

“If they are the victim or they know someone who is a victim then encourage that person to come and report it and they will be looked after,” Sgt McLennan said.

“We will do everything we can to make sure that they are protected.”

Tomorrow, November 25, is the International Day for the Elimination of Violence Against Women.

To stand up, speak out and act to prevent men’s violence against women, take the oath at www.whiteribbon.org.au/myoath-popup

Those facing an immediate threat should phone 000 immediately.