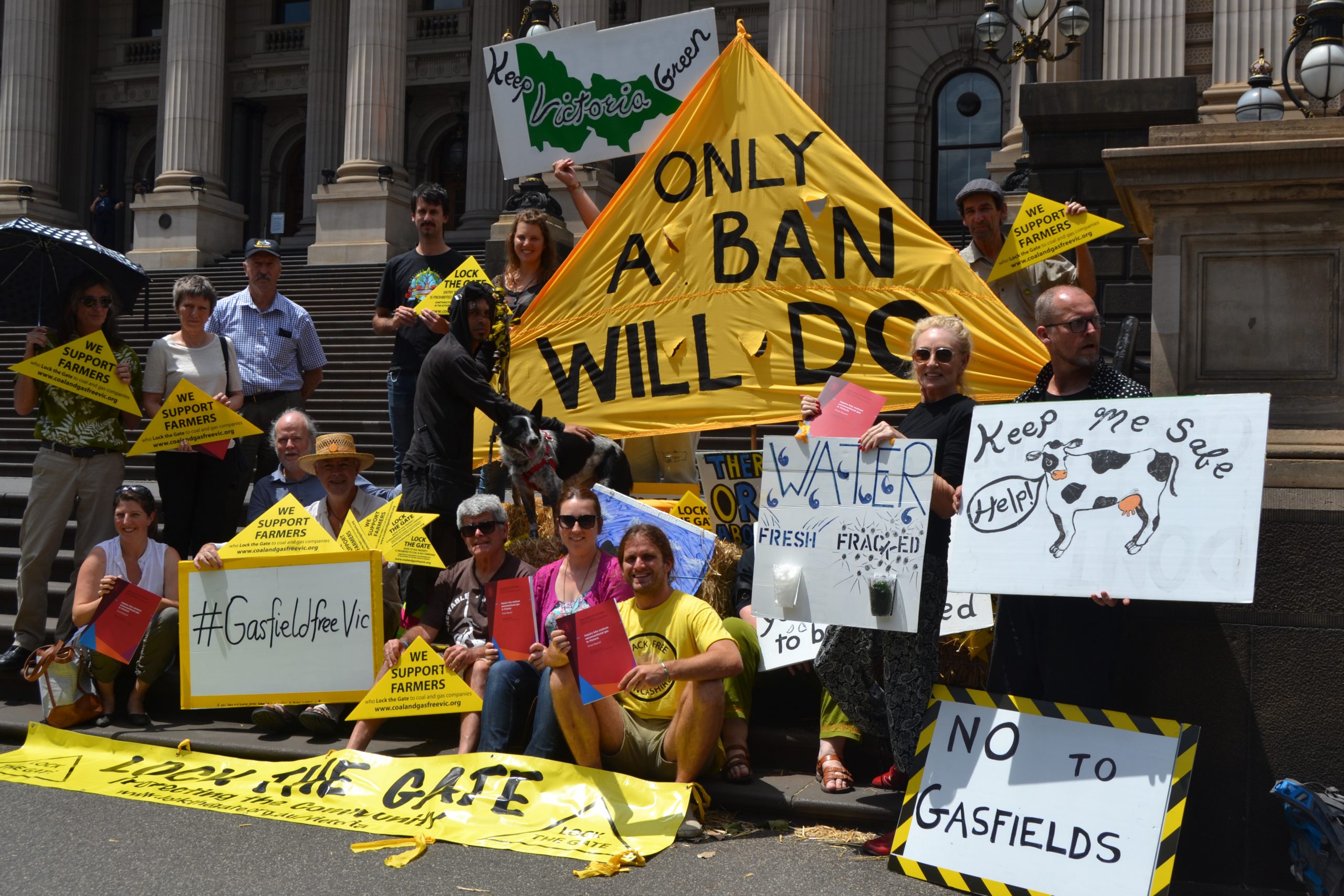 UNCERTAINTY remains over the future of onshore unconventional gas production in Victoria.

People on both sides of the debate are pushing for the state government to make a definite decision on the future of the controversial industry.

Seaspray dairy farmer Julie Boulton said if there was not a guarantee fracking would not cause damage to the air, water and soil, the risks were unacceptable.

“We would like to remind Mr Andrews and his government that we elected them to represent the will of the people,” she said.

“It’s clear that Victorians do not support this invasive industry and we are prepared to do whatever it takes to keep our state to be gas field free.

“We hope that Premier (Daniel) Andrews shares the same values as us and our right to protect our farmlands, water and the future of farming in Gippsland.”

Lock the Gate Victorian co-ordinator Ursula Alquier claimed communities wouldn’t be satisfied with anything less than a ban.

“Victorian communities from western Victoria to Gippsland continue to send a clear message that there is no social licence for the gas industry,” she said.

“This finding is in stark contrast to the findings of numerous independent and expert reviews, here and overseas.”

Dr Roberts said the state government had the opportunity to consider continuing with “unjustified moratoriums or take sensible steps to allow the safe development of the state’s resources”.

Australian Workers’ Union state secretary Ben Davis said the reports highlighted the need for exploration to continue in order to establish the extent of reserves held in the state.

“Exploration of unconventional gas reserves, where it can be achieved without the use of fracking, should also be undertaken.

“ Informed policy decisions can’t be made without a better understanding of the type and extent of onshore gas reserves in Victoria.”