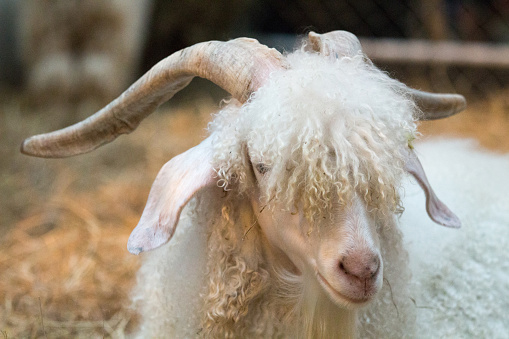 The driver of a vehicle which rammed through a fence and ran over nine Angora goats on a property near Boisdale is being sought by police.

In what the goats’ owners fear was a callous and deliberate act, the driver ran through a fence on a Luckman’s Rd property, doing several wheelies and running over the sleeping goats before taking off.

Five Angora goats were killed during the attack and another four were seriously injured and later had to be destroyed.

A veterinary examination revealed one had a smashed pelvis, and another a broken back, among other horrific injuries.

Distraught owner of the animals, Val Vugs, said she believed the attack happened about 3am last Tuesday morning, December 29.

“We heard a vehicle at the front, but then didn’t hear much else,” she said.

It was not until her husband Victor got up the following morning that the horror of the early morning killing spree was revealed.

He saw the goats laying in the paddock where they usually camp for the night, and soon realised something was wrong.

Mrs Vugs said police believed the vehicle used was a four-wheel-drive, and her husband noticed what appeared to be drag marks, possibly made by wire still attached to the vehicle, as it took off towards Nicholson Rd.

Police said the offender drove through a five strand ringlock boundary fence, had driven around the paddock and performed numerous circles before driving through the mob of Angora goats at one end of the paddock.

They noted the property was not far from bushland reserves and camping areas.