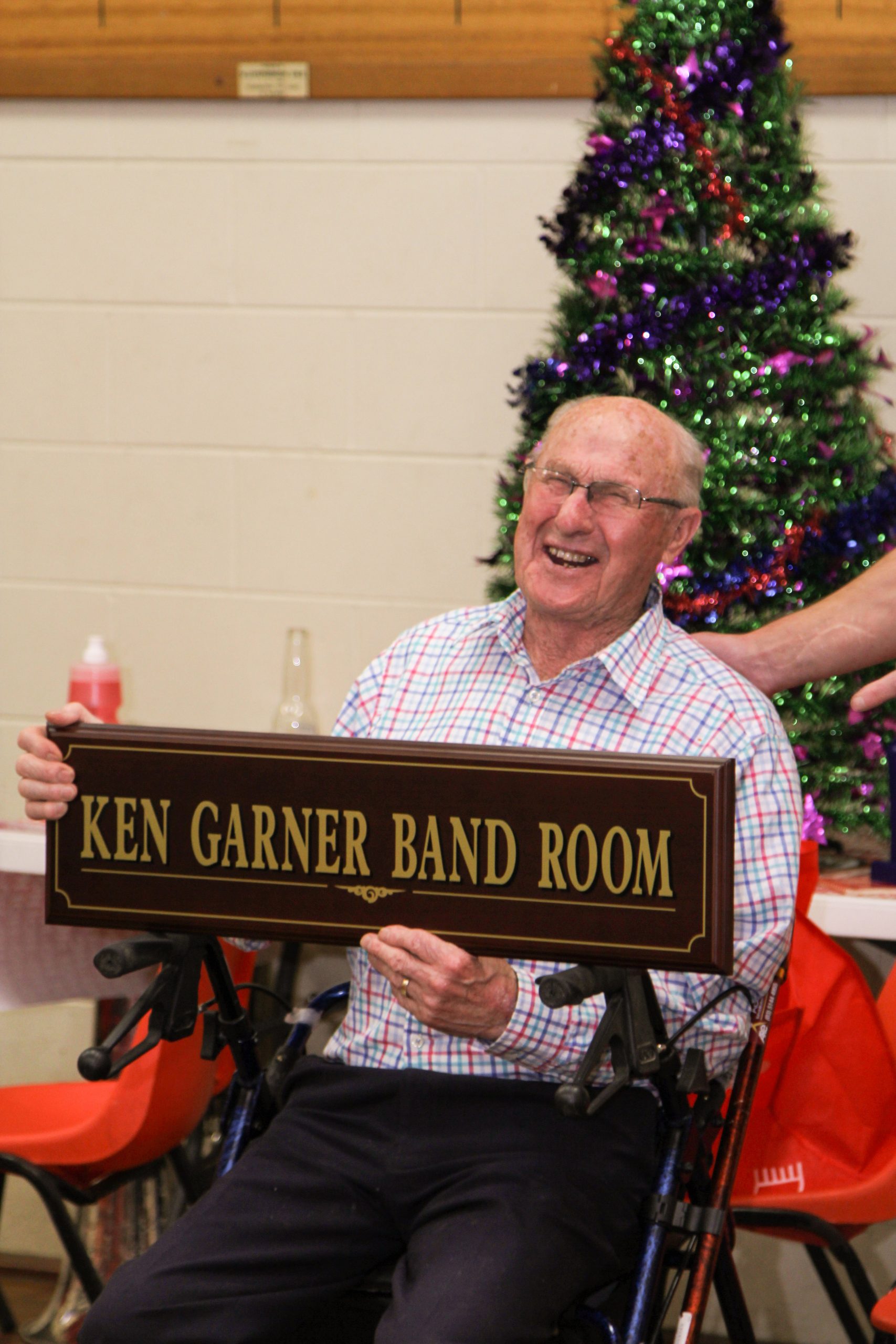 The Sale City Band room has been renamed after a musician who has been involved with it for more than 60 years.

At the band’s recent annual presentation evening Ken Garner was surprised with the honour, and members of his family attended to share the moment.

Mr Garner has been involved in many aspects of the band from fundraising to building the facility’s foundations with his own hands.

He continues to attend rehearsals and play-outs, and shares his wisdom and witty stories with younger members of the music community.

He began learning cornet in primary school through the junior learning program run by the Sale City Band.

Mr Salter’s musical prowess has taken him all around Australia and he recently played in the United Kingdom and France.

A band spokesperson said he was an amazing supporter of community music and the band appreciated his years of commitment.

Other awards presented on the evening included Monique Lawless as ‘bandsperson of the year’ and Tom Cousin as ‘best all rounder’, for their commitment and enthusiasm in promoting and running junior development programs to inspire the next generation of brass players.

Junior member Jonty Condron was awarded ‘best learner’ and Graham Patrick received ‘most improved’, who after 47 years has revisited his love of music.

As 2016 begins, Sale City Band continues to provide music and a musical education to the community.