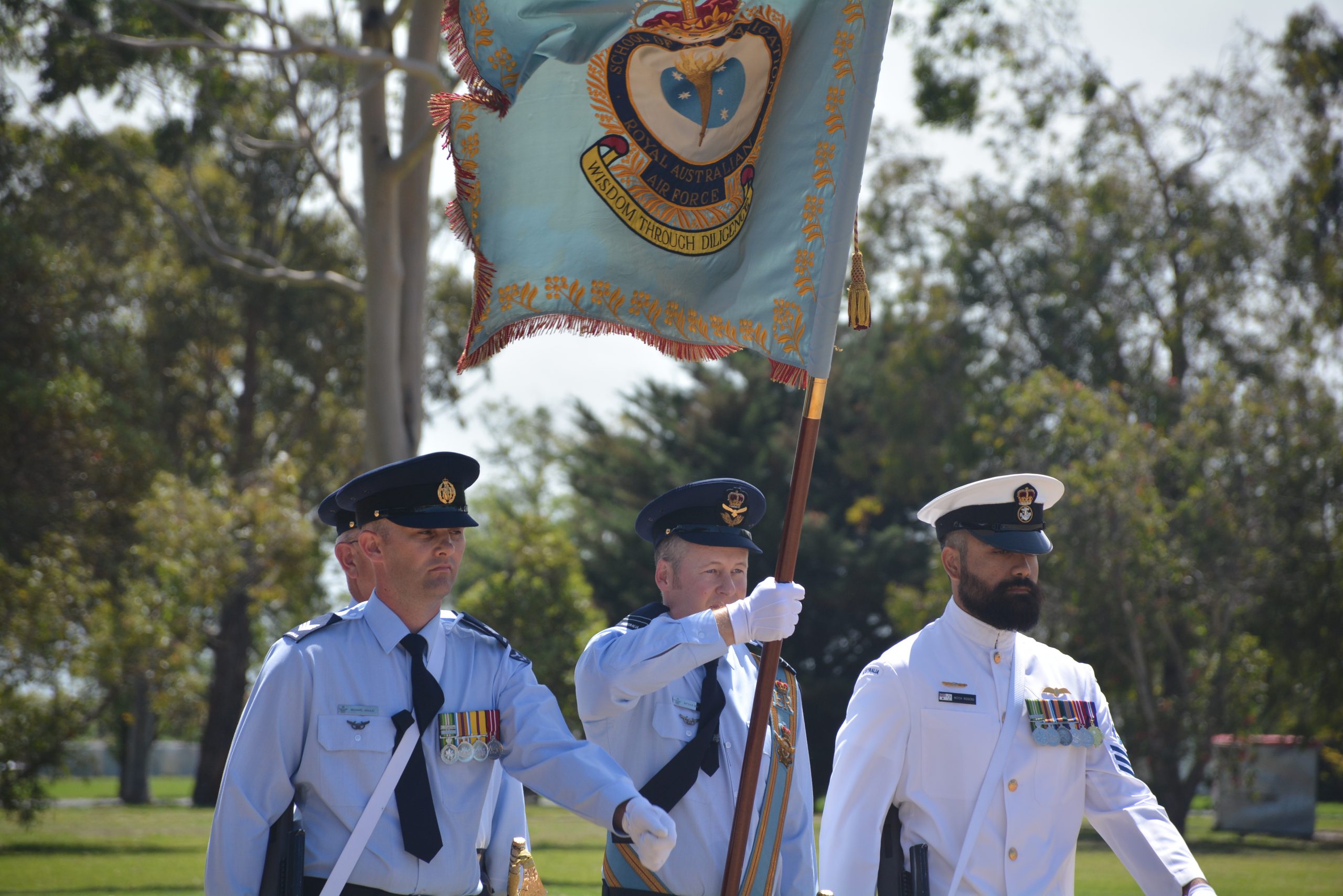 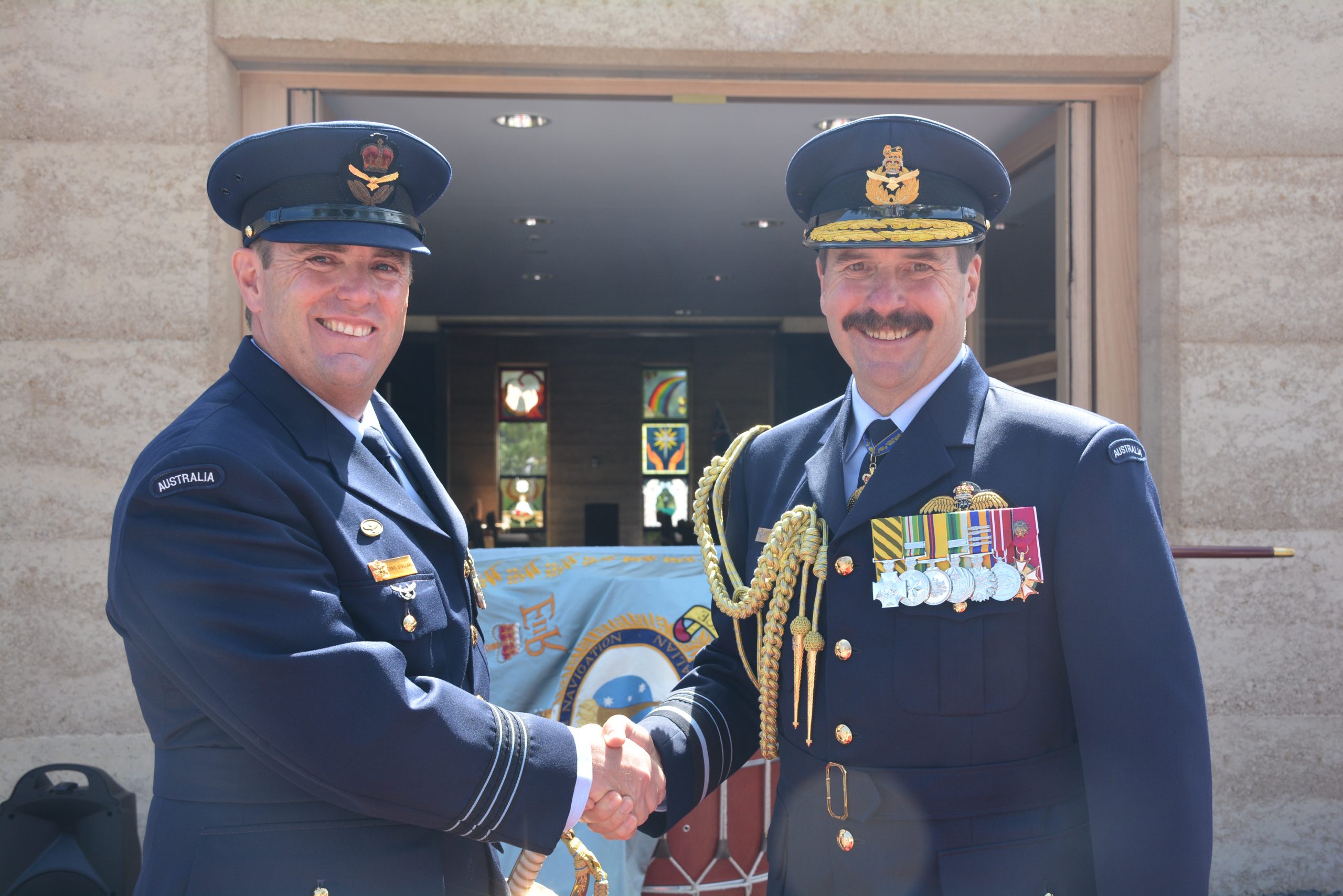 SEVENTY years of training excellence was celebrated by the School of Air Warfare at RAAF Base East Sale on Friday, when Chief of Air Force, Air Marshal Gavin “Leo” Davies reviewed a ceremonial anniversary parade.

There was a parade with dozens of airmen, band music, a Roulettes aerobatics display and flyovers from the base’s Beechcraft King Air 350s and an AP-3C Orion.

Commanding Officer of the School of Air Warfare, Wing Commander Craig Stallard, said it was a rare occasion.

“Today we celebrated the 70th anniversary and proud history of the school with the parading of the Queen’s Colour for the final time,” he said.

“We welcomed back graduates who toured the facility, as they compared the new air combat officer and aviation warfare officer training systems to that of their time at the school.”

The Queen’s Colour is one of the most important possessions for the School of Air Warfare, and will be laid up in the base’s chapel.

Air Marshal Davies said it was important to reflect on this history of the unit.

“It is the accomplishment of the School of Air Navigation-Warfare, and saying we’ve done a really good job over quite a few years,” he said.

His is the first parade that the school has conducted in six years, and the first time this century that the Air Force has held a laying up of the colour.

This is because the name of the school is being retired, and the unit “disestablished”.

“We don’t close too many units but when we do we want to make sure we have the appropriate ceremony for it,” Wing-Cdr Stallard said.

The history and tradition of the School of Air Warfare will continue with the establishment of the renamed number 1 Flying Training School.

Named after a previous unit with existing colours, another parade will entroop the new colours on February 19.

“While the renaming of the School of Air Warfare to Number 1 Flying Training School will not change our core role of training air combat officers, it will provide the foundation to commence concept development for officer aviation training at RAAF Base East Sale, under an aviation academy, ” Wing-Cdr Stallard said.

More than 2500 officers have graduated from the school since it opened in 1946.

The School of Air Navigation was formed at RAAF Base East Sale, on February 5, 1946, to replace the wartime Air Observers and General Reconnaissance schools, and to conduct basic training of all staff navigators on the Advanced Navigator Course.