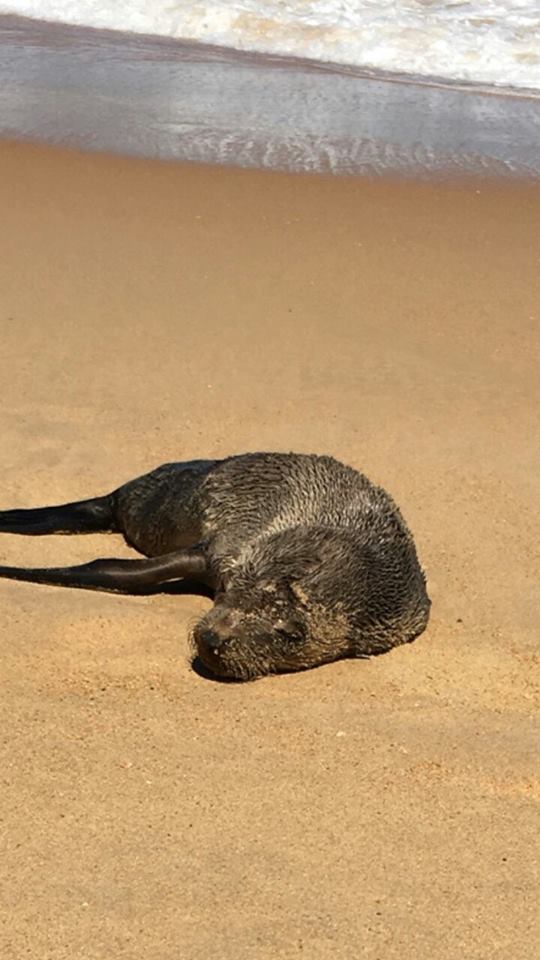 RESIDENTS have commented on an incident at Golden Beach last week involving a dog and a seal.

Witness accounts differ, however what is known is that a dog approached an ill seal lying on the beach, and the seal later washed up dead.

According to one witness, a man was walking his dog without a leash when it stopped and walked up to the seal.

He called the dog back immediately, after the seal “had a go” at the dog.

A woman approached and told him off, and the seal went back to the water.

Another witness claimed the dog chased the seal along the beach, and the owner was unrepentant.

The seal was found dead on the beach the following day.

A spokesperson for the Department of Environment, Land, Water and Planning said in a statement that the death of seal pups can be a natural occurrence,  and that they are possibly being seen more often with more people living close to and spending time on beaches.

“Long term monitoring of fur seals indicates that they are still in a state of recovery after harvesting in the 1800s,” the spokesperson said.

“Not every seal pup born survives to adulthood.

“While the circumstances for this young seal are unknown, it is possible that the seal’s health was already compromised when it arrived at Golden Beach.”

The spokesperson also reminded beachgoers that people are not to approach within 30 metres of a seal on land, and dogs are not permitted within 50 metres, either on land or in the water, and that it was illegal to feed or touch a seal.

Seals are protected under the Wildlife Act 1975, making it illegal to kill, injure, or harass them, and serious penalties can apply.

“If you see anyone doing the wrong thing, please try and record some details (date, time, location, registration of vehicle, description of person and dog) and report the offence, but only if safe to do so and not at personal risk to yourself or anyone with you,” the spokesperson said.

People witnessing harassment can phone the DELWP customer service centre on 136 186, their nearest DELWP office or police station, or Crime Stoppers on 1800 333 000, with details of the incident.