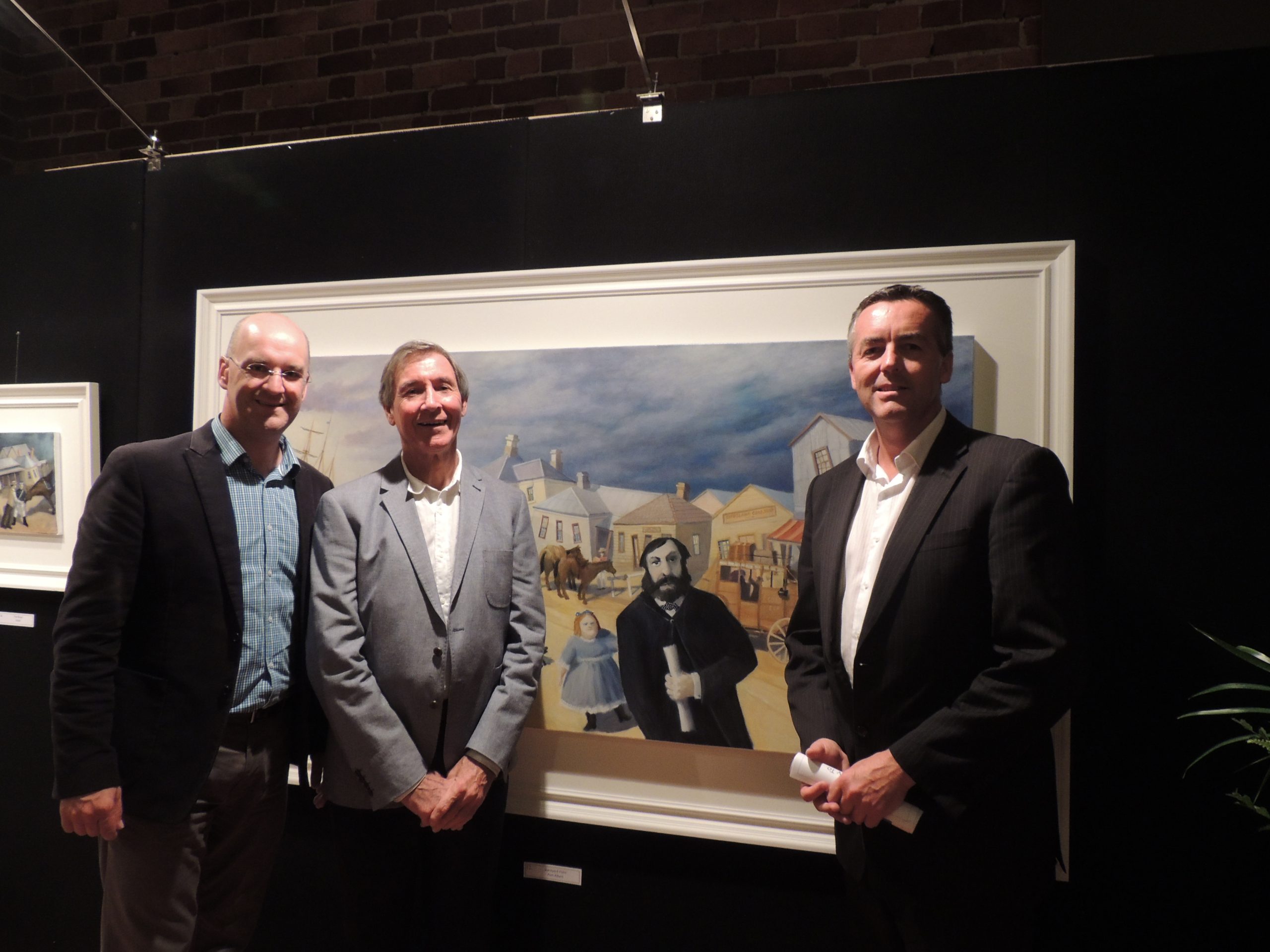 The Port Albert Hall was the venue for the launch in conjunction with the opening of internationally known artist Warren Curry’s Gateway to Gippsland exhibition.

The art exhibition, which will be open this week, features 30 paintings, the result of close to a decade’s work by Mr Curry, depicting scenes from Port Albert’s long and colourful history.

The opening of the exhibition attracted a capacity crowd of locals and dignitaries including Gippsland MHR Darren Chester and Gippsland South MLA Danny O’Brien and shire councillors.

A family fun day followed on Saturday, with live music including a performance by Cash Savage and the Last Drinks and The Badgers, as well as twilight sailing at the yacht club.

The celebrations will continue this Saturday, with a Celebrating Our Streets historic town walk, which will leave from the maritime museum at 2pm, following an old fashioned family picnic featuring pony rides, native animals and children’s activities.

The final day Sunday. February 21, will include a vintage car show at Rutter Park and a wooden boat regatta.

The town was the second to be established in Victoria after Portland, after survivors of a shipwreck produced favourable reports which attracted speculators.

Benefitting from the gold rush in the 1850s, the town became a major trade hub before railways were built.

The fishing industry then became central, but has since receded.

Port Albert is now a popular destination for boaters and anglers and remains an historic fishing village, with arguably the best fish and chips in Victoria.