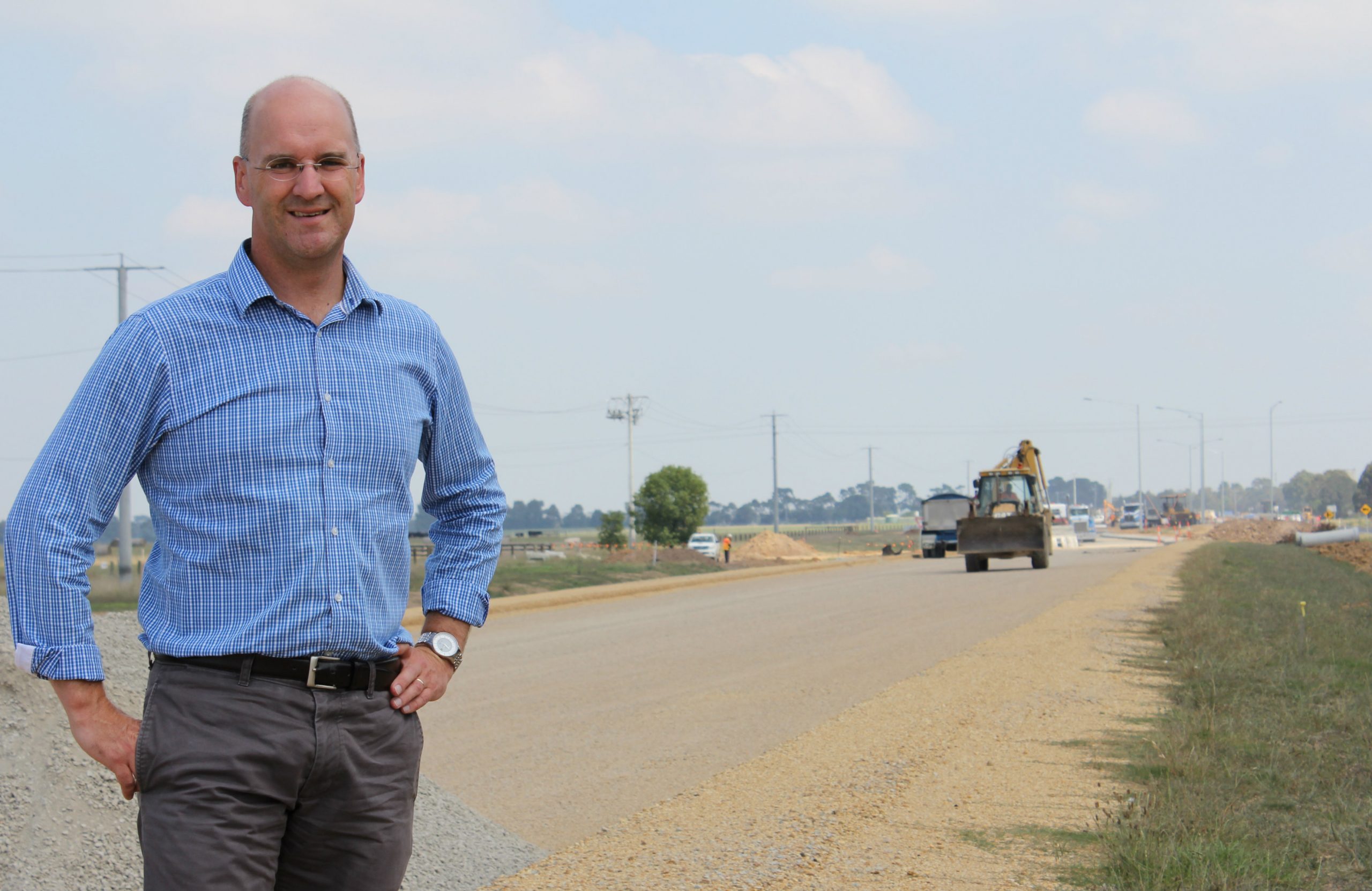 GIPPSLAND South MLA Danny O’Brien has again raised in Parliament the need for state government funding to complete the duplication of the Princes Highway between Traralgon and Sale.

Speaking in Parliament last week, Mr O’Brien called on the Roads Minister Luke Donnellan to ensure the state government was ready through this year’s budget to match any contribution from the commonwealth for completion of the duplication.

“We are 80 per cent of the way there on this important project for Gippsland and it’s important that we keep funding up to ensure the highway is completed in full,” Mr O’Brien said.

“VicRoads estimates the final two sections that are yet to be funded will cost about $160 million.

“That means that on an 80:20 split we will need about a $32 million contribution from Victoria to match any commonwealth contribution and the state government needs to be ready with that level of funding.

“I’ve called on the minister to have that allocated in the budget to ensure this project is delivered.”

Mr O’Brien said the duplication would improve safety and efficiency on the highway and would be a great boost for local residents, business and the tourism industry.

“With contractors in place and work continuing at the moment, it would be a retrograde step if it all ground to a halt due to lack of funds,” Mr O’Brien said.

“State and federal governments of both persuasions have been funding this project and we must now see it to conclusion.

“I know my federal colleague Darren Chester is working on funding from the federal end and it’s important that we aren’t let down by a failure to commit on the state end.”

Mr Chester said the Princes Highway duplication remained the highest priority federal government road project in Gippsland and he was working with his ministerial colleagues to secure funding.

“It saves lives and is good for business and industry,” Mr Chester said.

“The project has always enjoyed bipartisan support and I look forward to seeing both levels of government fund the final stages.”

As the newly appointed Transport and Infrastructure Minister Mr Chester will be a in a unique position to influence the project.