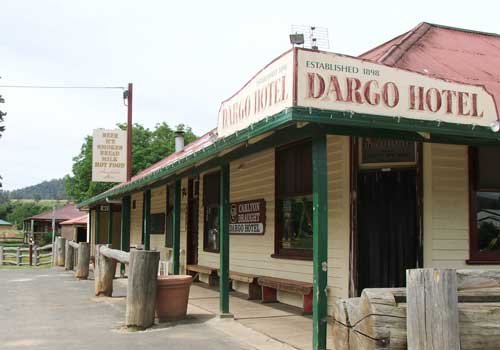 THE Dargo community will not have a Neighbourhood Safer Place to gather as a place of last resort during a bushfire.

Wellington Shire Council this week voted to withdraw consent to designate land behind the Dargo Hotel as an NSP.

In 2014 council decided to decommission the Dargo Hotel as an NSP and give that status to vacant land behind the building.

Council since received modelling from the Department of Environment, Land, Water and Planning, showing the area may be subject to an unacceptably high level of ember attack during a bushfire.

This led to council ruling it an inappropriate site for an NSP.

Other options have been investigated, but none were deemed unacceptable after County Fire Authority assessment and community consultation.

Councillor Carolyn Crossley said the land behind the hotel which it was initially thought would provide locals and visitors with a safe place during fire had been a false hope.

With no NSP in the town, Cr Crossley said council had been helping the Dargo community plan for a bushfire emergency.

“The Dargo community is very resilient, a community that gets their act together and works together,” she said.

“They’ve also created their community emergency plan … it’s available for visitors as well as the community there.

“Although there isn’t a designated safer place for all those reasons, the community is not going to be left alone.

“We’ll be encouraging them to keep their community up to date, and assess the conditions and educating the community and visitors about what is the best options when there is a fire in the vicinity.”

The only designated Neighbourhood Safer Places in Wellington Shire are Lions Park, Loch Sport, and around the Port Albert boat ramp.