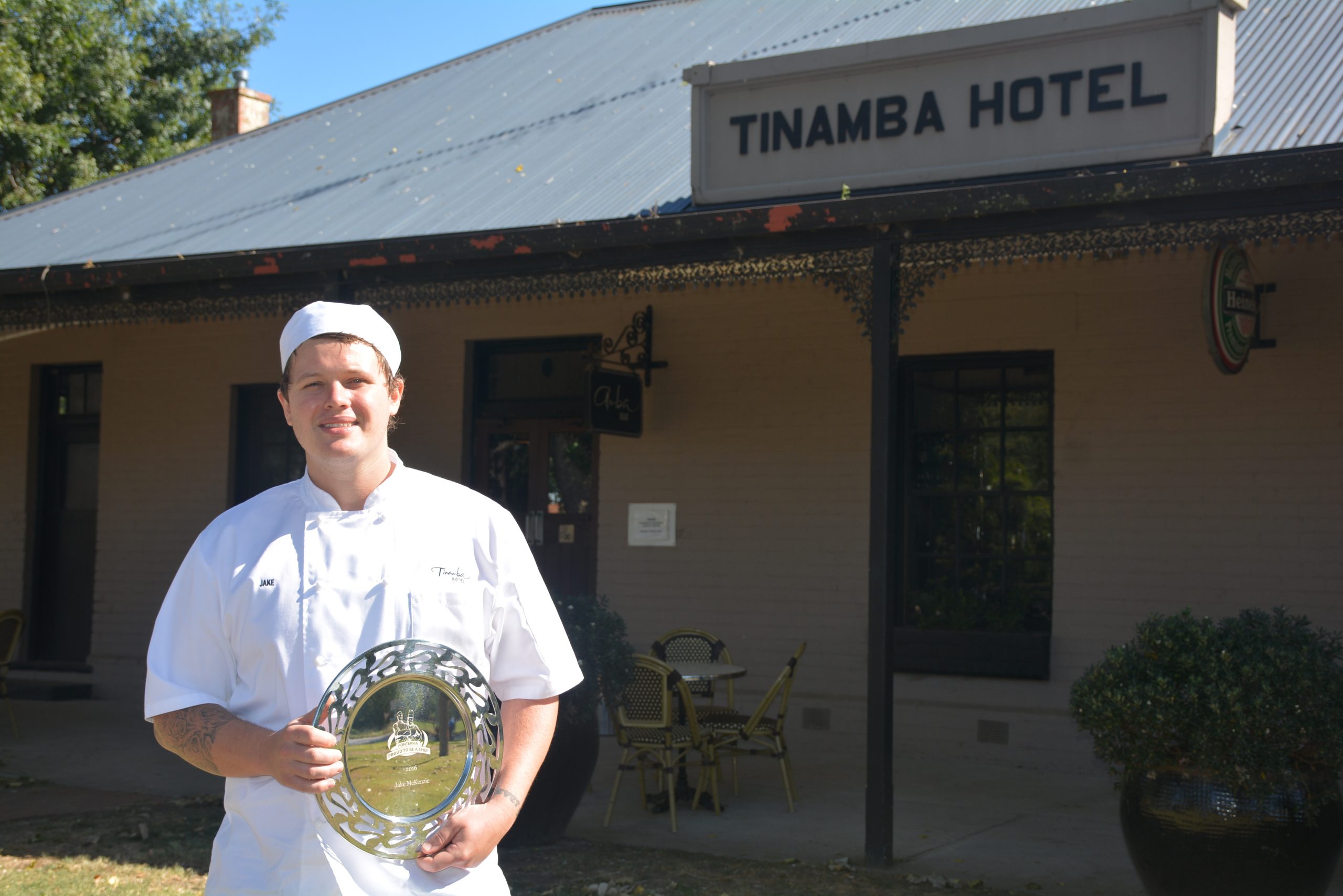 He was the winner of the 17th annual Fonterra Proud to be a Chef mentoring program, held in Melbourne last week.

Mr McKenzie fought it out in the kitchen against 32 fellow apprentice chefs, taking out the top prize of $7500 to spend on an international culinary placement exclusively tailored to his personal aspirations as a professional chef.

Mr Mckenzie said he was thrilled to have been presented with the opportunity to participate in such a renowned culinary competition and was looking forward to the international culinary placement.

“Over the past couple of years as an apprentice, my interest in learning about food had almost turned into an obsession. I’m really humbled to be announced the winner,” Mr Mckenzie said.

“Being a finalist in the Proud to be a Chef program has been so rewarding in itself and will truly benefit not only my career, but the careers of the entire finalist group we’ve learnt so much over the past few days from our mentors Anna, Josh and Peter and have had the opportunity to network with passionate and influential people in the industry.”

“To be presented with the finalist opportunity and then receive the international culinary placement is such an amazing experience. I work in a small country town, so to have the opportunity to go overseas and develop as a chef is really exciting,” said Jake.

After talking to Mr Pelham, Mr Mckenzie thinks he will spend his winnings on a placement in the UK.

“They’ve gone over there to work and trained over there,” he said.

“It’s not just about the food, it’s also how prepare and organise yourself, it’s a whole grounding of being a good chef. I want to go somewhere where it’ll train me to be the best chef.”

The finalists were evaluated on their participation in master classes, the creativity and technical skill demonstrated in their original recipe, in addition to their passion and commitment to the food service industry.

All 33 of the participating apprentice chefs will have their recipe published in a special Proud to be a Chef 2016 yearbook.

“It wasn’t as cut throat as I thought it’d be, the competitors were just great chefs all round, I can’t wait to see the yearbook,” Mr McKenzie said.

“It was more of a learning experience than a competition, I’d say.

“The mentors were absolutely amazing, they really opened my eyes up to the amount of work that you have to do to get to where they are.

“It’s given me a lot of motivation to keep going.”

“I’d really like to thank everyone that supported me, family, friends, mentors, the Tinamba Hotel, and the Gordon Institute.”

Mr McKenzie was also awarded the Gordon Institute of TAFE’s best third year apprentice, in a ceremony in Geelong on Wednesday.

“I got best second year last year, I think it’s just my personality, I want to learn as much as I can.”

Tinamba Hotel manager Damien Gannon said he hoped Mr McKenzie would become the best chef he could be.

“We’re really really pleased Jake won, and the fact he won two awards in the one night is unbelievable

“We’ve always had huge faith in Jake, from when he first came here, from being a qualified baker to a wanting to become a chef.

“I think we’ll have to add a pork dish, the Facebook page went crazy!”