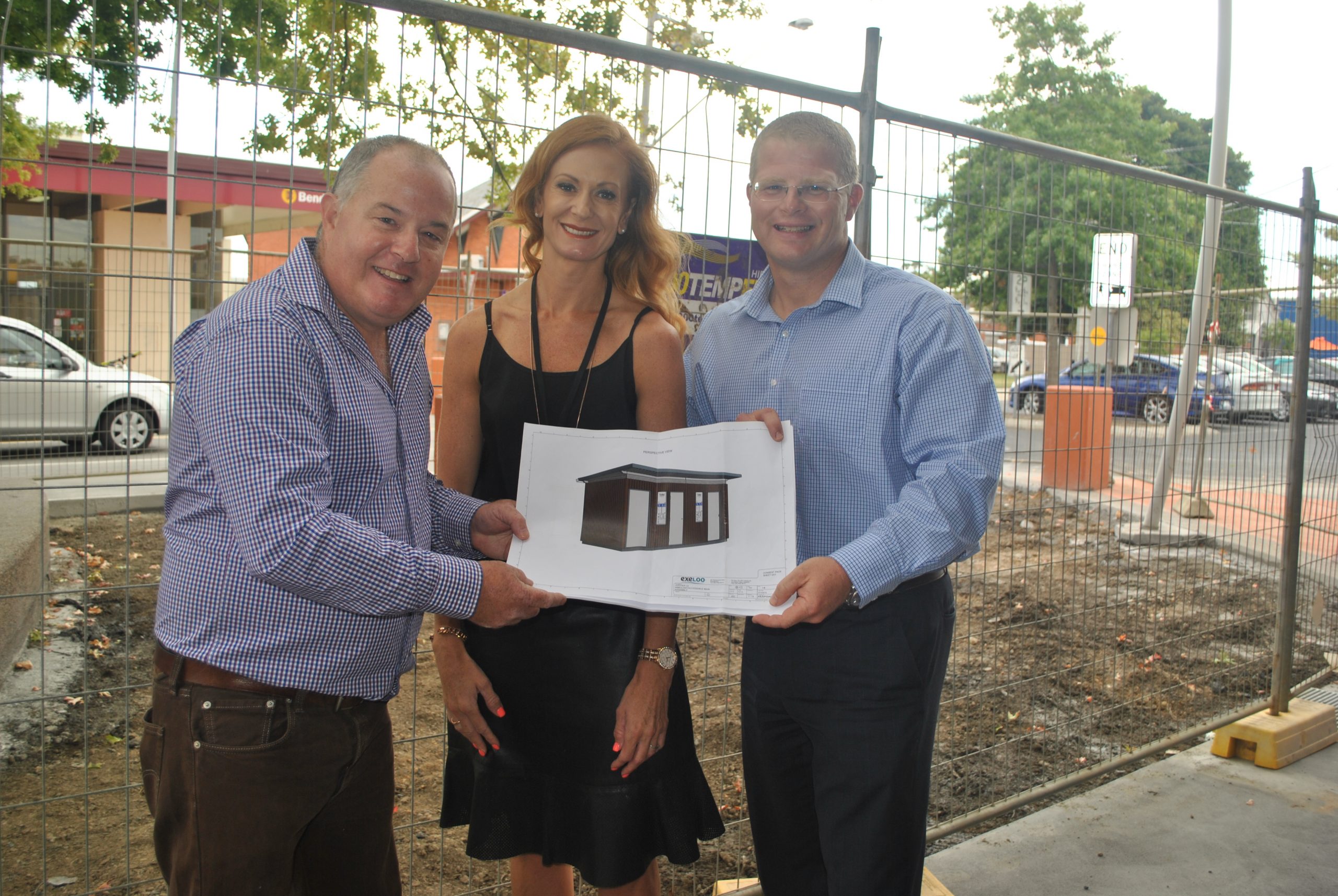 WORK has commenced in Sale’s central business precinct to prepare for the installation of public toilets.

The pre-constructed twin toilet block is currently onboard a ship making its way from New Zealand.

Wellington Shire Council predicted the toilet block would be up and flushing by mid April.

The project cost about $200,000 for the block and planned installation.

The facility will include two fully automated toilets, one unisex accessible toilet and one ambulant cubicle, as well as baby change facilities.

A petition was launched by Sale Business and Tourism Association in June last year to have the toilets built.

The petition garnered community support, with more than 1400 signatures generated in one week.

At the time, the association cited “the lack of such a facility puts a strain on mothers with small children, parents and carers of those with special needs and our elderly citizens especially, as well as the wider community and visitors to our area who are unable to quickly access a public toilet facility”.

Council voted in August to build the toilet block near the Commonwealth Bank in Cunninghame St.

“Council made the decision to fund these toilets based on a push by the Sale Business and Tourism Association and when finished, they will be a great example of council listening to, and working with the community,” Cr McCubbin said.