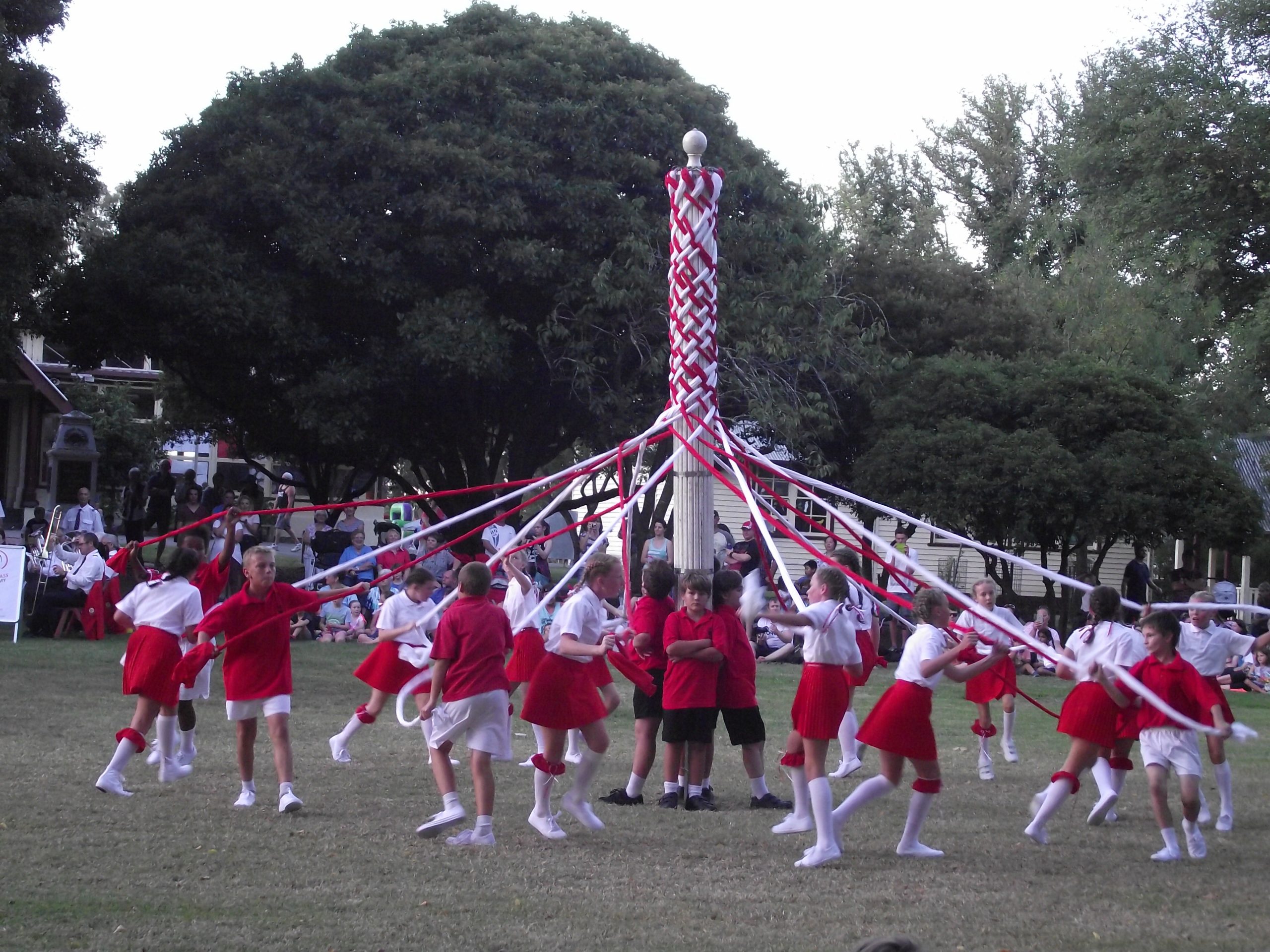 Hundreds of people attended the annual fundraiser, with numbers growing from last year.

The 123rd running of the Maypole Dance, featuring more than 60 grade five and six students, was flawless, accompanied by the Sale City Band.

Principal Brad Evans said that everything was fantastic.

“Attendance is good, the weather’s perfect, the new maypole instructors have done well,” he said.

“I’d like to give a huge thank you to all the sponsors, businesses, families, and community groups, they’ve done a fantastic job supporting us.

“It’s a small but busy group of organisers who work for six months leading up to the event.”

Ms Jondahl said the event was looking very successful. “I think there’s more in the crowd than last year, the numbers are not as high as they used to be, but it’s a more comfortable size now,” she said.

There were massive lines for attractions like the Cha-Cha and the petting zoo, while the maypole dancers survived the full 15 minutes of their routine in humid conditions.