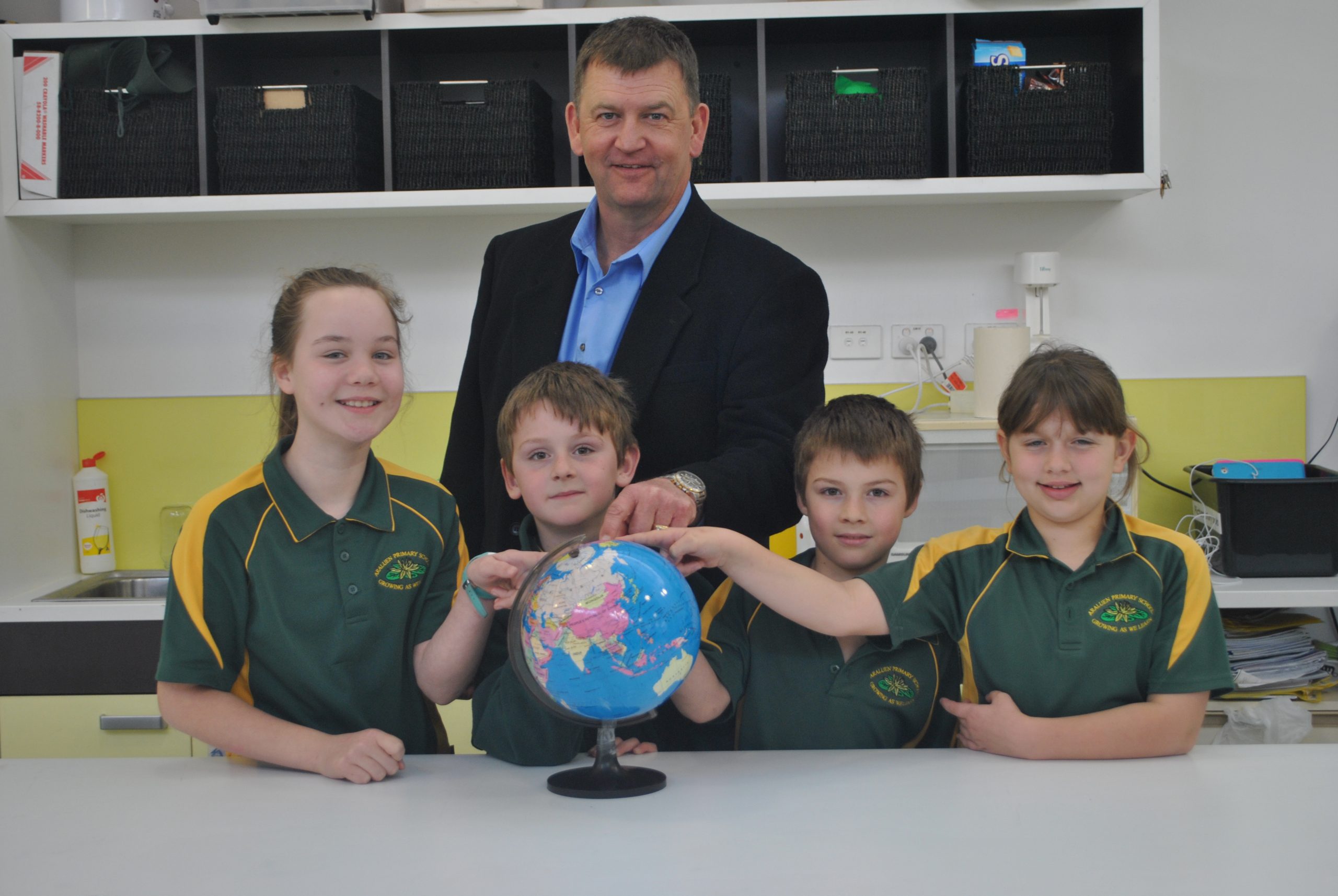 THE onshore and offshore Esso communities have been rocked by news of the death of former Longford plants manager Monte Olson just months after his departure from Australia.

Mr Olson, who was highly respected locally, died on Saturday at his home in Conroe, Texas, in the United States. He was aged 53.

“In the workplace, Monte was unwavering in his commitment to safety,” he said.

“Under his leadership, Longford Plants achieved the significant safety milestone of more than two million man hours and more than three years without a recordable hurt.”

Mr Kostelnik said Mr Olson had also made a significant contribution to the community during his time in Gippsland and developed close friendships within the Longford Plants and Sale surrounding community.

“Our condolences are with Monte’s wife Pam and his family during this very difficult time,” he added.

In an interview with the Gippsland Times in April 2013, shortly after his arrival at Longford, Mr Olson said coming to Australia had been a dream of he and his wife.

The Olsons moved to Wurruk in January 2013, leaving their three children, Stacey, Tanner and Trevor, son-in-law Josh and grandchildren Lily and Talon, in the United States as they set off on their new adventure.

“Pam and I are very appreciative of the Sale community for welcoming us into the area and we look forward to being more involved in the community as time goes by,” he told the Gippsland Times.

No stranger to regional life, Mr Olson grew up on a large acreage farm in north-west Dakota in the United States, right next to Canada, where his grandfather established a homestead.

Mr Olson bought the land from his grandfather, share-cropping and renting it out, growing durum wheat and raising Angus and Hereford cross cattle.

“(Because of) the farming background I have and the smaller type of lifestyle that my wife had, we feel very comfortable in Sale, with the community, with the environments and the farming,” he told the Gippsland Times in 2013.

“… we will be here for years to come”

In his 36 years experience in the gas industry, 32 of those working for ExxonMobil, Mr Olson worked in the United States and West Africa, where he helped to start up three major facilities in five years.

He started out as a petroleum engineer, graduating from Montana Tech and took different engineering assignments in the US before moving up the corporate ladder to work as an operations manager for several of ExxonMobil’s larger scale operations.

After working as a plant manager for Mobil Operations in Mobil Alabama, Mr Olson was offered the opportunity to work in Angola in 2002.

Working as a start-up manager on floating productions systems offloading oil platforms, he started up the Kizomba A and B facilities, which, together, took three and a half years.

He was then transferred to Nigeria where he started up another facility called Erha.

Mr Olson then worked as a plant manger in Wyoming’s Rocky Mountains facility, describing it as a complex gas plant.

The plant produced a third of the world’s helium as well as natural gas for use in homes.

“I feel extremely safe in Australia,” he told the Gippsland Times in 2013.

“They keep telling us to lock the doors, but I don’t know why,” he said.

Mr Olson left Longford late last year and worked in Melbourne before returning to the United States for a new assignment with ExxonMobil.

A funeral service for Mr Olson will be held 2pm Monday at Gloria Dei Lutheran Church in Williston, North Dakota.

Fellowship will follow the service and burial will take place Tuesday at 10am at the Zion Lutheran Cemetery, in McGregor, North Dakota.

Esso has been unable to confirm how Mr Olson died.

Counselling has been made available to Esso employees via Esso Australia’s employee assistance program.

People experiencing difficulties are urged to phone the beyondblue Support Service on 1300 22 4636 or go to www.beyondblue.org.au/get-support for email and a live chat service.