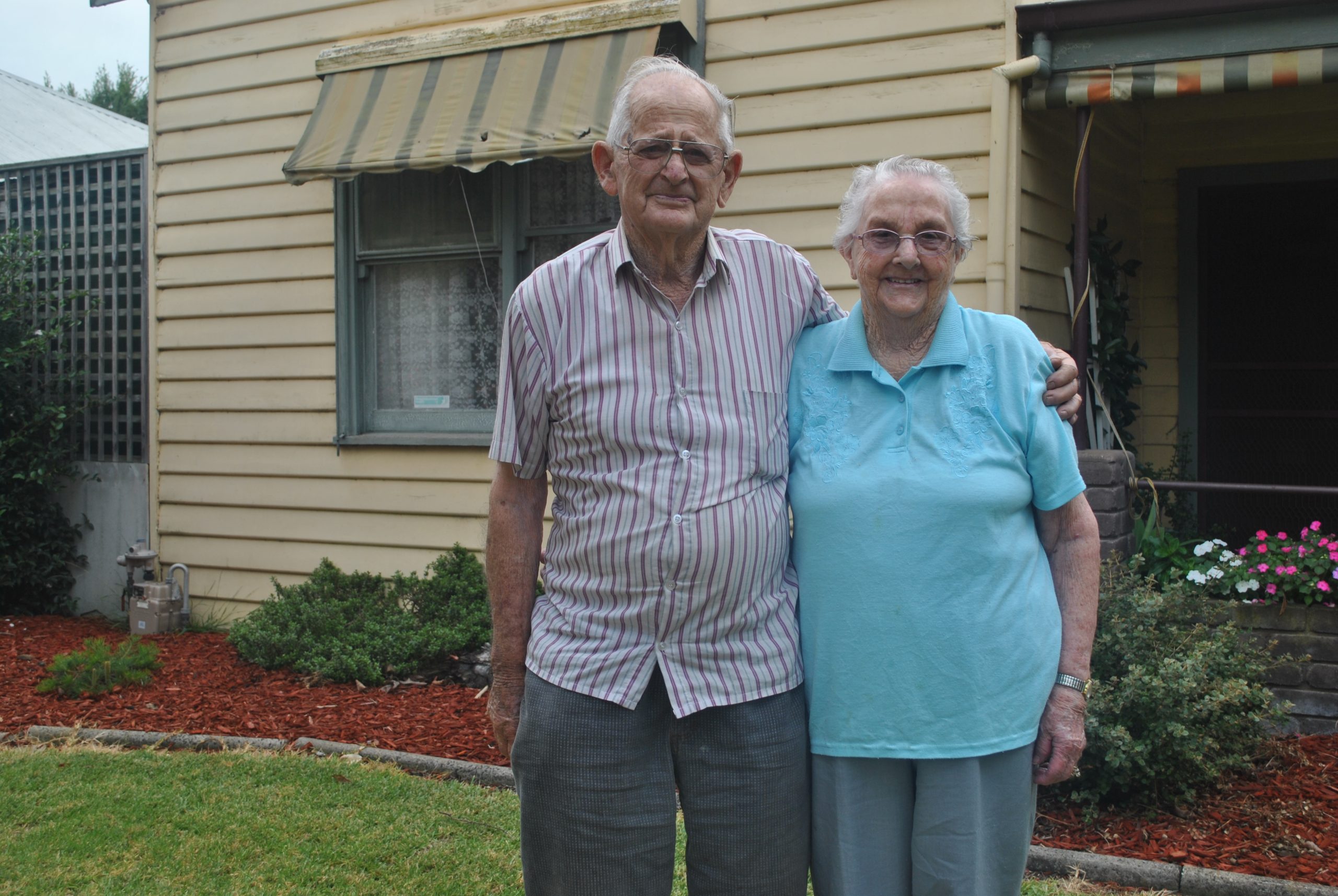 DON and Nancy McKenzie were thrilled to ride in a vintage vehicle in the recent Celebrate Seaspray grand parade.

For Don, his days growing up at Seaspray were filled with horse riding along the beach and sharing sponge cake with the community around bonfires at his home.

Don and Nancy have lived in Sale since they married in 1950, but they share treasured memories of growing up in the seaside town.

Don’s father William McKenzie, known fondly as Gaslight, was given a soldier settlement in Seaspray following his service in World War 1.

Gaslight, from Hazelwood, enlisted in the Australian Imperial Force on October 25, 1914 and set sail for the Middle East with the 3rd reinforcements for the 4th Lighthorse Regiment on February 3, 1915.

Photography was a hobby of Gaslight’s, one he continued during his service in the Middle East.

However, the only way to develop them was by gaslight, resulting in his nickname.

“They were only black and white but they were good photos,” Don said.

Gaslight was present with the Regiment at the charge of Beersheba on October 31, 1917.

He served in operations at Gallipoli, Egypt, Sinai and Palestine, before returning to Australia in mid 1919.

He submitted an application for a conditional purchase lease for land in Prospect Estate, which was granted in November 1919.

One of Don’s sons, Malcolm, was about two years old when Gaslight died in 1953.

Mal grew up listening to countless stories about his grandfather, and said it would have been nice to spend time with him.

One story he recalled was when Gaslight used a plane jockey wheel to fashion a wheelbarrow.

“During the Second World War, there were planes crashing around here, training planes, and there was one that crashed into Lake Reeve,” Mal explained.

“It was still there a little while later so Gaslight went down there and got the back wheel out of it, a little jockey wheel, took it home and made a wheelbarrow.

“He was really annoyed a few months later when the RAAF turned up wanting their wheel back,” Mal laughed.

Don recounted a time when Gaslight found a mine washed up onto the shore, which Germans had reportedly dropped in Bass Strait.

As the mine was believed to be active, Gaslight got in contact with the Navy and placed a guard around it until they arrived.

After defusing it, Gaslight asked what they were going to do with the mine and they said he could have it.

“So my dad took it up to our place and we had it there for some time,” Don said.

“We even have photos of it somewhere.

“It was a show piece for a while and it’s now out at West Sale (Airport).”

Don was born in May 1924, about five years after Gaslight had settled in Seaspray with his wife Rose.

He was the fourth of seven children in the McKenzie family.

During the time they lived in Seaspray, there was a bakery, post office and restaurant-café.

Nancy, who was a McNeilly back then, worked as a shop assistant at the bakery.

When he was 16, Don was employed to empty the creek to stop it from flooding the town.

“The creek up at Seaspray would get flooded,” Don explained.

“I had a horse and scoop and I used to go down and let the creek out with permission from the Rosedale Shire, and I’d do that perhaps once a month, or two or three times.

“I’d get two pounds — big money in those days.”

During his down time, Don said he would “run amok”.

“We’d get up to a lot of mischief,” he laughed.

“It was make your own fun, riding horses and that.”

On occasion, Don would ride into Sale on his horse to watch a film at the cinema, which was a five-hour round trip.

He would stay at his aunt’s house in Sale overnight before returning home the next day.

Don also worked on his parents’ farm, which included dairy and sheep farming.

“All the work on the farm was done by hand, milking cows and all of that. There was no electricity,” he said.

“They discharged me in 1944 to go back and run the farm because it was an essential service, and my father only had one arm at that stage and my mother wasn’t doing well.

Don’s sister Dot bought the property in 1950 and continued farming there until the late 1970s.

During his days there, Don said the Seaspray community was like one big family.

“The locals down there did a lot of work forming the original road to Sale,” he said.

“At harvest time they’d go from farm to farm to harvest.

“You’d get the horse and cart to cart the hay in.

“There was only one wool shearing shed, so you’d drive your sheep there, get them shorn then drive home again.”

Don was also the equipment officer for the Seaspray fire brigade and is a life member.

Don and Nancy met as youngsters at school but didn’t start dating until years later.

The Ninety Mile coastline often made for the perfect date setting for Don and Nancy — picnics with sunset views or horse riding along the sand.

“We’d go for a walk over the beach and do all sorts of activities around the place,” Don said.

“The local politician who was down there, James McLachlan, he organised sports days for the district.

“There’d be races and light aircraft would land there and have flights. Great memories.”

Don asked Nancy’s mother for permission to marry her daughter and the response was “I don’t think so”.

“She was a cheeky mother-in-law,” he laughed.

“Nancy’s mum used to run the dairy in Seaspray.”

“We used to sit there milking cows and people would sit at the fence waiting to buy the milk off you,” Nancy said.

Nancy was the youngest of four children.

The way Don tells it, if someone owned a pushbike in those days, they were “a millionaire”.

“That’s why I married her,” he laughed.

Don and Nancy married at the Presbyterian Church in Sale on September 2, 1950.

Their years in Sale have been filled with good times, but they still like to reminisce on their Seaspray days.

“We still like to go down and check it out now,” Don said.

“I reckon we saw the best days of it.