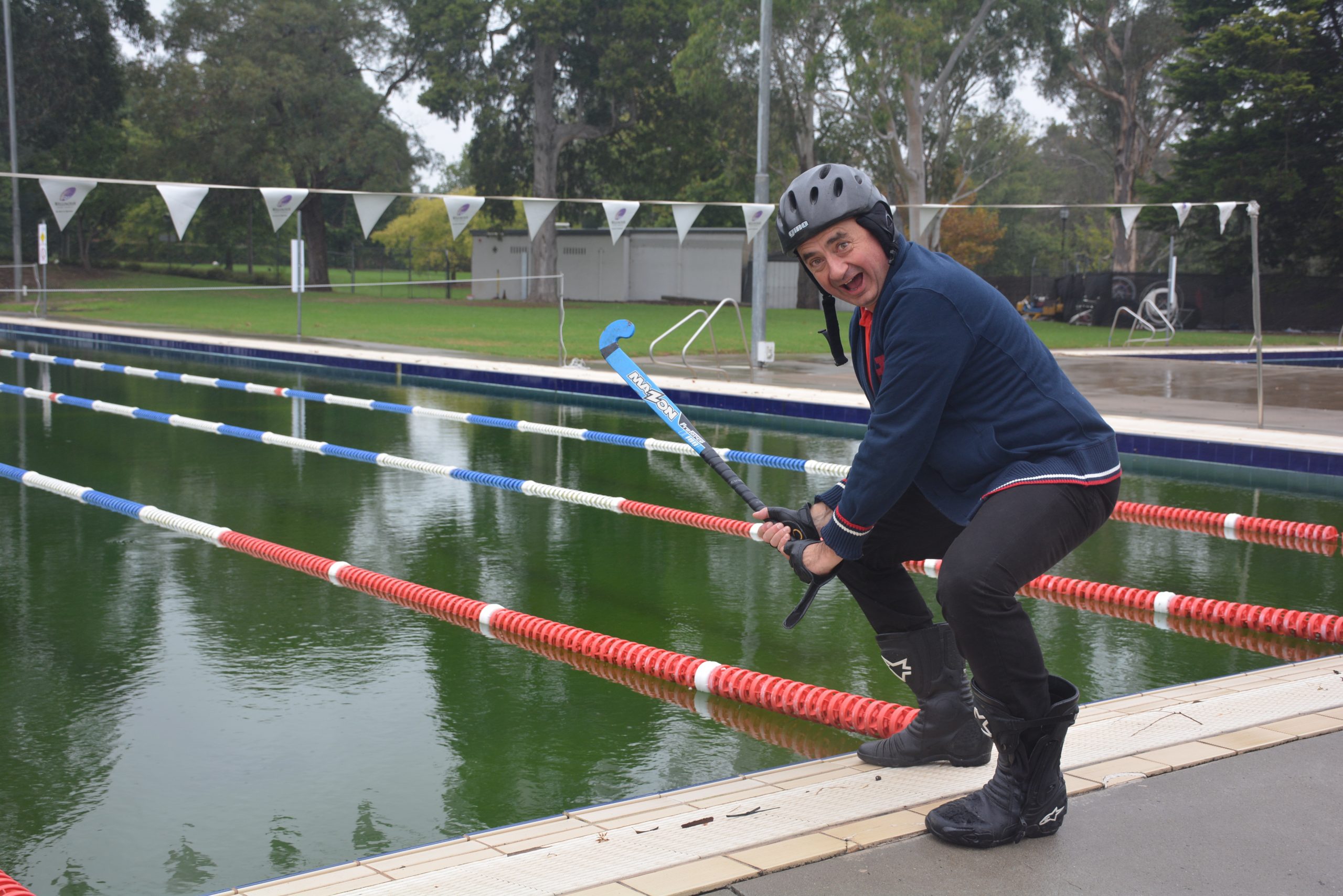 WELLINGTON Shire Council is considering a bold new plan to freeze the 50 metre Sale pool in winter to create an ice rink.

A shire committee has been looking into ways to better use the asset year-round, and has been costing a multi-million dollar plan to build the rink.

Wellington Shire mayor Darren McClubbin, who is currently in Japan touring ice rinks and looking at related events, said it would be a wonderful asset for the shire.

“We don’t want to let this idea slide,” he said.

“It could bring amazing economic benefits to the region.”

Cr McClubbin said an ice rink would attract all sorts of events to Sale.

“We could host Gippsland figure skating championships, Disney on Ice, a winter music festival on ice, ice carving with chainsaws … the opportunities are endless,” he said.

He said he was particularly excited at the possibility of bringing penguins to Sale from the Melbourne Aquarium and having penguin petting sessions.

“We think they’ll be enormously popular.”

Cr McClubbin said attracting Ms Vursd to Sale would be a major coup.

“If she defected, we’d be delighted.”

Local sporting clubs are also interested, and have already been expressing interest in forming teams to compete on the ice, with the possibility of establishing toboggan and ice hockey teams flagged.

“SSIT is really positive about this,” he said.

However local resident Mona Wyner, who is leading a push against the rink, has given the idea an Arctic reception, saying it would all be a waste of money.

“The money would be better spent on fixing my footpath,” she said.

“I know in winter I pretty much just sit by my the heater with my cat Peskina, so I for one won’t be slip-sliding around and using this ridiculous rink.”

Ms Wyner has formed a protest group which is giving the proposal the cold shoulder.

The group is calling itself the Campaign to Outlaw Ludicrous Decadence, or COLD, and is actively campaigning with the slogan ‘Sink the Rink’.

“We feel like we’re being left out in the cold on this one, so it’s an appropriate name,” she said.

“We’re voting in a block to try and have it stopped.

“As far as we’re concerned, this does not have a snowflake’s chance in hell of succeeding.”

Wellington Shire’s Cr Scott (Skate) Rossetti responded to the criticism, urging residents who were cold on the idea to “let it go”.

“You can’t hold it back anymore,” he said.

“The cold never bothered me, anyway.”

Council’s finance officer, Owen Money, said it was important to use assets year-round where possible to get the maximum benefit for ratepayers.

And, he said, freezing the pool would have the added benefit of stopping pool water leaching into Lake Guthridge during the winter months and upsetting carp spawning.

“Yes, the project will cost millions,” he said in a written statement.

“But we’re hoping money will floe (sic) from state and federal coffers as well.”

Gippsland politician Darren Clooney said he would push for a federal contribution towards the innovative project.

“I’d love to get out in my Skins on the ice, feel the wind through my hair and have a little twirl we all like a bit of spin,” he winked.

“But I’ll just have to see if the idea floats in Canberra.”

Council will further consider the proposal at its meeting tonight, April 1.