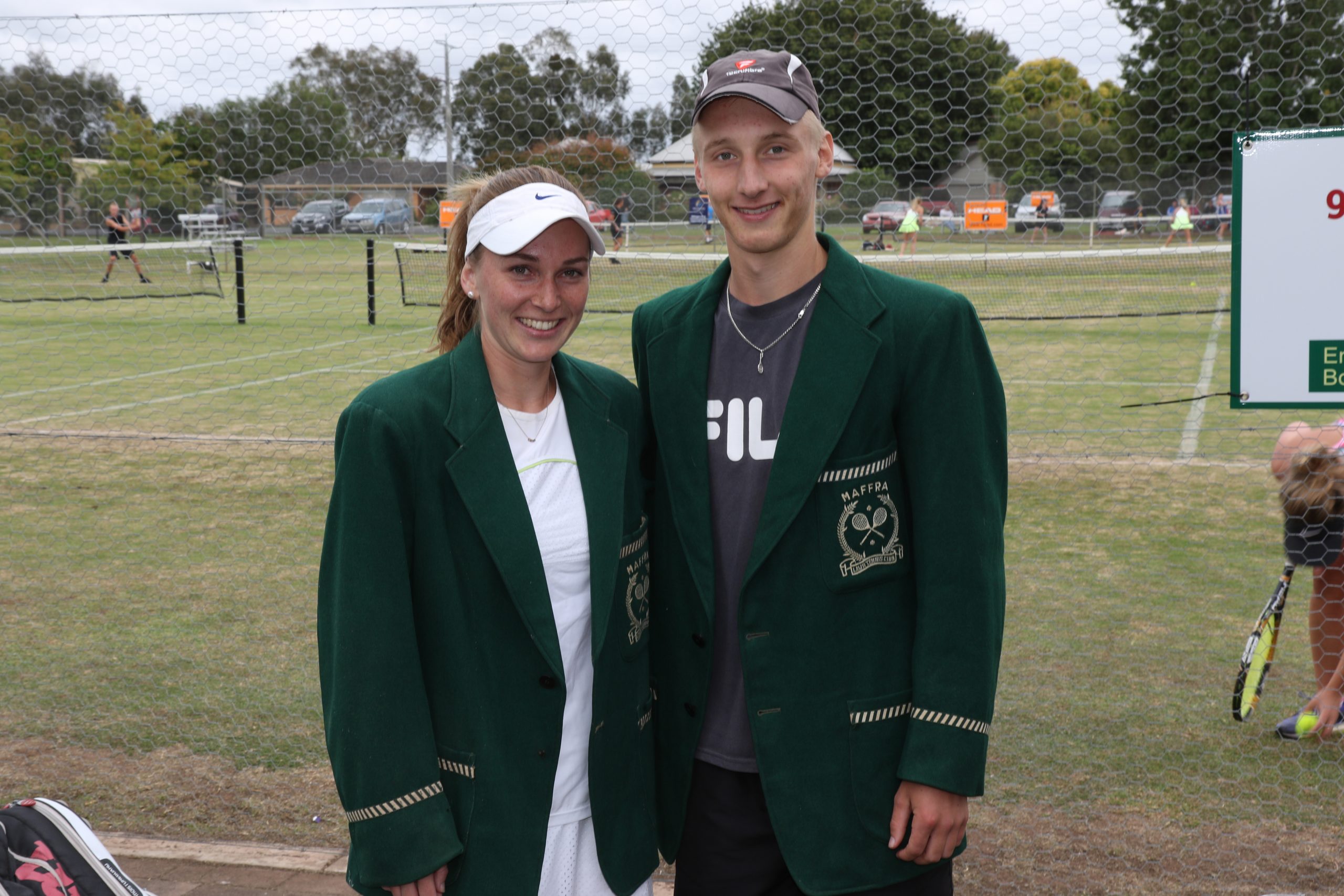 In Monday’s final, Hough defeated Zac Osborne from Melbourne in straight sets, 6-3 7-6, to claim the $1600 first prize. Osborne didn’t give up without a fight, pushing Hough to a tiebreak in the second set.

The women’s singles was also determined in straight sets, with Sophie Vickers of Bairnsdale defeating Kristen Antonopoulos of Traralgon 6-1 6-0. Vickers also took out a $1600 first prize.

As well as the prize money, Hough and Vickers received winners’ green jackets.

Hough, Vickers and Antonopoulos were involved in a play-off for the open mixed doubles title.

Vickers and Mark Stevens combined to defeat Hough and Antonopoulos 6-3 6-7 6-2.

Hough and Maffra’s Mitch Allman won the men’s doubles, with Melbourne duo Maria Bailey and Cathy Briant successful in the women’s against Maffra’s Natalie Allman and Amelia Charlton from Traralgon.

The four-day tournament attracted 275 players from across Victoria.

The club marked 90 years of the Easter tournament with a celebration dinner on Saturday. Special guest was 22-time grand slam winner Frank Sedgman, who played exhibition matches at Maffra in 1940 with Merv Rose, Nell Hopman and Nancy Bolton.

Club president Terry Flynn said the tournament was a memorable one, played at a high standard.

“The presence of tennis great Frank Sedgman to celebrate our 90th event was a highlight,” he said.

“A large group of volunteers worked hard to make the tournament a success. The club committee is already planning for next year.”