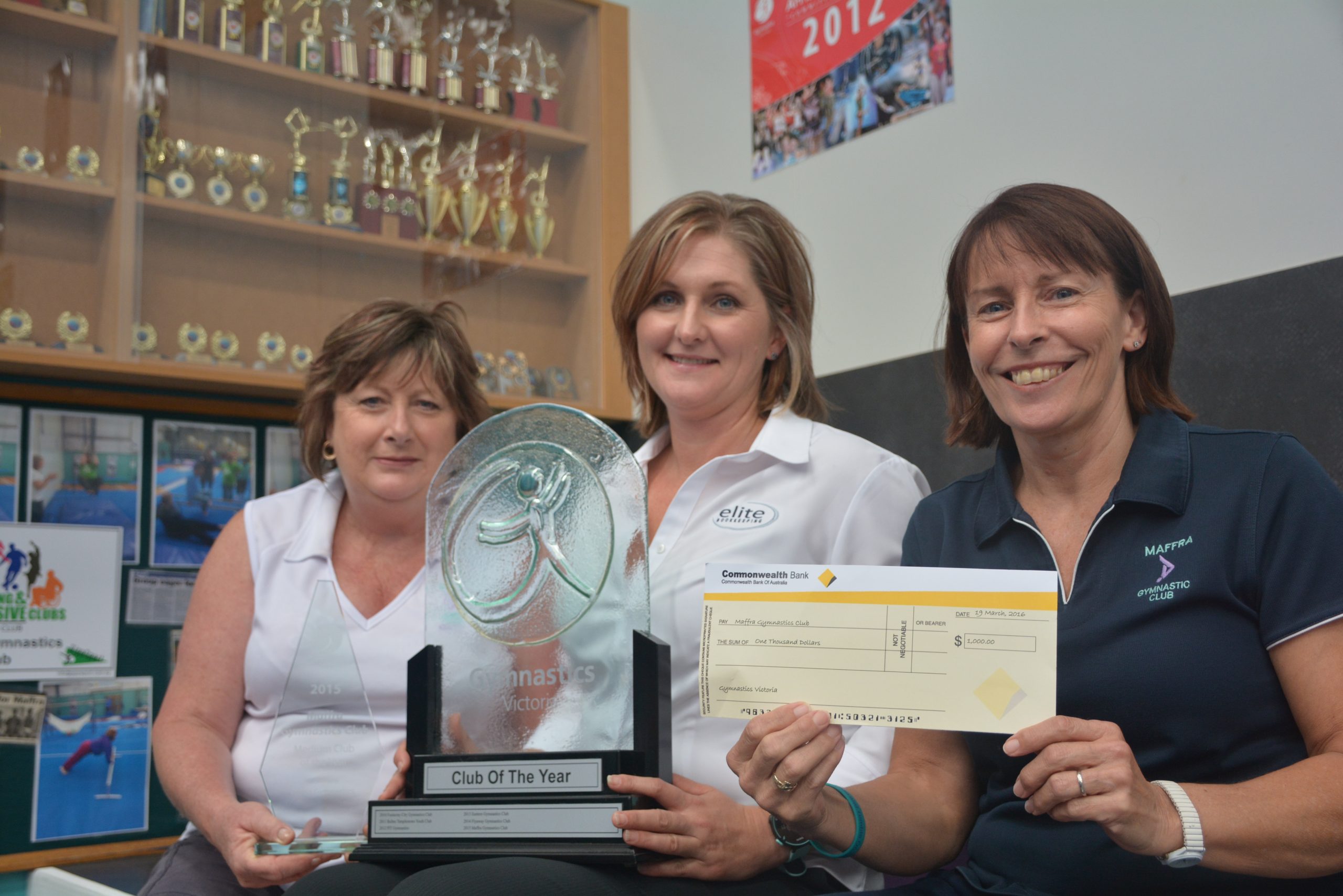 MAFFRA Gymnastics Club is celebrating after a weekend where it not only won state championship gold, but also became the top fundraiser at the Maffra Mardi Gras and was named Victorian gymnastics’ club of the year.

The club raised more than $25,000, which will be used to support a grant application to expand the Cameron Sporting Complex in Maffra, in conjunction with Wellington Shire Council.

The key to fundraising, according to head coach Robyn Dowse, was to cater for as many different types of people as possible.

The club hosted events such as social bowls night to a fun run, as well as gymnastics classes for children.

Former club president Vanessa Traill, who helped co-ordinate the Mardi Gras campaign, said it was hard work, but a lot of fun.

“We tried to run things to sort of perhaps attract people from outside of our club,” she said.

“It’s quite remarkable how Maffra itself, even though we pulled in some outside sponsorship, can actually continually support itself each year.”

“As we were walking off the stage we were swamped by people hugging us, they were so happy that we won it,” Dowse said.

“Judges, coaches from other clubs, they came over and were hugging us saying ‘we’re so happy for you, it’s so deserving’.”

“We run a summer camp each year, where a lot of Melbourne clubs come down and use our facilities,” Clark added.

“Hopefully it makes our case for the extension a lot stronger, because it’s a regional centre, recognised by other people,” Traill said.

Completing the stellar weekend was an unexpected pair of medals at a state championship competition.

Leyla Berry won gold on the vault, while Jess Lang took home bronze on the bars.

Both gymnasts were competing in the unlimited category, against competitors who had logged many more hours of training.

“And this against kids that train 26 plus hours a week,” Dowse beamed.

Berry is a state champion already, having achieved a perfect score last year.

“All the girls really stepped up,” Dowse said.

“We got the trifecta.”

The club acknowledged its supporters, including the Maffra community and the parents.

“It wouldn’t be possible without them, we really appreciate it,” Dowse said.