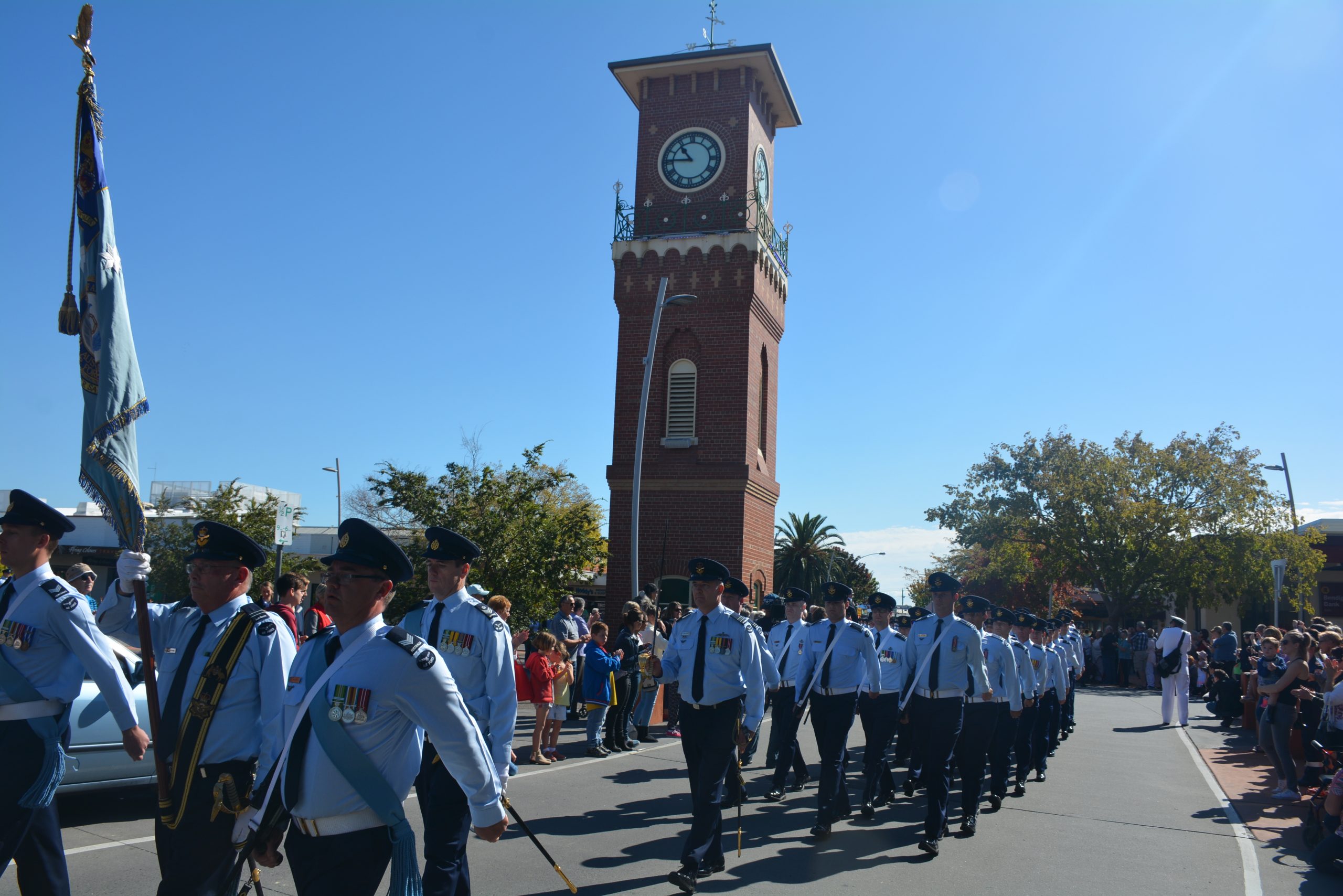 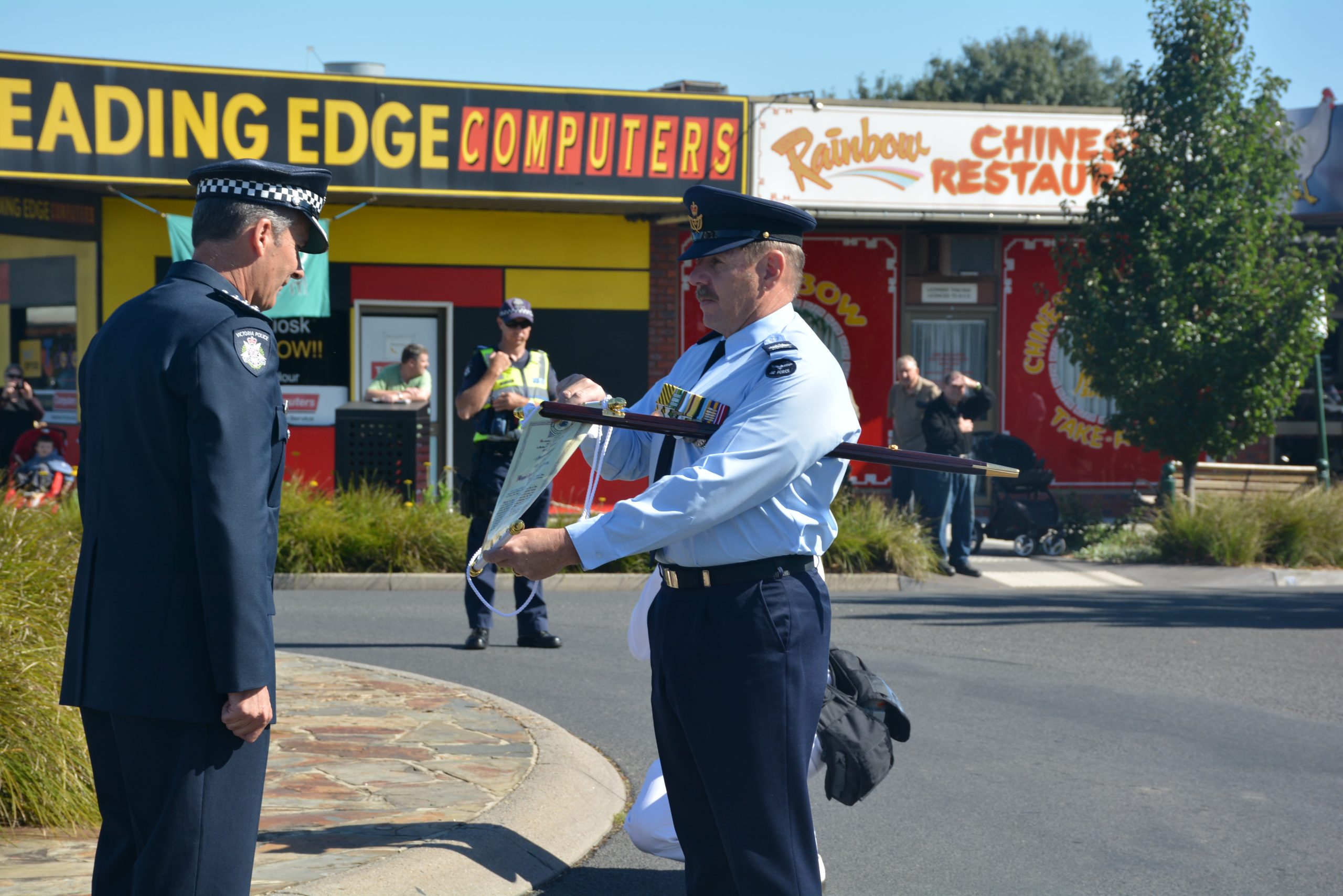 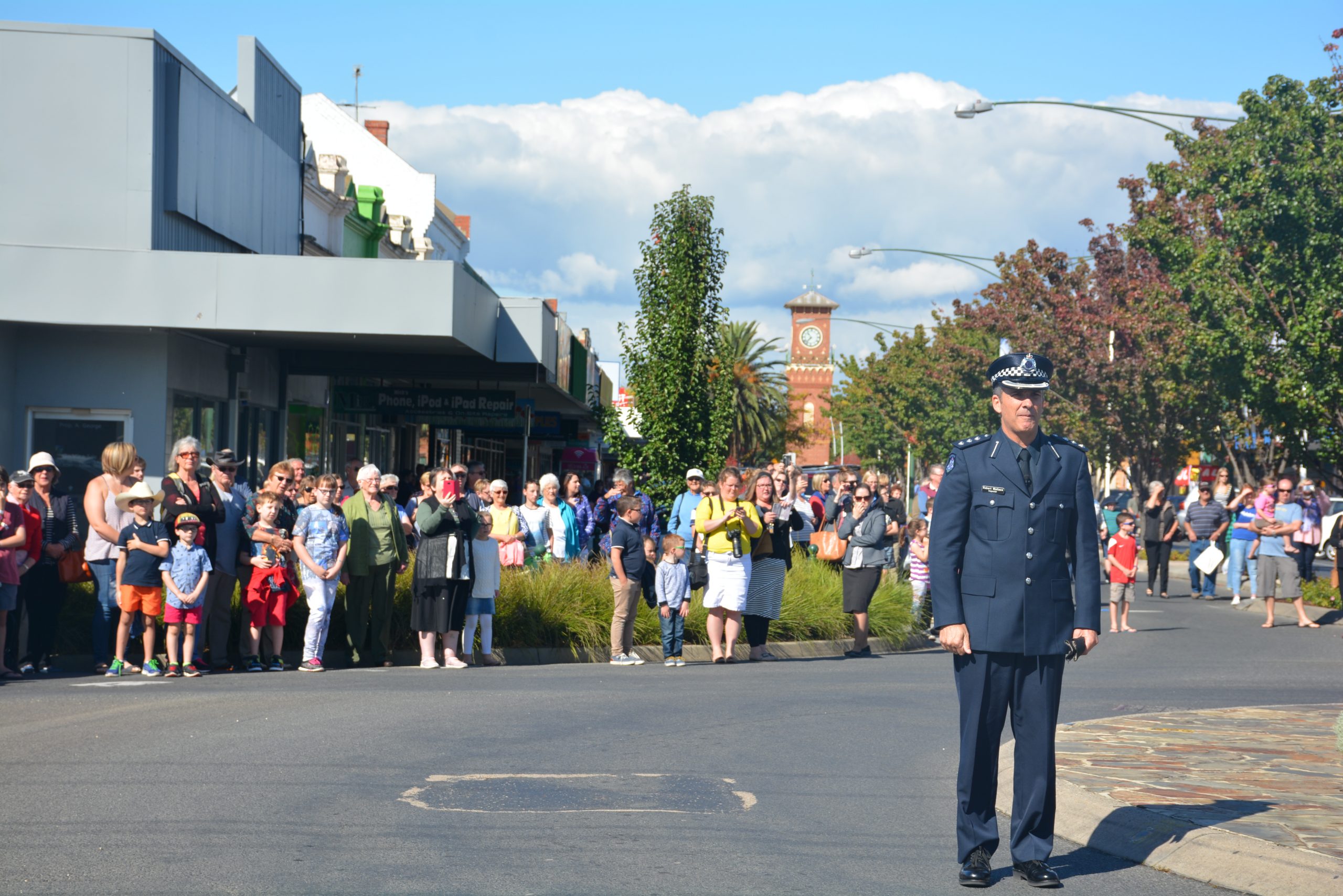 RAAF Base East Sale personnel marched along Raymond St in Sale on a stunning autumn morning on Friday to exercise the base’s Freedom of Entry to the City.

He was presented a proclamation announcing that RAAF Base personnel were free to enter the city, and they marched on towards Cunninghame St.

Several units paraded with their colours.

The Air Force Band performed during the march, with flyovers from locally-based aircraft, including the Roulettes.

Wing-Cdr Quirke said that the granting of the Freedom of Entry to a City for military units was a ceremony that had old origins.

“The early history of Europe shows that walled cities and trained soldiers protected citizens from death or capture by marauding armies.

“The right of entry to a city by outside soldiers was therefore rarely granted by authorities,” he said.

“When such grants were made, much ceremony was associated with the privilege, demonstrating the pride of the unit concerned, and the trust bestowed by the citizens.

“Cities are no longer walled; nor do they train their own armies.

“Today, a ‘freedom’ indicates the pride the local municipality has in its long associations with the RAAF unit involved, and is reflected in the traditional format of the ‘freedom’ parade.”