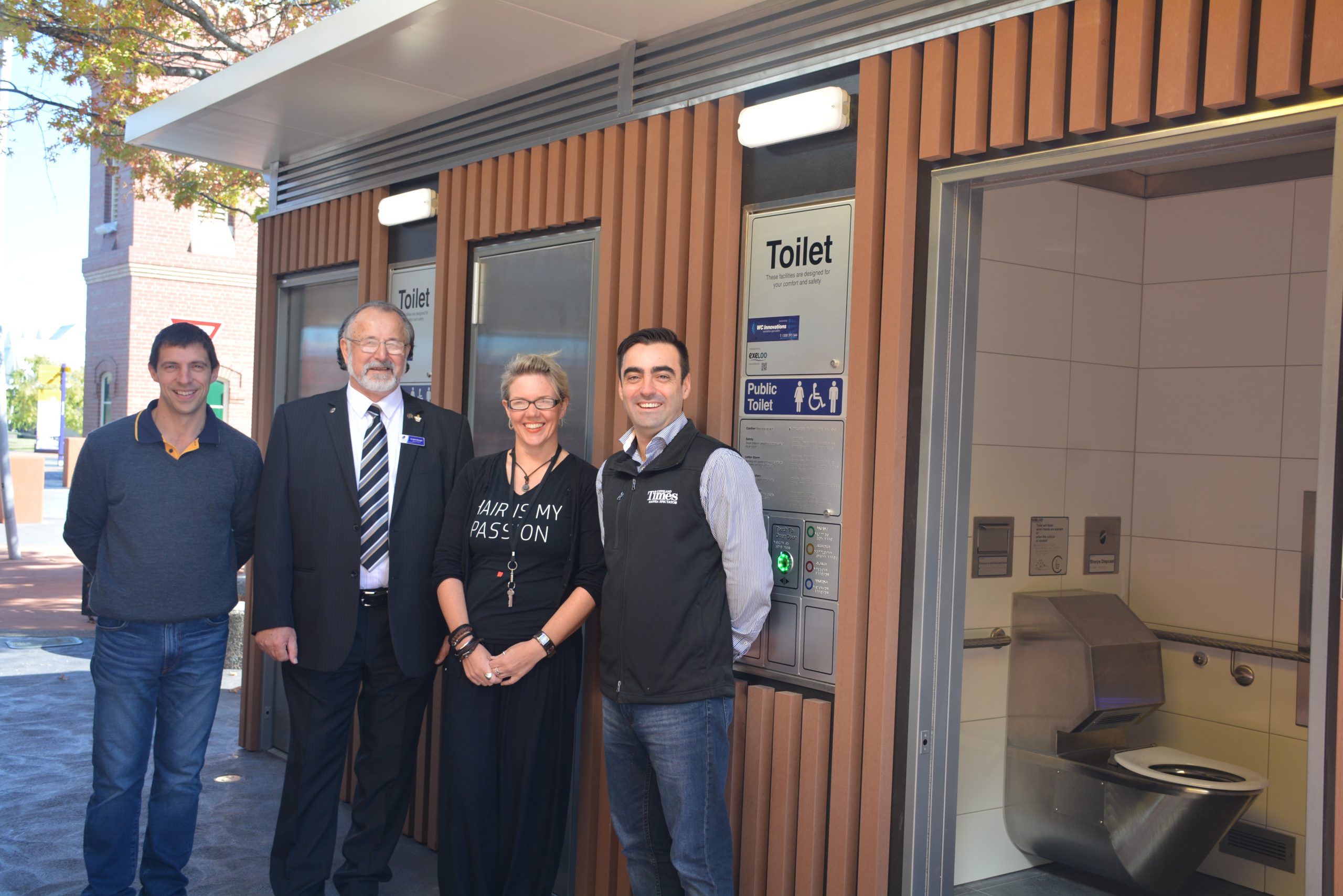 WELLINGTON Shire Council and the Sale Business and Tourism Association are a wee bit excited after the official opening of a new automated public toilet in the Sale mall.

Deputy mayor Bob Wenger officially opened the facility on Friday morning, cutting a sheet of toilet paper across a doorway to declare the facility open for business.

The $250,000 fully automated facility has several features to discourage loitering and vandalism, including non-porous surfaces for easy graffiti removal and recessed components to prevent damage.

A timer encourages genuine users, with a limit of 10 minutes, and it has motion sensors to detect people entering and exiting.

There are two separate unisex toilets, including an ambulant toilet with baby change facilities.

Council resolved to build the toilet in August last year after much lobbying from the business association and strong public support.

Construction of the New Zealand-built toilet began in early March.

The facility is across the road from the clock tower, on the Commonwealth Bank corner.

Currently the toilet is open from 7am to 7pm.