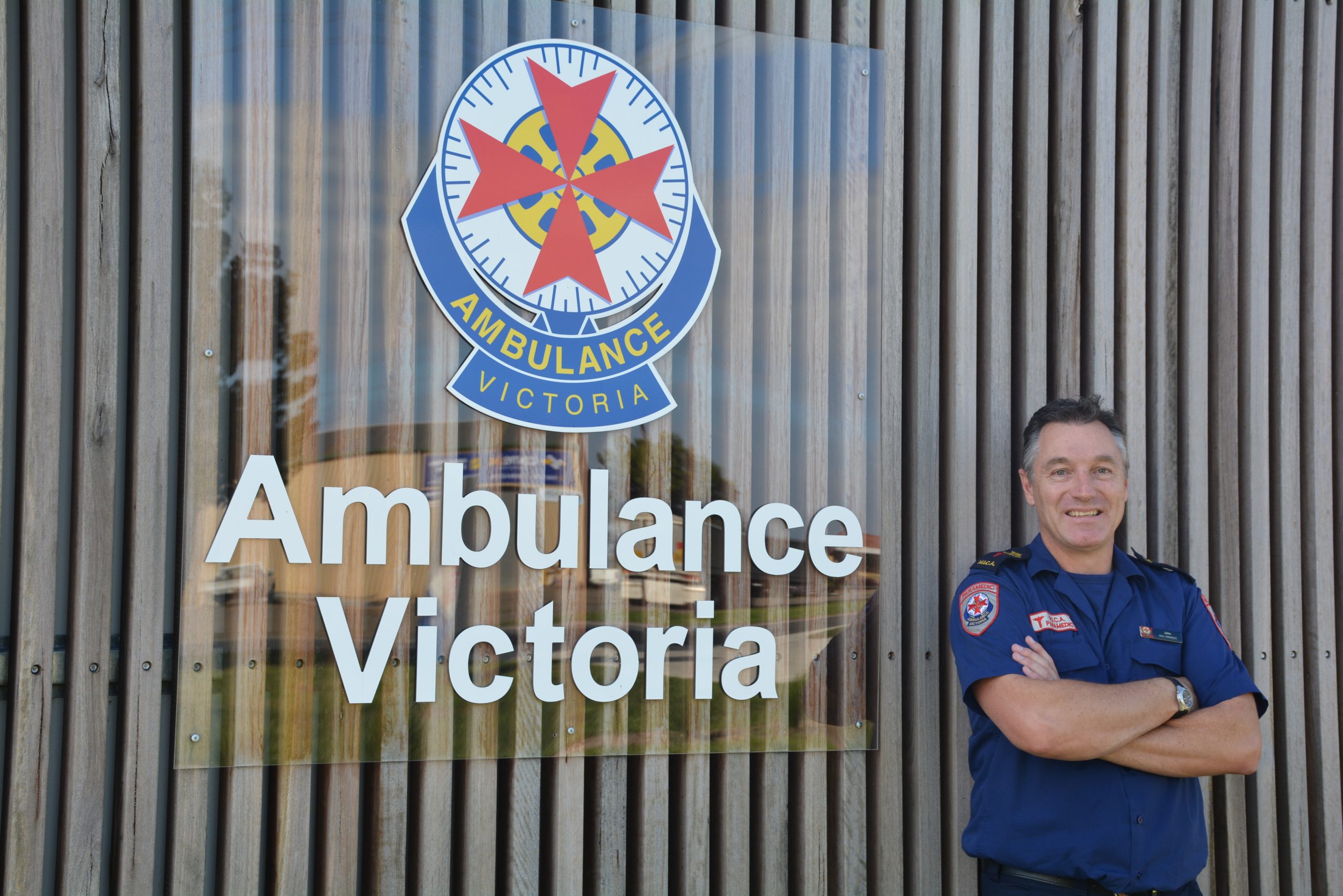 PEOPLE are invited to a behind-the-scenes look at the new Maffra ambulance branch when it holds a community day next Wednesday, April 20.

Tours of the branch, meet and greets with the paramedics who work there and CPR demonstrations will be among activities which will run from 2pm to 5pm.

There will be historic ambulance vehicles, a sausage sizzle, community education displays and visits from Maffra Fire Brigade and SES volunteers.

The Maffra branch operates around the clock,  with 16 paramedics working from the branch on a rotating roster.

“I’d encourage everyone to come down to the community day,” he said.

“It’s a great opportunity to meet the highly-trained, dedicated paramedics who work here and inspect the facilities, vehicles and equipment we use every day.

“A lot of people who we help are thankful that we’re in town and we’re proud to serve the whole community.”

Mr Foley, who has been serving in Gippsland for eight years, said the new facilities were the best he’d ever seen.

The new 24-hour branch is the base for emergency responses and features a three vehicle bay garage, as well as training-study and bedroom areas, a new kitchen and lounge.

The facility is more modern, comfortable, and suitable for modern ambulance requirements, which improves morale and performance, according to Mr Foley.

“I still love coming to work,” he said.

“Maffra’s just a great place; you get good quality work, and it’s not the busiest branch in Gippsland … you can mentally recharge between cases, you’re not overwhelmed here.

“The team here has a really strong commitment to each other, they look after and maintain the branch; they support each other.”

During the open day, CPR demonstrations will take place, which will be useful as refreshers, as well as talks on how to properly phone 000.

“For people who have never called 000, it’s actually quite a traumatic experience,” Mr Foley said.

“Letting them know that the call taker will ask what their phone number is, what their location is, and then ask them some questions, to be prepared to answer these questions, and we can tell them why that’s important.”

Only three AEDs are in the Maffra area, and none are registered in the township itself.

He urged any organisations with AEDs to register them with Ambulance Victoria, so that when people called 000 with cardiac arrest cases, they could hopefully be directed to a unit close by for use until paramedics arrived.

“Through our auxiliary, we would like to purchase some more and have them strategically placed around town, and educate some of the people within the community to be able to access those if it’s required.”

AEDs can make a crucial difference in saving lives.

“The guys had one the other day; someone had a cardiac arrest in front of them,” Mr Foley said.

“They shocked them, and the person was sitting up and talking before he got to hospital, so that’s a win.”

The Maffra ambulance crew covers a gigantic geographic area, and can support other ambulances from anywhere to Wonnangatta to Loch Sport.

“We had guys sent to Willung South the other night, down near Yarram,” Mr Foley said.

“We work with the SES and are engaged in the alpine and High Country rescues.

Revelling in the new facilities, Mr Foley was looking forward to other aging local branches being rebuilt.

“When you see something like this, staff morale gets up, people are happy to come to work, we’ve got a good branch, good resources … it’s just a good workplace,” Mr Foley said.

“Places like Sale and Yarram, I think in this day and age, any employer is responsible to create a workplace that is modern and has facilities that people are comfortable to use.

“The organisation is heading in a good direction.

“Multiple branches across Gippsland have been relocated or upgraded, and they’re providing a safer workplace.”

The dilapidated Sale branch, built in 1959, is set for a rebuild, which Ms Shing last year said would be completed by the end of 2017.