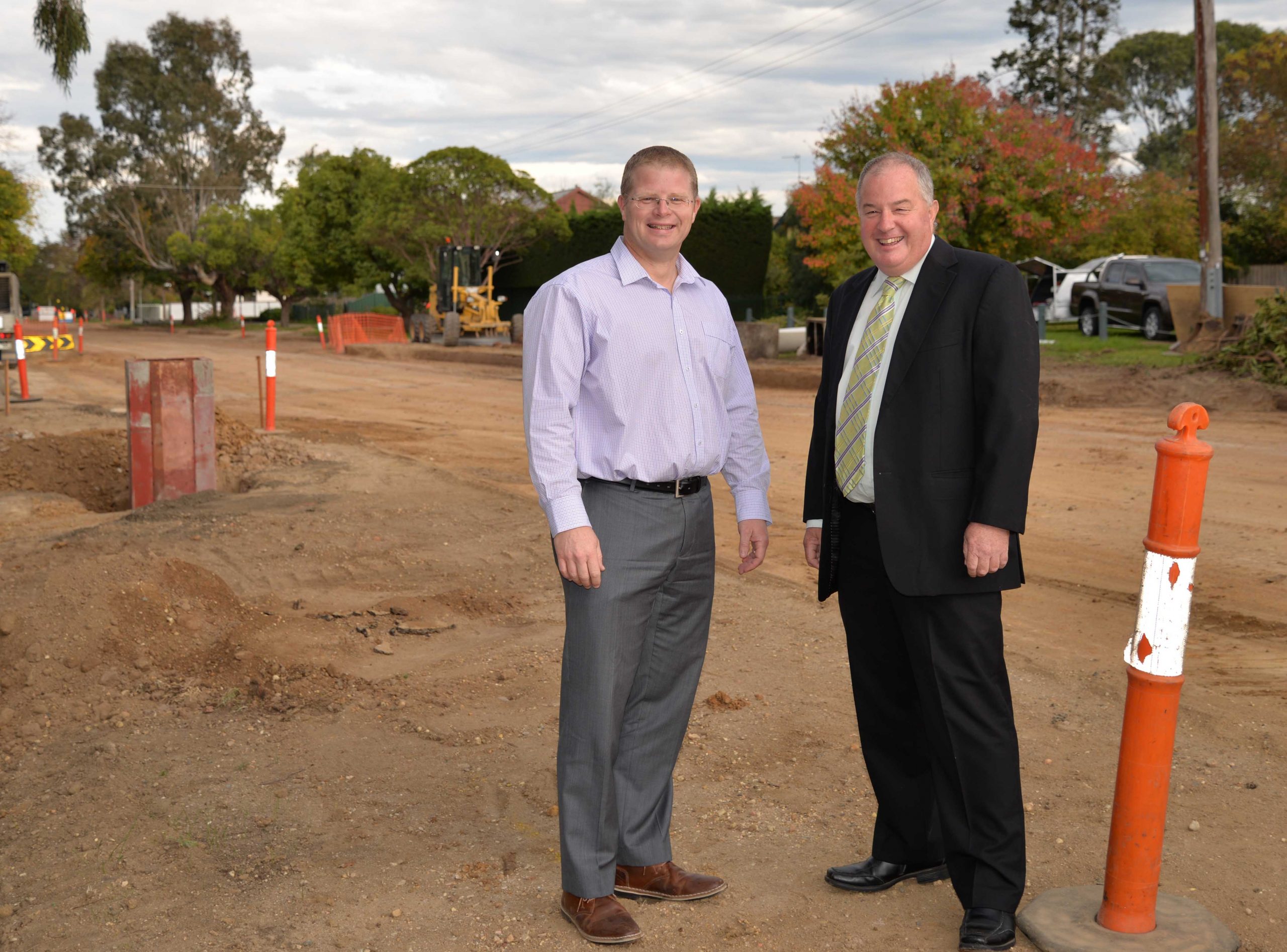 WORKS are now well underway to improve the first street in the rollout of Wellington Shire’s Residential Road and Street Construction program.

Projects in this program are based on special charge schemes, where council and property owners work together to have roads upgraded and unsealed roads sealed.

Property owners in Cunninghame St, Sale, were the first to register interest in taking part in the scheme under the program.

Special charge schemes are only initiated if the majority of property owners on the road want it to be upgraded to a higher standard.

Ninety four per cent of Cunninghame St residents indicated they were in favour of the scheme, and the remaining six per cent did not indicate their preference.

Although it was already sealed, Cunninghame St had unsealed shoulders and deep, open drains.

Once completed, the road will be built to modern standards including kerb, channel, underground drainage and accessible footpaths.

Special charge schemes are a collaboration between residents and council who both pay a portion of the total cost for roads to be built.

The percentage of costs paid by residents depends on the type of road and amount of use by the wider public.

Cunninghame St resident Brad Seeber took a leading role in working with council to get the project underway.

“We as a group of property owners really wanted to see some improvement,” Mr Seeber said.

“Once the plan was released, we put together a list of names and said we’d like to be first cab off the rank.”

Mr Seeber encouraged residents in other streets eligible to undertake a special charge scheme to rally together and register their interest.

“The process has been collaborative through the journey,” he said.

Council has been really approachable and has kept us up to speed with where we’re at.

“I found it open and consultative and they’ve kept us informed to a point where we were pretty excited to see the works start this year.

“While we’re really excited to get some kerb and channel and deal with drainage issues and get rid of the dust, more broadly it offers a safer passage way for vehicles.”

Roads and streets across the shire have been identified as part of council’s Residential Road and Street Construction Plan.

These projects have been prioritised for implementation.

Residents wishing to enquire about their roads or streets can phone council on 1300 366 244.