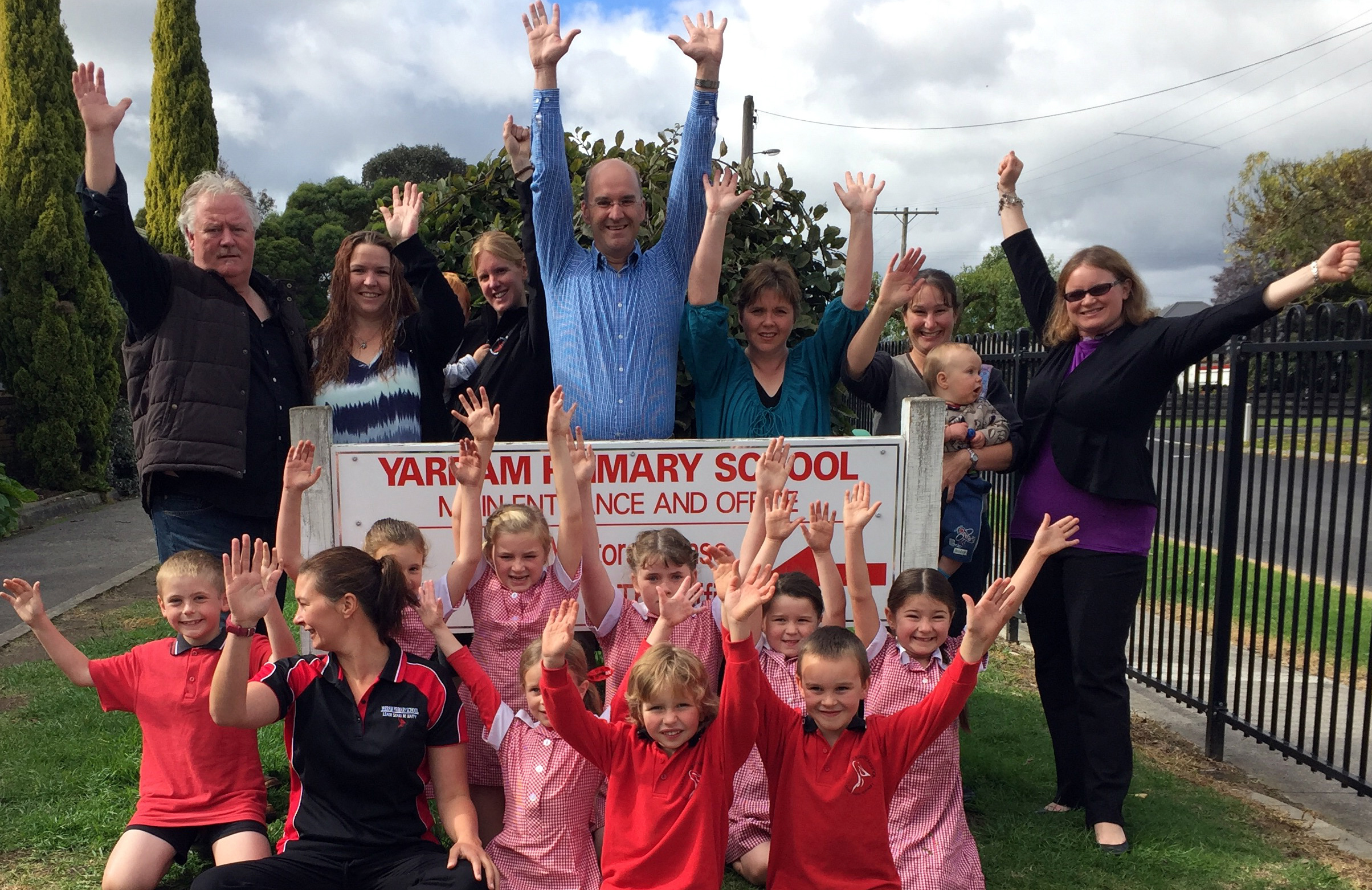 Treasurer Tim Pallas confirmed $4 million will go towards the long-awaited upgrade of Yarram Primary School. It followed the presentation to state parliament of a petition signed by 900 local residents, pushing to rebuild the school.

Yarram Primary is one of five schools across Gippsland to receive an upgrade.

The budget also confirmed $20 million in funding for the next stage of modernisation works in the Macalister Irrigation District.

However a similar amount is also required from the federal government for the works to proceed.

Phase 1B of the project, replacing 85 kilometres of open channels with 38km of pipe, is expected to save 9.7 gigalitres of water annually.

The budget also includes $3 million to begin planning and development work on the last stages of the Princes Highway East upgrade between Traralgon and Sale.

Eastern Victoria MLC Harriet Shing said this was a “common sense investment” which would help meet the needs of Gippsland’s growing communities and road users.

“This upgrade will make it safer for all motorists and reduce travel times,” she said.

“We are investing in better and safer roads that will help local producers and boost our economy.”

There will be a $9 million allocation to upgrade train stations between Moe and Bairnsdale, including works to fix problems with bus interchange and car parking.

There will be two additional off-peak train services each day to Traralgon, while V/Line’s classic fleet will receive a revamp, including fixing air-conditioning.

The budget funds a package for the Latrobe Valley, with $40 million to bring in new, high-growth industries, and $51.2 million to implement the findings of the Hazelwood Mine Fire Inquiry, including funds to improve local health. A $12.4 million investment will drive the transition from brown coal to renewable energy.

Funding has also been allocated to establish a tech school in Morwell.

Ms Shing said the government was investing in Gippsland’s success.

“It’s giving us the support and engagement we need now and for generations to come,” she said.

The budget provides $260 million to repair unsafe and deteriorating road surfaces across regional Victoria, $427 million in road safety upgrades, and $52 million for the smaller, local roads.

The government will provide $6.2 million to extend the fox bounty for a further four years and double aerial baiting to autumn and spring for wild dog management.

While welcoming funding for Yarram Primary School and the MID, Gippsland South MLA Danny O’Brien was disappointed there was only planning money for the completion of the Princes Highway duplication, no funding for a new fire station at Yarram, no new services or rolling stock for the Gippsland train line beyond Traralgon, and a cut in road maintenance funding compared to the last Coalition budget.

“With this Labor government it seems the further you live from Melbourne the less you get,” Mr O’Brien said.

“Labor has had windfall gains in stamp duty, payroll tax, land tax and the share of GST revenue, but still felt the need to add a new tax on Latrobe Valley power generators, which is an attack on Gippsland jobs and will add pressure to electricity bills. Victorians will pay $1.4 billion in extra tax next year but are getting less back from their government.”

Another project to miss out on funding, according to Gippsland East MLA Tim Bull, was an upgrade of the Stratford Rail Bridge.

“Given the planning and costings were almost complete two years ago, I am at a loss as to why that was not funded when the government is boasting a surplus,” Mr Bull said.

While not specifically mentioned in the budget papers, Mr Bull was able to confirm with the Environment Minister that $10 million had been provided for the Gippsland Lakes Environment Fund over the next four years.

“Gippsland train commuters deserve funding and investment in adequate rail services, particularly after the horrendous months of travel they have had to endure earlier this year. The announcements in today’s budget to address that are welcomed,” she said.

Ms Aldred said the Skyrail project in Melbourne provided an opportunity to build a third and fourth line for Gippsland.

“While there are some welcome and substantial funding allocations for environmental programs, particularly in river health and coal mine rehabilitation, overall this budget leaves the Andrews government with a lot of heavy lifting to do with upcoming renewable energy, climate change and biodiversity policies,” he said.