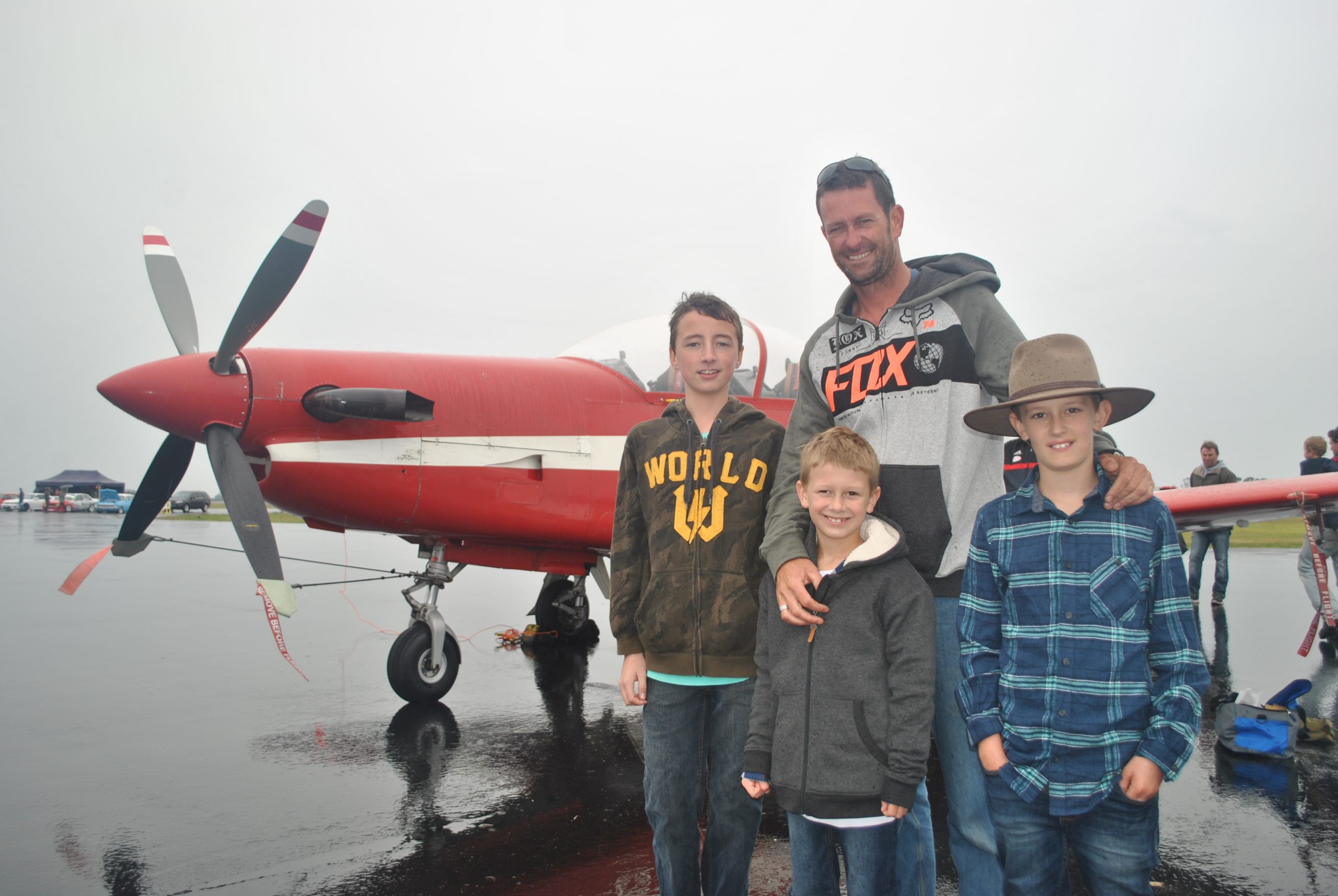 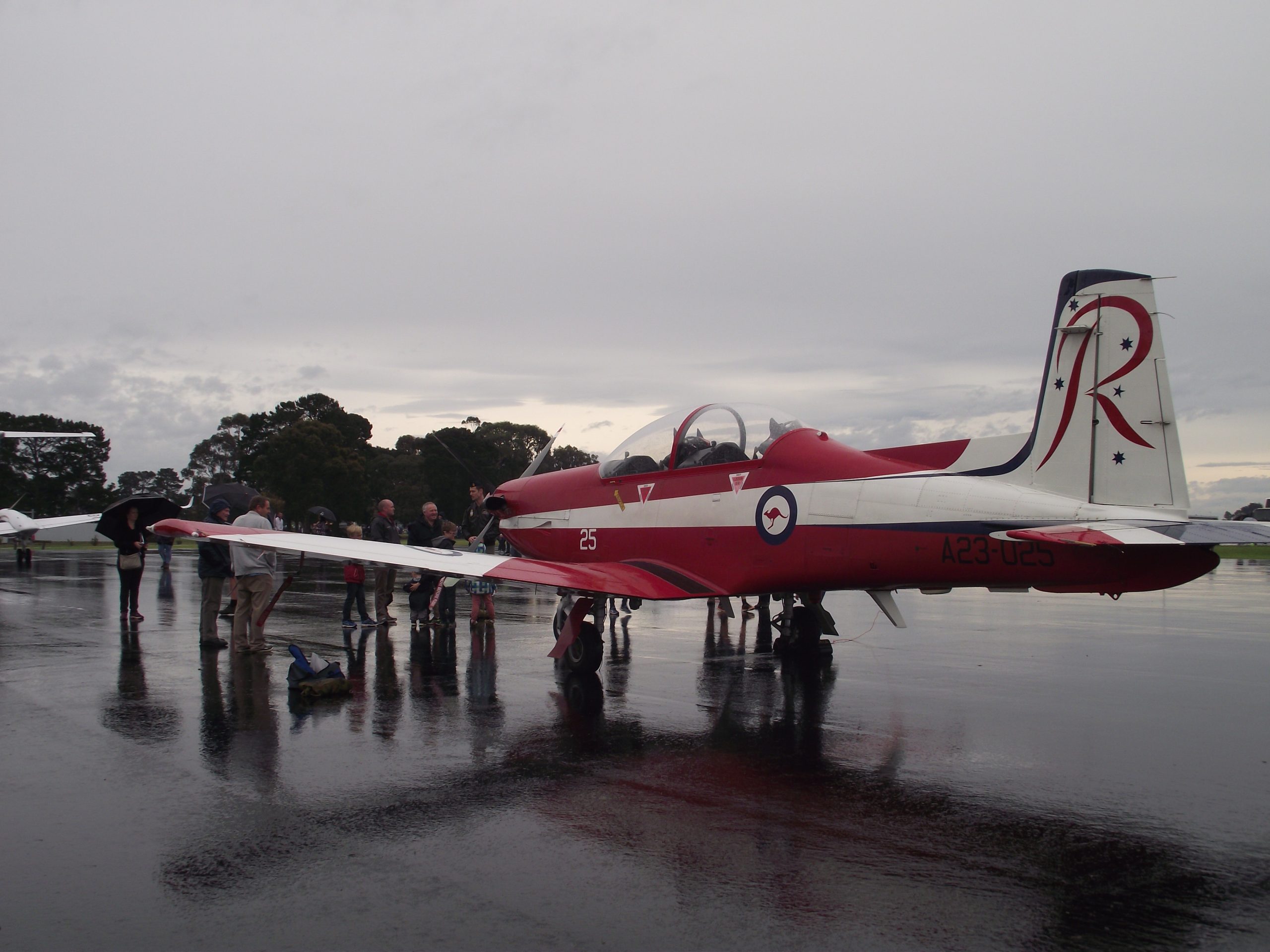 A HUGE crowd turned out at the RAAF Base, East Sale’s community open day on Sunday.

Despite being dampened by the rain, thousands of people were thrilled by aerobatic demonstrations, as well as helicopter rescue displays.

“There’s not much we can do about the weather, it’s been a bit disappointing in that respect, that’s sort of slowed us down on the aerial displays,” he said.

“But by and large I think people are happy with what they’re seeing, and getting amongst it.

“We’ve done what we wanted to do, which is show off the base, and let people have a look.”

Wing Commander Quirke estimated more than 5000 people toured the base with more than 4500 tickets claimed and many hundreds of base personnel’s family members attending.

Children were delighted by the flyovers from the Roulettes, and were able to climb inside a Bushmaster vehicle and a KingAir 350 training aircraft.

Tours through various training buildings and flight schools were also popular, especially in the new buildings.