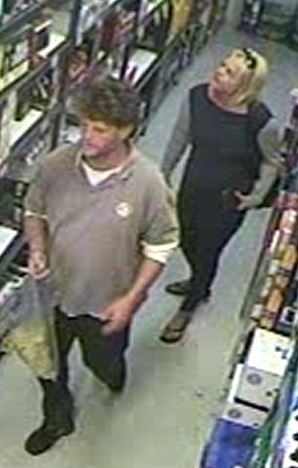 POLICE are seeking public information in relation to alleged thefts from two alcohol stores in Sale.

A man and woman entered the cool room at Liquorland in Sale about 3.57pm on May 7, where the man reportedly put five cans of alcohol in the woman’s handbag and exited the store without paying for them.

Police said the man paid for a cask of wine.

On May 9, a man and woman reportedly stole a 10 pack of alcohol cans from BWS in Sale.

Police said the offenders entered the cool room about 1.30pm and the man put the cans into the woman’s bag before exiting the store.

The offenders are not known to police and police believe they committed both thefts, and possibly others.

People with information are urged to phone Senior Constable Manson at Sale police station on 5142 2200.