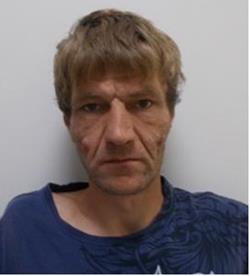 The 34-year-old man is wanted by police in relation to outstanding warrants.

Kerton failed to appear at the Bairnsdale Magistrates Court on April 20 for charges of burglary, theft and drugs.

Investigators have released an image of Kerton in the hope someone may recognise him or have information on his current whereabouts.

He is described as about 173 centimetres tall with a thin build, ruddy complexion, hazel eyes and short blonde/fair hair.

Kerton is known to frequent the Bairnsdale, Sale and Maffra areas.

Anyone who sights Kerton has been asked to phone Crime Stoppers on 1800 333 000 or make a confidential report at www.crimestoppersvic.com.au.