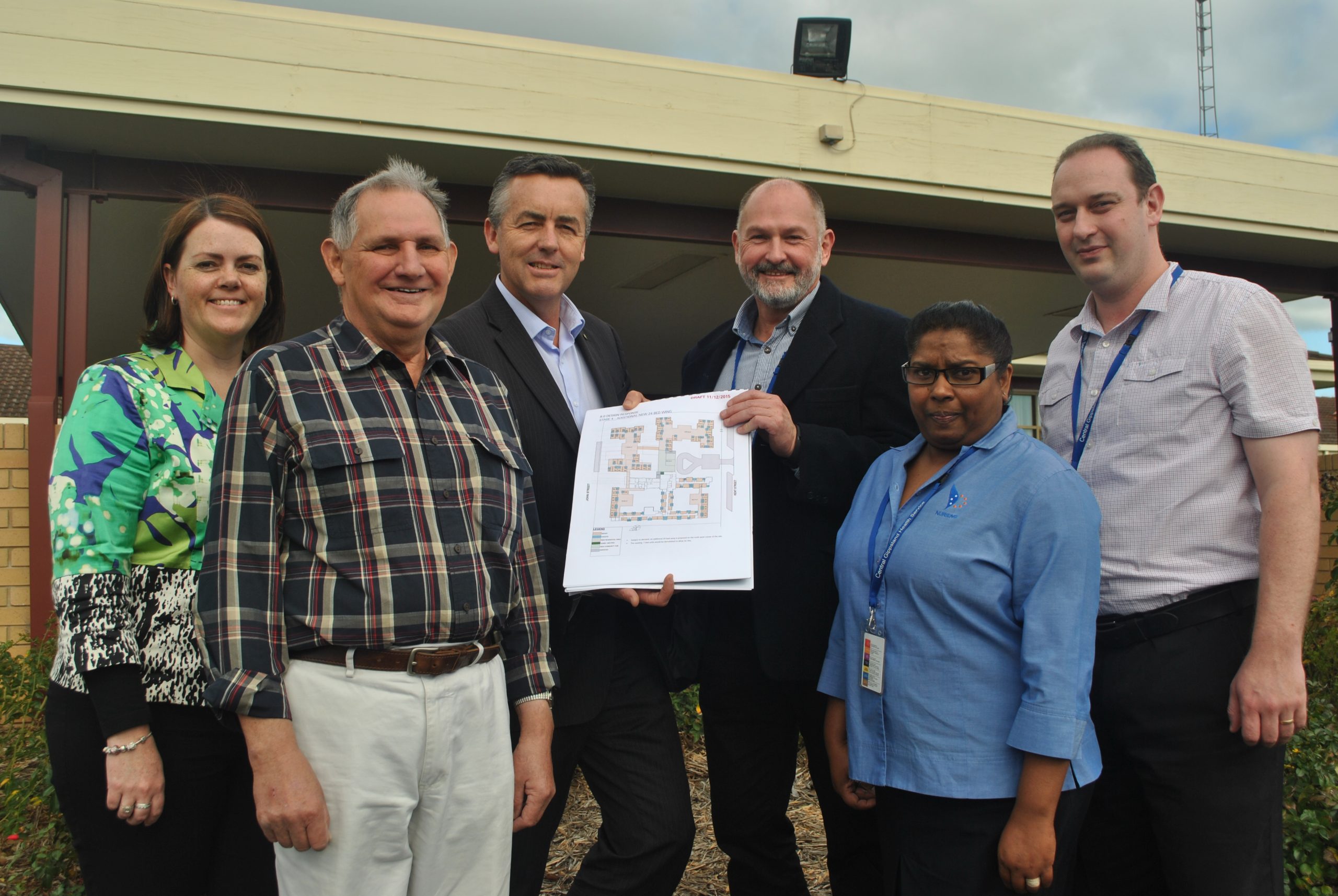 Two wings will be built as part of stage one of the $6 million redevelopment, and the current buildings will be upgraded.

The 42-bed facility will increase to 44, and two new common areas will be added.

Stretton Park was built in 1977 and is currently home to 42 residents.

Mr Evans said the increased size of residents’ bedrooms and bathrooms and the corridors would better accommodate mobility walkers and motorised scooters.

Mr Evans said with the aged care reforms and a highly competitive aged care market, the choice was either make the necessary changes or prepare to close.

“We started strategic planning with the sound knowledge that this facility is time limited,” Mr Evans said.

“It’s been a great facility but it’s reaching the end of its useful life.”

Mr Evans said everyone was excited about the redevelopment plans.

“It will be a very, very high quality design with very spacious and really good amenities,” Mr Evans said.

“The other beautiful thing about this design is, because it’s staged, we can build the new wings beforehand so we won’t have to move residents (offsite).”

Mr Evans said the project would be partly self-funded, with hopes the funding gap, about $2.5 million, would be covered through the next Aged Care Approvals Round and fundraising.

If funding can be secured, Mr Evans predicted the redevelopment would begin within the next 12 months.

Gippsland MHR Darren Chester was in Maffra on Friday to view the plans and said it was an important project which he was keen to support.

“The Stretton Park facility has served Maffra very well for 40 years, but there’s a clear need for upgrades to meet modern standards, to meet the expectations of older people in the 21st century and also to meet the aged care standards,” he said.

“I’m also keen to work with the board on their fundraising activities in any way I can,” Mr Chester said.

“Maffra is a tremendous community for fundraising and building local facilities and so I’m very keen to support them in those efforts.”

Mr Chester said it was important to ensure that older people could access the care they needed within their own community.

“We don’t want people to be forced to travel long distances away from their families and friends,” he said.

“It’s very upsetting for them and it’s also dislocating them from their support network, so we want people to be able to get that care in the local community.

“I’m very keen to support growth in the aged care sector across Gippsland.”

“The outcome of this development will certainly need the support of the community to come to fruition,” Mr Clifford said.

“The size of the rooms will meet current standards to satisfy the care required for the higher level needs, like mobility devices and wheelchairs.”

Mr Evans said there was potential for a three-stage redevelopment, with a community hub proposed for the next stage to connect Stretton Park with the community.

Future stages will be approved by the board if and when funding can be secured.