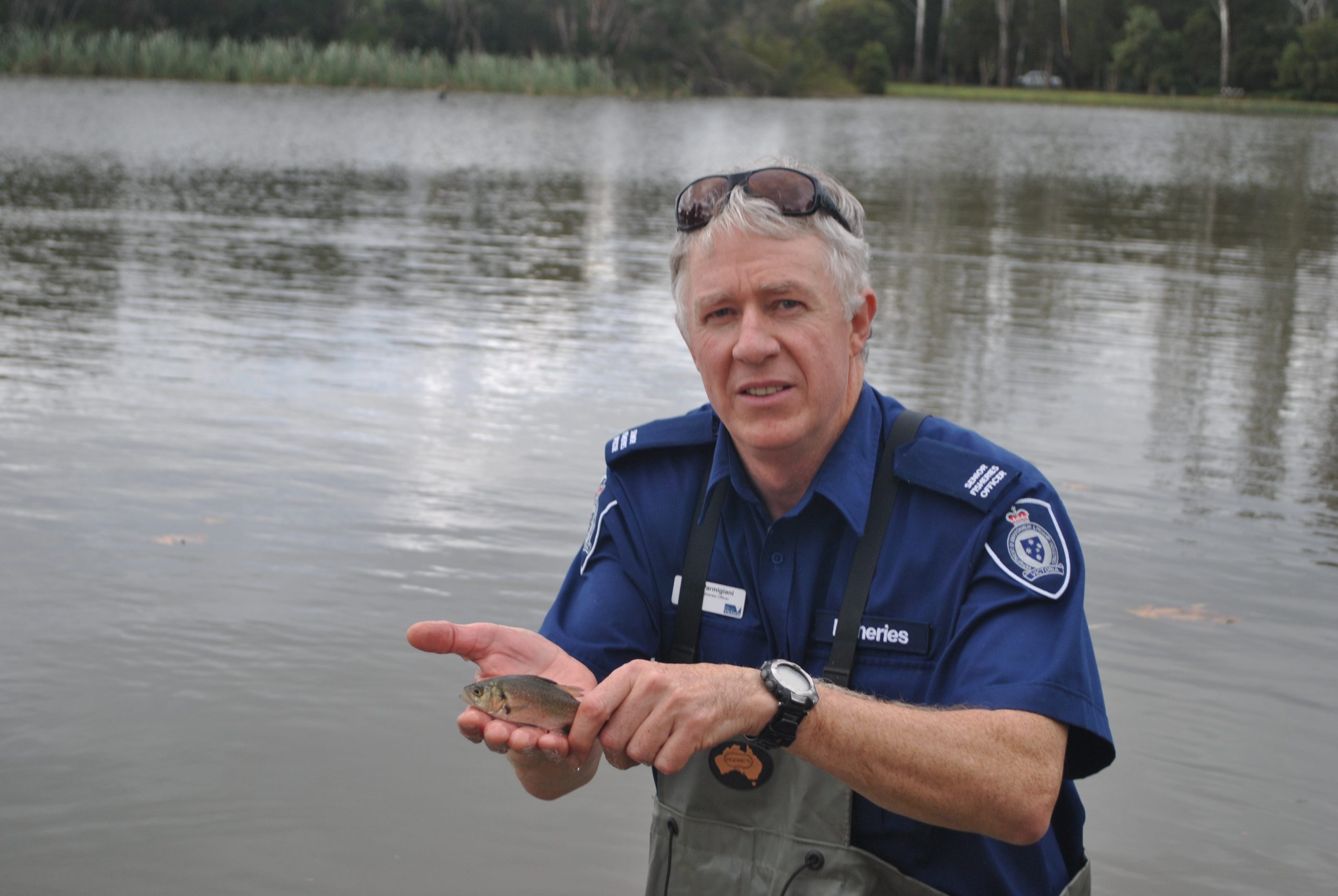 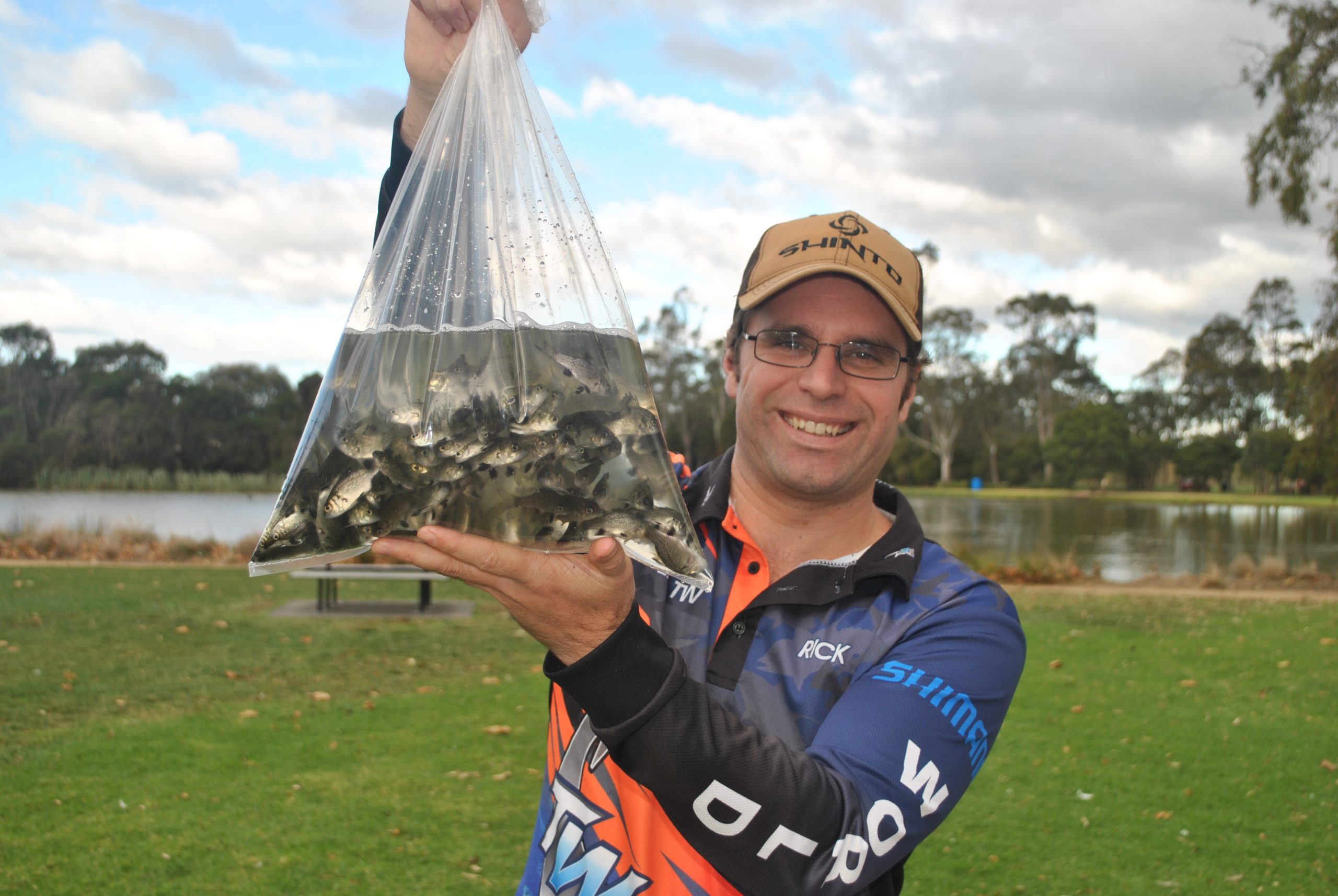 THERE was something fishy going on at Lake Guthridge in Sale last Thursday afternoon.

About 4000 Australian bass, ranging from 2.5cm to eight centimetres in length, were released into the lake to increase recreational fishing opportunities.

About 9000 bass fingerlings were also released into the Tambo River, between Bruthen and the Timbarra River.

The stocking included the biggest bass fingerlings ever released in Victoria, with several of the fingerlings spanning the palm of the fisheries officers releasing them.

The fish were extra, late-season fingerlings which became available at short notice and were funded by the state government’s Target One Million plan and the East Gippsland Catchment Management Authority.

The bass are expected to take about three years to reach the legal minimum size of 27cm, although the fingerlings were larger than usual, having been kept in the hatchery longer.

The fish were grown in a hatchery near Narooma, New South Wales.

“We know that time spent with family and friends in the great outdoors is good for our health and good for the regional communities that provide goods and services,” she added.