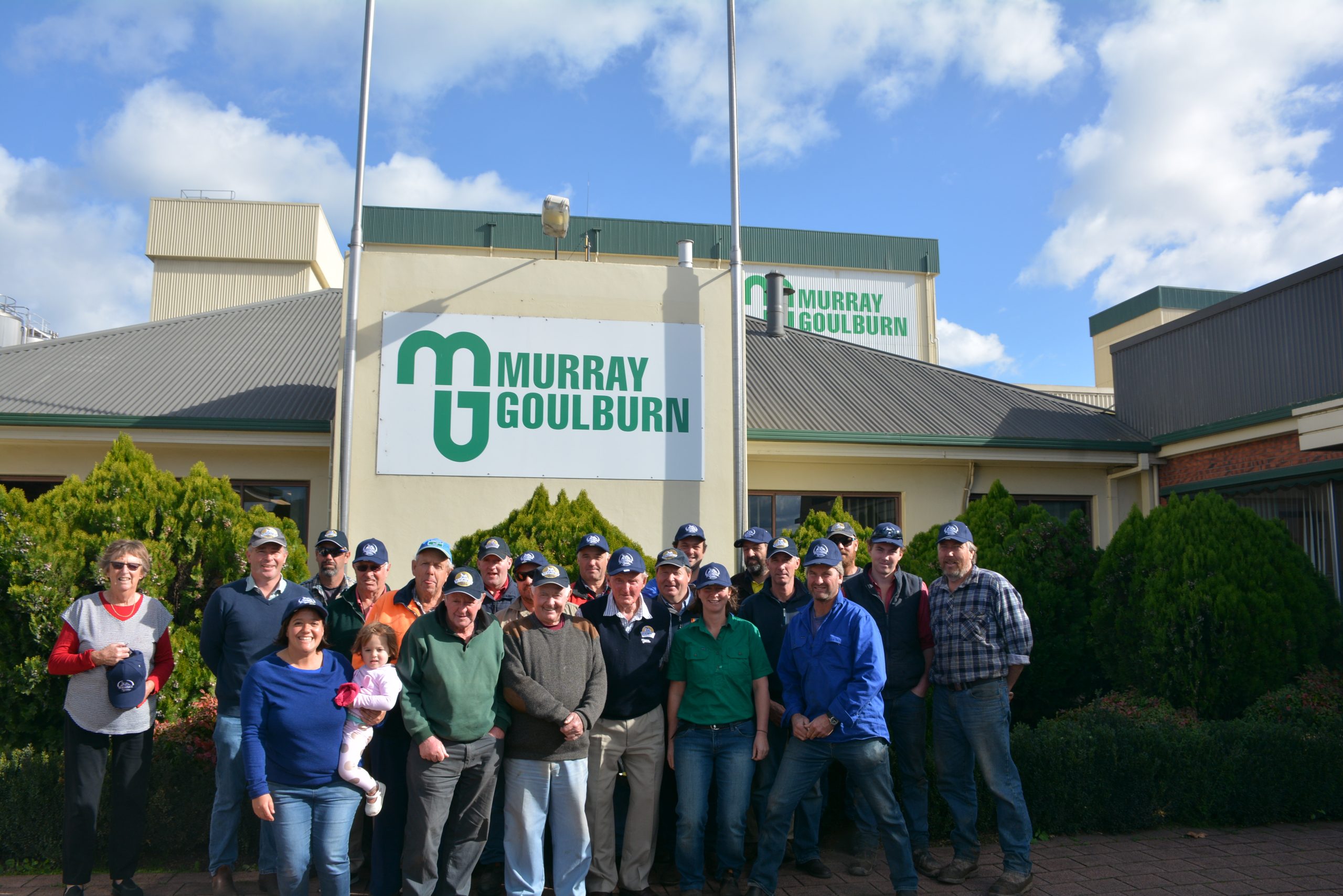 The focus of the farmer’s rally was on optimism, with many saying they supported the board and the direction of the co-operative.

A spokesman for the cooperative said the milk price from May 11 to the end of the current season would only drop 13 cents to $5.47, and the difference between this price and whatever next year’s price is would be repayable over the next three years.

Interest free and deferred payment supplier finance will be introduced, as well as extended terms on MG Trading accounts for farm supplies.

“We’re not aware of any company providing a more comprehensive range of support facilities at this time,” the spokesperson said.

Newry farmer Tim Dwyer said the only thing that would deliver a strong milk price into the future was a strong cooperative.

“We hope that everyone sticks together behind the cooperative, because we’ve seen downturns before and we’re sure it’ll come back stronger in the future,” he said.

“The evidence is there that it’s been a strong company, maybe something happened this time that wasn’t picked up early enough, but I’m confident of the future.”

According to a Murray Goulburn spokesperson, the conditions surrounding the commodity cycle were unprecedented.

“We have also had an unexpected fall in the rate of growth in sales of adult milk powder sales in China, which had until recently seen exceptional growth,” they said.

“As a result, unfortunately we needed to reduce our farmgate milk price to reflect these tough trading conditions.”

Professor Jakob Malmo, a dairy farmer and veterinarian, said he hoped the company would move toward more value-added product, instead of bulk commodities.

“We export nearly half our product now, but we’re looking at instead of exporting bulk commodity, exporting value-added processed product, which can return better returns to the producer, and help employ Australian people as well in doing so,” he said.

Murray Goulburn said it has been meeting with suppliers to understand concerns.

“At these meetings there has been overwhelming support for our strategy of producing more dairy foods that reduce the impact of volatile commodity markets on our business,” the spokesperson said.

“Farmers understand that the weak global milk price is an industry-wide problem outside of our control, and that our strategy is a sensible approach to dealing with this issue — that also positions us for future growth in Australia and internationally.

“We’ve also announced a new leadership team structure to maximise efficiency across our operations and optimise execution of our value-add investment plans.”

The major news that all the farmers agreed on was needing the opening milk price for next year so a recovery could be planned.

Some farmers said they wanted it as soon as possible so they could get on with the job, while others were content to wait another month or two, in case the price rose.

The opening price is the initial offering for the year ahead from milk processors, which can rise or fall through the year.

Farmers plan their business strategy based on the price, and the dramatic drop in the price is what caused the current crisis.

Those rallying in Maffra were also concerned about the wellbeing of their fellow farmers.

Mr Anderson encouraged people to reach out if the stresses were becoming too much.

“We’ve been through it before many times,” he said.

“I think it’s important that if there’s someone out there in strife that they get some help, not so much financially but emotionally, and talk to people, I’m more worried about that. I think if someone out there needs to talk about it, please do it.”

Murray Goulburn is also encouraging the community to pull together, and asked consumers to add an extra dairy item or two to their shopping lists.