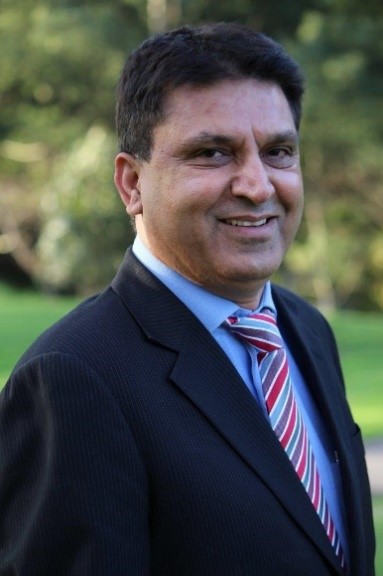 THE federal election campaign for the seat of Gippsland has finally fired up.

The long awaited nomination of the Labor party’s candidate on Wednesday has added interest to the campaign, with Morwell resident and accountant Shashi Bhatti set to take on the massive challenge of displacing the incumbent National party’s Darren Chester.

Labor’s originally announced candidate, Carolyne Boothman withdrew from the contest when it became clear she would have to resign her teaching position to contest the seat.

Mr Bhatti moved to Gippsland in 1989 and became an Australian citizen in 1992, giving up his Indian passport.

“In Australia, I was able to access education and training. I took on any job I could to pay the bills and feed the family,” he said.

“I totally endorse the values of the Australian Labor Party — providing opportunities, jobs, education, and access to health care.

“I look forward to listening to the community in Gippsland, and representing their needs in our parliament.”

Aspiring candidates have until next Thursday to nominate with the Australian Electoral Commission.

Mr Chester held the seat at the 2013 election with 65.8 per cent of the two party preferred vote from the Labor party’s Jeff McNeill. In fact he had already secured the seat with an absolute majority of 47,533 first preference votes, or 53.8 per cent of the valid votes cast.

The Gippsland electorate has been held by conservative parties since 1901 and by the Nationals, or their predecessor the Country Party, since 1922.

Even the inclusion of parts of Morwell and Traralgon in the electorate in 2004 failed to make it marginal.

Mr Chester has made the campaign front running so far, wheeling in Nationals leader and Deputy Prime Minister Barnaby Joyce to announce $20 million in funding for the Macalister Irrigation District to match the $20 million promised by the state Labor government and a similar contribution from farmers through Southern Rural Water.

Mr Joyce also announced $520,000 to encourage sustainable farm forestry, a measure described as vastly different to the failed managed investment schemes that resulted in large tracts of farm land converted to plantations, often in the pursuit of tax breaks.

Since then Mr Chester in his capacity as Infrastructure Minister has announced millions of dollars in funding for Blackspots funding for road upgrades.

His most recent election promise is for $1.3 million for home based care.

“We know that older people prefer to stay in their own home for as long as possible,” Mr Chester said.

“This funding will provide the support that is needed to continue living at home, and help older Australians and younger people with disability to maintain their independence and connection to the local community.”

Greens candidate Mr Onley has championed the development of a plan to transition the Latrobe Valley from coal to a renewable economy that would ensure jobs and prosperity. He has focused on climate change, health, education and cost effective and timely processing of asylum seekers, while accusing the Liberal National coalition of widening the gap between the wealthy and everyone else.

“I am urging all voters to think carefully about which party truly represents the best interests of regional Australia and vote Green in the upcoming election,” he said.

Renewable Energy Party candidate Peter Gardner has similarly focused on promoting the renewable energy cause and arguing for an orderly phasing out of coal fired power generation and the development of employment opportunities.

“Some of the environmental groups are talking about jobs (in the restoration of the open cut mines) but I think the jobs have to come first (before the closure of the mines),” Mr Gardner said.

Independent Christine Sindt has emphasised her Christian values, her rejection of homosexuality and argued against marriage equality as leading to a new stolen generation, while calling for a metamorphosis of education.

“The fundamental issue is that the child of same sex parents becomes a commodity which is not part of a natural family unit,” she said.

“I have a strong Christian faith and am both proud and thankful for our nation’s Christian heritage. A heritage of freedom and truth which I believe needs to be upheld and defended,” he said.

While perennial candidate Ben Buckley is yet to formally register his candidature, he has called for the constitutional recognition of local government, the reduction of council rates for commercial enterprises and less government restriction.